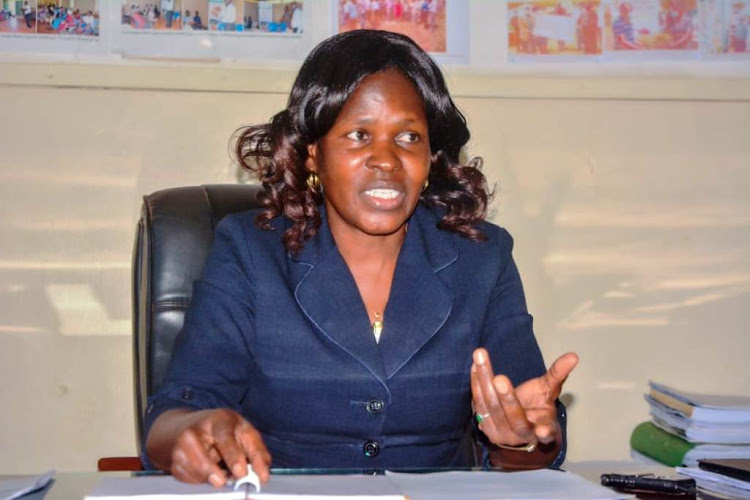 SIAYA CECM for Agriculture, Livestock and Fisheries Dr Elizabeth Odhiambo during the interview with The star at her office at the county headquarters.
Image: MARTIN OMBIMA 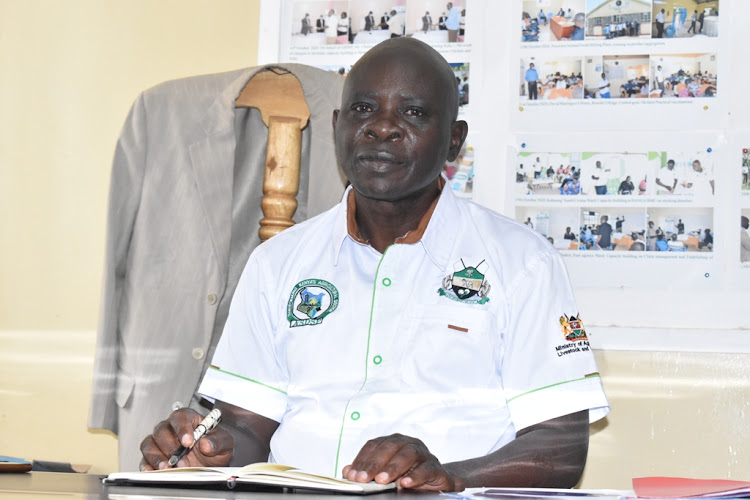 Poverty among the youth remains a major challenge in Kenya.

According to the 2019 population census, the youth account for 29 per cent of Kenya’s population of 47.6 million.

Of the number, some 24 per cent of the youth were jobless. The situation has since been worsened by the Covid-19 crisis.

Those in the rural areas are worse off, with the majority living from hand to mouth.

The problem has also been compounded by preference for white-collar jobs, which have, however, shrunk given the rise in population.

Across, the country, there is widespread cries for the National and County governments to fix the unemployment situation before it gets out of hand.

Insufficient funds, poor planning, and lack of proper structures, particularly in rural areas, stand in the way. This is no exception in Siaya.

The county now wants its youths to stop waiting for white-collar jobs.

Siaya Agriculture executive Elizabeth Odhiambo says most graduates leave university in the hope of getting office jobs, instead of exploiting their knowledge to create jobs.

She expressed concern that young people put premium on white-collar jobs instead of investing in agribusiness, which, he said, pays more than employment.

“Suppressing poverty is not an issue to these devolved units; the challenge is getting youths who are ready to invest in the agricultural sector,” Odhiambo said.

Odhiambo said of those they have worked with, a few have taken advantage of county resources to change their lives.

The number might be higher following the Covid-19 crisis that has ruined economies.

Businesses were shut down and many continue to collapse. This left many youths jobless. Companies resorted to layoffs to reduce their wage bill in the face of dwindling revenue.

The catastrophe further led to food anxiety not only countrywide but globally, with the greater part of the population grappling with rising food prices.

Against the backdrop of diminished jobs and incomes, Siaya has intensified its war on poverty by turning to agribusiness to empower residents, especially women and the youth.

Some of the projects the county is focusing on are fish, traditional vegetable and millet farming.

“Fish being a stable food for the locals, the county pumping millions of shillings into the fishing sector to boost incomes was not a big deal,” Odhiambo said.

Speaking to the Star in her office at the county headquarters, she said fish farming is slowly picking up.

“We picked up from the 2012 economic stimulus fish ponds that had grounded initially, enabling our projects to have less hiccups within the remote areas,” Odhiambo said.

“We had 284 farmers under that project but due to lack of a sustainable programme, they all grounded.”

She said many farmers are slowly shifting from indigenous fish fingerlings to the improved one leading to better production. The county has further used Sh3 million to train farmers in the use of proper gear.

“The improved ones are enhancing and increasing productivity within the market space,” the executive said, citing an increase in demand for fish. 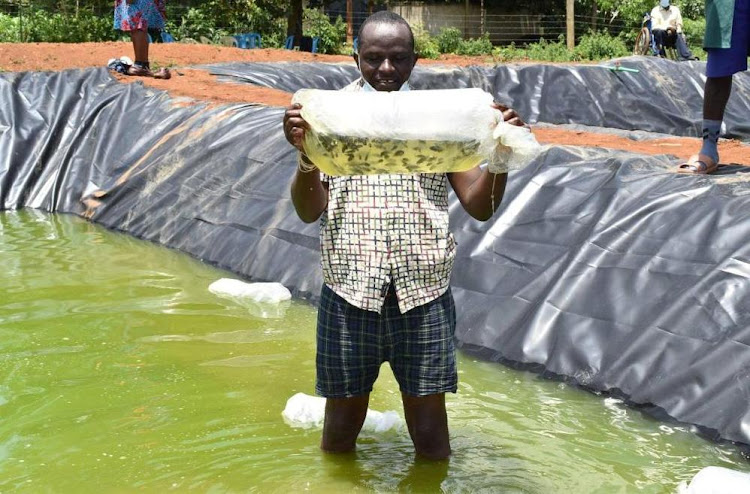 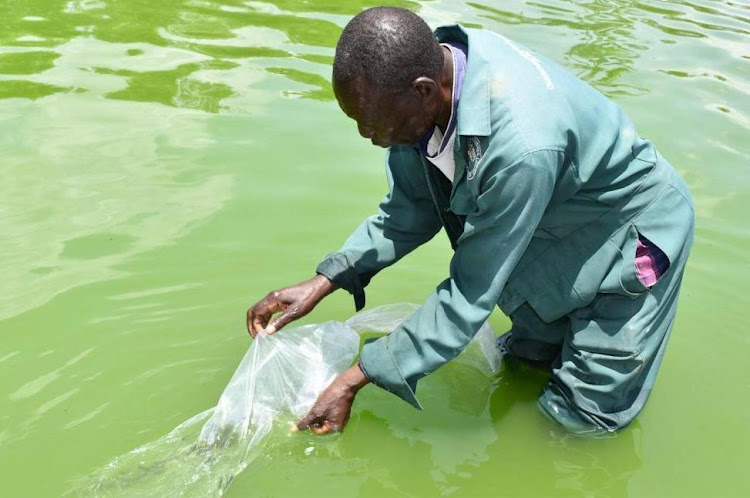 “We are eyeing between 28-30 tonnes of fish within our locality and that is specifically for factory or industry,” she said.

For the county to achieve high production, it has trained more than 1,000 fish farmers.

The County Executive Committee member said with such targeted production, transport and additional personnel would be needed, especially at processing plants. That means more jobs and earnings.

Chief officer Charles Siso, who accompanied the executive, said the county will gain in revenue collection and tame unemployment. 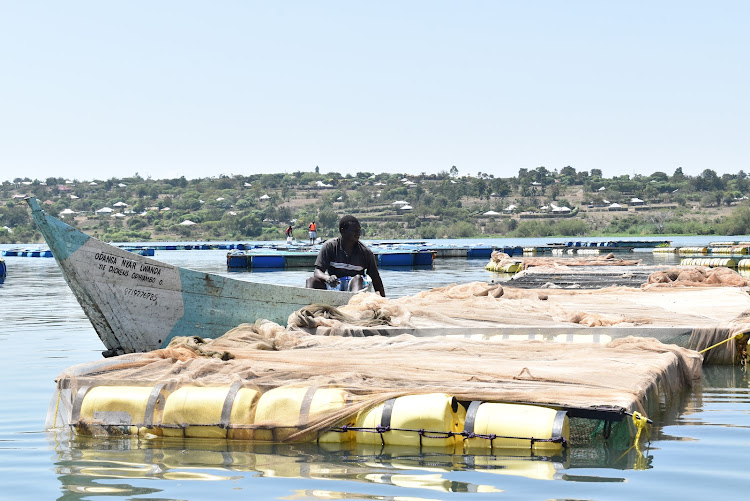 Odhiambo said fish farming is a long-term project that will empower many families and sustain them financially.

She, however, cautioned that it needs proactive youths who can run it successfully to achieve the intended goals.

“We are currently having a bill on grants and subsidies for our fish farmers to lower the cost of production,” she says.

“We are also working closely with the members of the county assembly to allocate 10 per cent of their development fund to fish farmers.”

They are also engaging residents and training them on how to produce feeds to reduce cost of production.

Siso says they plan to set up a fish factory in Bondo, a central place that will be easily accessed by farmers.

“Within that factory, we are going to set coolants to ensure no fish is spoiled.”

Odhiambo says they are also involving women in the project to protect them from predators on the beaches.

“Sex for fish is a problem, but we can only fight it if we directly involve women,” Odhiambo said.

Governor Rasanga had previously warned the youth against focusing on politics. He instead wants them to engage in meaningful ventures to improve lives.

“Politics is a risky game; if you win the better, but when you lose, it’s unfortunate,” he said.

“No company hires politicians, unless you are given government appointments.”

He said politics is a short-term job and has more demerits than merits.

Rasanga urged youths to invest in their profession and strengthen their financial muscles first before venturing into politics.

“As an administration, I realised that empowering these youths to stand on their own was to initiate projects that economically uplift them,” he said.

The county chief said a number of projects initiated by his administration have created jobs for the youth.

“On that fish farming, we have those who supply to the market, those who fish, and those who prepare fish on the lakeshores,” he said.

“We also have youths who have specialised in cage-making and sells them to fish farmers.” 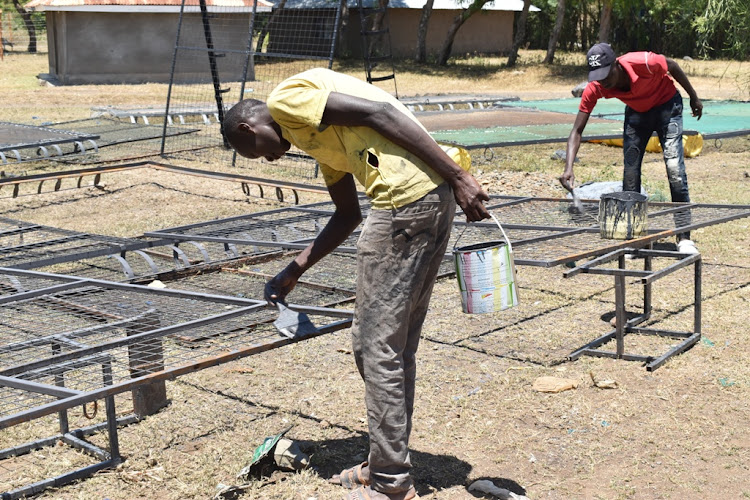 SIAYA Fish cages under construction at Luanda Kotieno near Lake victoria shows. they are painted to protect them from rusting.
Image: MARTIN OMBIMA

One of the biggest challenges is feeding fish. Some farmers have, however, come up with measures to tackle the problem.

Odhiambo said water quality has declined because of eutrophication arising from inflow of nutrients into the lake, and the massive blooms of algae that cause hypoxia in deep waters.

“Another challenge we are facing is overfishing and oxygen depletion that threaten artisanal fisheries and biodiversity,” she said.

He said fish is a source of protein, which is crucial to good health. It also has Omega-3 fatty acids that keep human heart and brain healthy.

“When we speak of proteins, there are about nine functions in our body, but the major ones are three,” Mamadi said.

“Protein does most of their work in body cells where growth and maintenance took place,” Mamadi said.

He said they are in constant state of turnover where a body breaks down equal amount proteins used in body build-up and tissues repair.

“Sometimes the body breaks down more proteins, increasing the body’s need,” he said.

“This occurs much in periods of illness, pregnancy and breastfeeding.”

“Vitamin D is more beneficial for calcium absorption that is good for bone health and development,” Akoya said.

She added that omega 3 and fatty acids help to lower the cholesterol levels and lipids in the body.

Akoya said fish is further rich in phosphorus and is a great source of zinc, iron, selenium that help in vision. 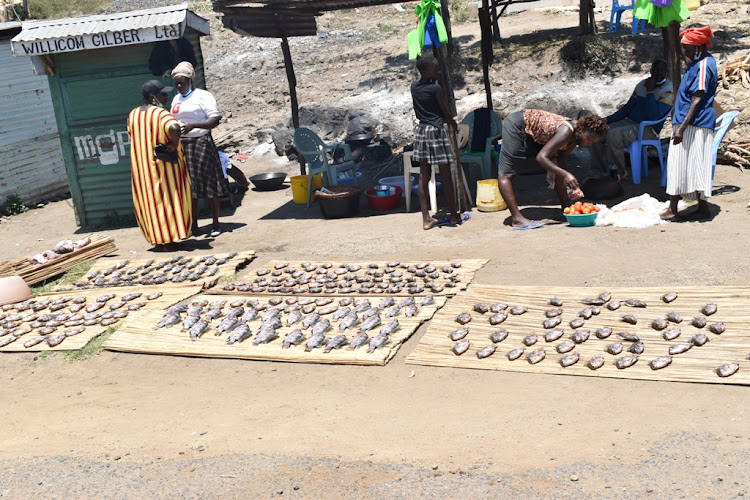