• Sights of rusting metals and children playing football along the beach are signs and reminders of past and present –war and peace.

• Canters and lorries climb uphill with cargo offloaded from containers at the port. 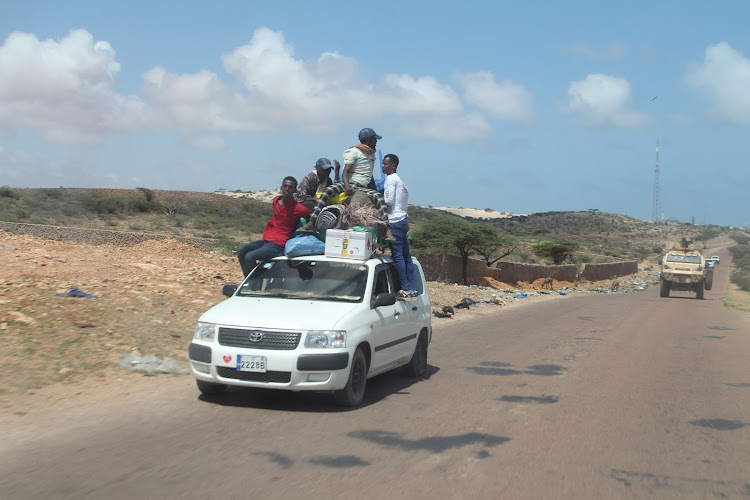 An overloaded Probox is seen on the road leading to Kismayu town, Somalia, on October 6, 2021
Image: ANDREW KASUKU

Along one of the main roads in Kismayu town, smiling school children wave at a Kenya Defence Forces Armored Personnel Carrier.

It’s a feeling throughout the town that was once a play ground for al Shabaab insurgents, but is now recovering.

Ten years ago, the militants wreaked havoc in the town, making residents run for their lives and turning them into refugees in their own homeland.

It is here the al Qaeda linked group made their capital in central southern Somalia, collecting revenue, staging deadly attacks and controlling business at Kismayu port.

A major offensive at the port called the ‘Battle of Kismayu’ codenamed ‘Operation Sledge Hammer’ in 2012 by the KDF and other Somali forces would see the city liberated from the militants.

At Kismayu town, the capital of Jubaland state, shops, transport and school operations signal return to normalcy and a booming economy.

Nissan matatus decorated with extra side mirrors flood the streets with hanging turnboys and conductors scouting for passengers.

They fill within a short time.

An oil tanker beside the road empties its contents into drums for sale.

Customers move from shop to shop and hotels serve customers lunch, a reflection of what an ordinary town would be.

Buildings have fresh paint and streets are filled with residents.

Lieutenant Colonel Godfree Owuor, Commanding Officer of Kenya’s 2nd Mechanized Infantry Battalion under Amisom, says the town has grown and the presence of troops has provided a conducive environment for political, social and economic transformation.

“There are even traffic jams and this is because many people from diaspora have opted to invest back home because they can witness real peace,” he said. 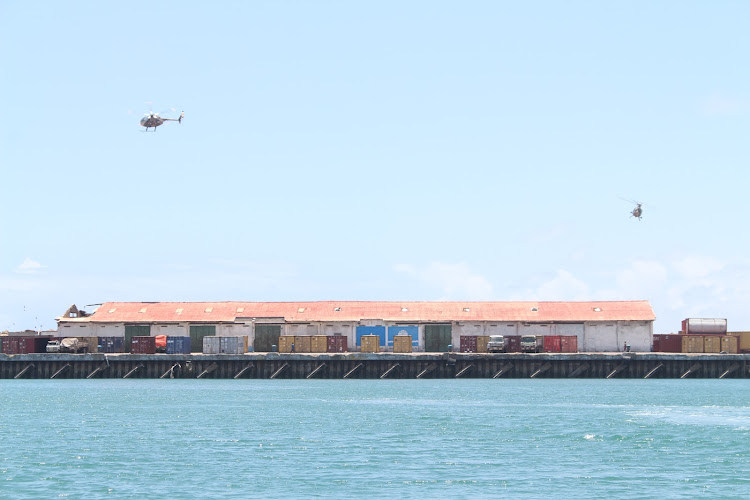 He was addressing journalists at New Airport Forward Operating Base in Sector 6, which has both Kenyan and Ethiopian troops.

He was first posted in the area as operations officer eight years ago and has seen the town grow from ruins to what it is now.

A fresh breeze greets us as we approach Kismayu Port.

Sights of rusting metals and children playing football along the beach are signs and reminders of past and present –war and peace.

Canters and lorries climb uphill with cargo offloaded from containers at the port.

Port manager Ahmed Haji says from 2012 to 2019, there has been significant rise in cargo handling, before the coronavirus pandemic struck and disrupted the curve.

“This is the main source of income in Jubaland in terms of payments, government revenue...everything is this port, so you can imagine the value,” he says in Somali through a KDF translator.

He says that the port currently receives ships from across the world handling foodstuff, building materials and other goods.

“One of the ships that was here came from Mombasa Port and it has gone to Mogadishu, then it will go back to Mombasa so you see it’s a serious port,” he says.

MSC, Mediterranean Shipping Company, one of the biggest shipping lines in the world operating in major ports is among those who have opened offices at Kismayu port.

“We have a good working relationship with the KDF, if they are removed we might be disadvantaged as threats may come back,” he says.

He addressed journalists at his offices, hosted at the administration building that requires refurbishment.

When al Shabaab controlled the port, he says, only few and smaller vessels docked.

Jubaland Chamber of Commerce chairman Hussein Rabbi said being neighbours, Kenya and Somalia need to work together for Somalia to grow its economy.

“We have many Somalis in Kenya who get their goods in Kismayu …we also deliver goods to our neighbors in Garissa, Dadaab and Wajir,” he said.

On the outskirts of Kismayu town is Sayed Mohamed Abdule Hassan International Airport which handles a minimum of 300 passengers from daily flights, an improvement from near nil passengers in 2014, according to airport manager Abdi Sirad.

He says that 80 per cent of flights are international while 20 per cent are local.

Despite the developments, stakeholders maintain the situation remains unstable and that Amisom troops need not withdraw, yet. 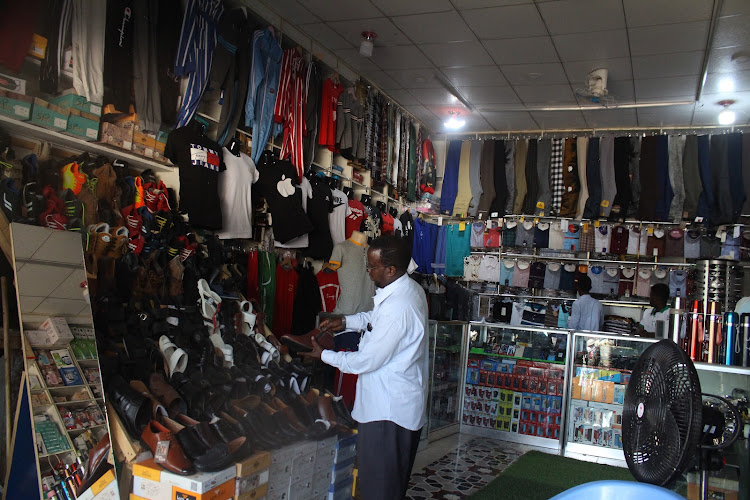 Tahliil mohamad, a businessman is seen at his shop in Dhobley town on October 5, 2021.
Image: ANDREW KASUKU

At Dhobley town, near the Dhobley FOB, the headquarters of Sector 2, clothes businesses and hotels flourish.

The town is a strategic divisional administration of the Afmadow District in Somalia's lower Juba region.

Residents sit under make shift hotels to take lunch as others rest under their businesses, partly hiding from the scorching sun but also awaiting clients.

Residents are at ease.

There is a sense of security and peace. A police station operated by Somali Security Forces has been built within the town.

Tahliil Mohamad, a businessman who has his big shop filled with new clothes and shoes for sale says business has been picking up over the years.

He has lived in Dhobley town for 10 years now.

“Business has been growing though there are challenges in life. We have bad roads when it rains and poor infrastructure and no firefighting equipment,” he said via a translator at his shop.

The town has native Kenyans working in casual jobs.

For instance 25-year-old Richard Muse who hails from Kitui works in construction as a laborer and does welding as well.

He laments that last year, three Kenyans were killed by militants.

“It’s the KDF that facilitated transportation of bodies home. If KDF withdraws from this area, locals may terrorise non-locals,” he says.

If the developments are anything to go by, another 10 years would see the two towns which bore the brunt of al Shabaab insurgency, attract more investors and transform lives of Somali people.

Level 4 military hospital to be commissioned in Kahawa, Nairobi.
News
1 month ago

My first hand experience of KDF operations in Somalia

Loud gun fire under the cover of darkness, sweltering weather were part of the experience
News
1 month ago
by ANDREW KASUKU Photojournalist/Writer
Big Read
15 October 2021 - 12:44