Why you need to dress differently in Mombasa

The land of heat and humidity is now windy and cold

• As weather changes, you now need a sweater, hoodie, scarf and a portable umbrella 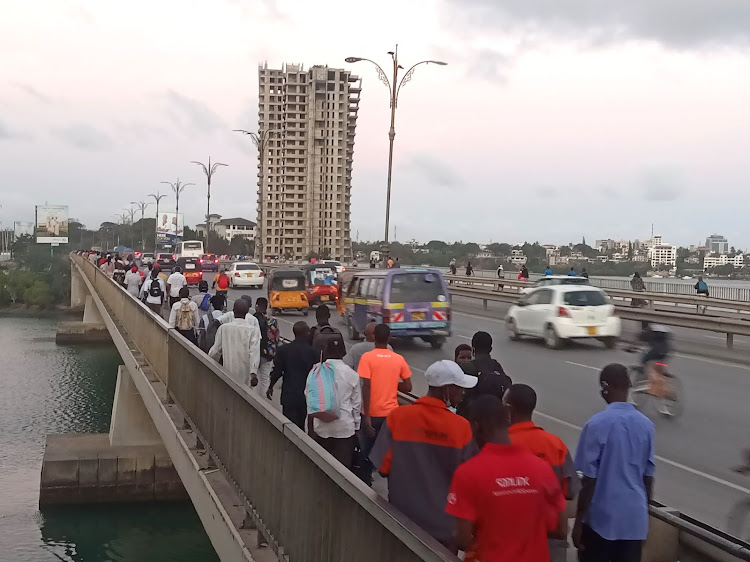 Perhaps the most prominent characteristic of Mombasa city is its sweltering heat. In past times, the city has experienced temperatures as high as 38°C at daytime and around 26°C at night.

With such high figures, it's only been wise and sane to keep off as many clothes as possible. However, with climate change, the city is taking a new turn, at least for now.

It's no longer as hot as before. In fact, the cold conditions brought about by rains and extreme winds have sent many people to the market to shop for warm clothes. Having a sweater, hoodie and even a scarf is now very important. Having a portable umbrella is even more important.

You don't have to wear them around always. That will be strange. Put them in your purse or backpack in preparation for any eventuality.

It's an interesting period for one to be at the Coast. Walking around in the evening, a good number of people are in sweaters and jackets, not necessarily because it's raining but because it gets cold at such times.

These new weather conditions have impacted various businesses, especially the ones pegged on hot temperatures. For instance, ice cream sellers, who were in almost every street and corner of the city, are not as visible as before. While there is still some degree of heat, the extent which almost forced people to seek coolants has gone down.

Another business whose vibrancy has been dimmed by the winds and rains is that of hawking water in small bottles around. The water business is a huge economic activity for especially small and medium enterprises in Mombasa. They are almost always sure of going home with some handsome pay at the end of the day.

That was in the past. They still make sales but not as much as before. Who can buy water for drinking when it is cold and raining? However, carrying your bottle of water is also important. At least have one in your bag.

Perhaps the most affected activity is the beach experience. Beaches are sweet when it's hot and sweeter when it's extremely hot. Then, both visitors and locals throng the beaches to cool down and feel the soothing breeze. That fun can't be there when it's cold and raining. In fact, going to the beach, especially in the afternoon, is now becoming a gamble, as rains and storms can come at any time.

Dengue fever, malaria and chikungunya are diseases that are common and thriving in the current weather of Mombasa. To protect yourself from the diseases, at least sleep under something: a net, blanket, shuka or some thick sheets. Mosquitoes are abundant and thirsty for your blood.

For visitors from cold areas, it's a good time to come down and catch some interesting views and have fun. After all, you won't easily become ill from the change of weather. So come.

How to survive the chilly Nairobi weather

You need to invest in synthetic, wicker based layers that pull the sweat right off your skin.
Sasa
2 months ago
Respect local culture when you visit Coast
by Steve Mokaya
Big Read
05 August 2021 - 04:00