Exploring African heritage and overcoming racism in US

Alan Donovan came to Africa as a relief officer during the Biafra War, quit his job and settled to promote art

• Author gives readers an introduction to his latest book, ‘An American in Africa’

• It covers his growing up on a wheat farm in the US, journey through African heritage 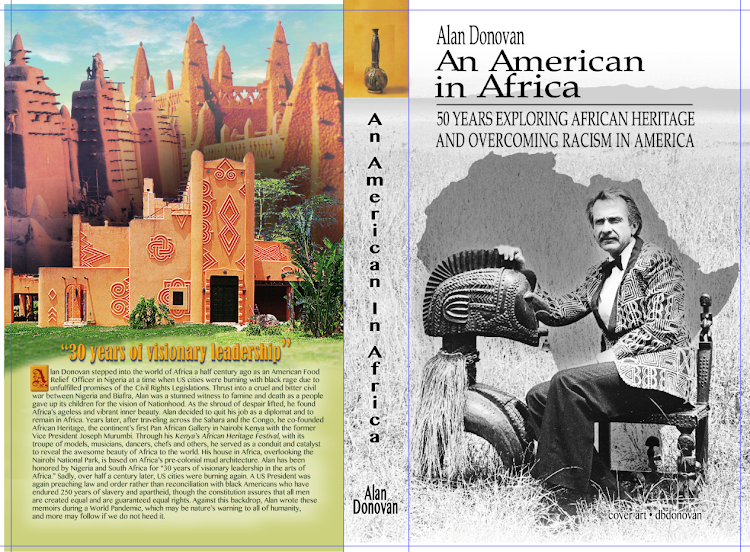 I arrived in Africa on July 4, 1967, one of the last Americans to be sent to Nigeria by the US State Department at the time of Nigeria’s civil war with breakaway Biafra. American cities were burning during the long, hot summers of 1967 and 1968 because of the refusal of the US government to immediately and fully implement the Civil Rights laws passed between 1964 and 1967, and the widespread opposition to the Vietnam War in which the US was embroiled. 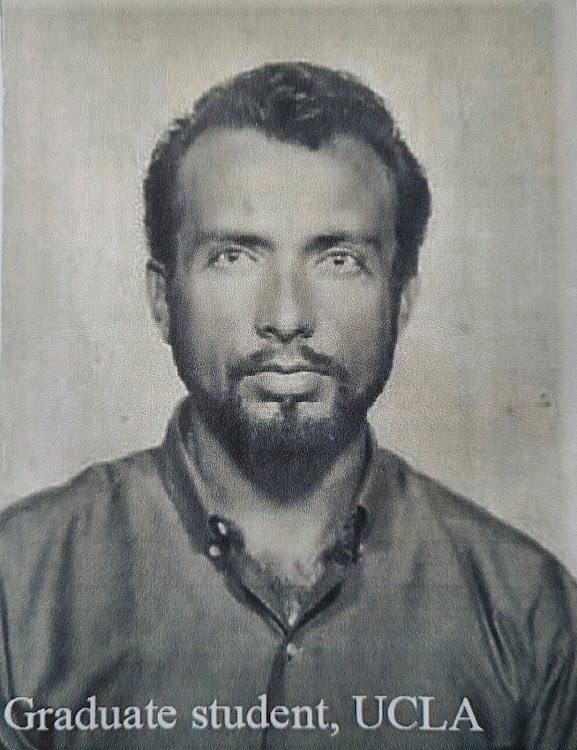 I arrived in Africa on July 4, 1967, as a relief officer for the US State Department during the Nigeria Biafra War
Image: ALAN DONOVAN

My first job in Africa was as acting programme officer with USAid-Nigeria before I took on the job of relief officer, trying to feed starving people in rebel Biafra during a cruel and bitter tribal war.

Returning to the US during the tumultuous year of 1968, I attended the Democratic Convention in Chicago, which turned into a police riot during dual demonstrations against the US war in Vietnam and the history of racism in the USA. Soon after, Richard Nixon became the US President. In 1969, I boarded a ship for France to learn French for my next assignment for the US in Tunisia. After a few drinks to bolster my courage, I signed my resignation letter to the US State Department and dropped it into the ship’s mailbox.

Awakening the next morning, I found myself jobless, and at sea. During that summer, I went ahead with my intensive French studies at the Alliance Francaise in Paris. By September, I had decided I did not want to return to the US, not at that time, anyway. I bought a VW bus in Paris, collected some fellow travellers, and we crossed the Sahara Desert back to Nigeria, camping on the border of Nigeria until the Nigeria-Biafra war ended. From Nigeria, we then crossed the Congo to Kenya.

Despite spending decades in the US, he says there is no place like home
News
10 months ago

Wanting to seek a part of Kenya that was not so colonised as Nairobi, I got a permit to travel to the Northern Frontier. I was enamoured with the nomadic peoples of the north, who used everything in their harsh desert environment to make beautiful designs to fulfil all their human needs. I decided to sell my VW bus and make a collection of all the personal arts of the NFD, before all these items disappeared, unknown, swallowed into the abyss of globalisation.

The first exhibition of my collections was held in Nairobi in October 1970. The only African at my opening in Nairobi was Joseph Murumbi, the former Vice President of Kenya, and his young wife from England, Sheila. Murumbi immediately asked me to return to the NFD to make a collection for him. This marked the turning point that changed my life forever. Murumbi had seen the astonishing diversity of art and culture during the period when he had opened all the embassies and missions for Kenya as the first Foreign Minister of the country. 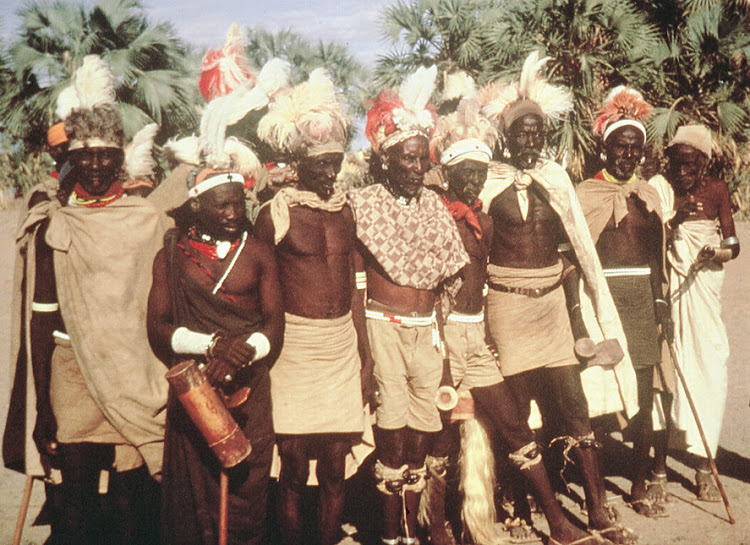 I spent my first few months after I arrived in Kenya at the Northern Frontier, which changed my life forever
Image: ALAN DONOVAN

Sad saga of the Murumbi legacy

Upon my return to Nairobi, Murumbi asked me to help him open a centre for pan-African arts, where local people and visitors could see the diversity of the continent’s arts and culture that he had seen. I agreed to stay in Kenya for one year. That was 50 years ago in 1971. The rest is history.

The Murumbis and I opened African Heritage, the first Pan-African Gallery on the African continent, in 1972. This book is the story of my growing up on a wheat farm in the US and “My Journey through African Heritage”, which is the title of my first book, hand-bound in Ugandan barkcloth, which I released in 2004 and which has now been reprinted in paperback form.

I started writing this book after the coronavirus pandemic caused me to abandon the construction of my planned Timimoun African Journeys Museum at African Heritage House, where I live. The house overlooks the Nairobi National Park and was designated as a National Monument in 2016. It is based on the precolonial architectures from across Africa that I had encountered and marvelled at during my travels around the continent to stock and restock African Heritage and what became its 51 outlets around the world.

However, my writing was overtaken by events in America when an unarmed black man was once again murdered while in the custody of the US police. 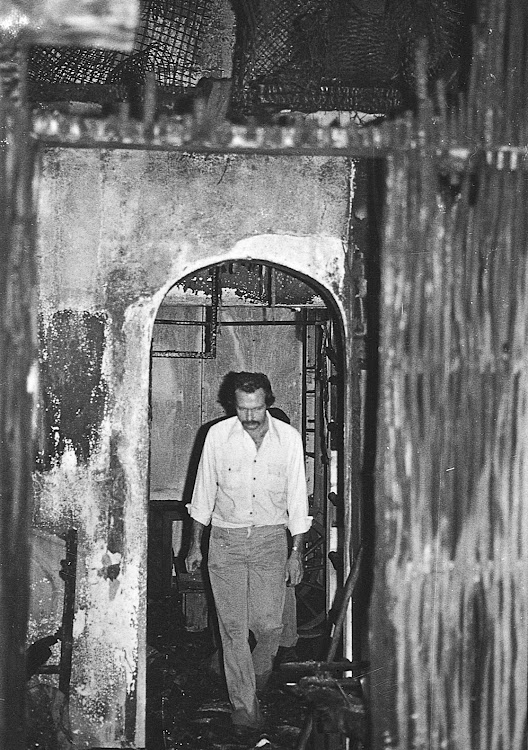 Going through the remains of the African Heritage Gallery after it was destroyed by one of the largest fires in the history of the CBD in 1976
Image: ALAN DONOVAN

When I had arrived in Kenya in March 1970, I had written a long article on US race relations called “Notes from the Generation’s Edge” after I had seen the leaders of my generation felled by assassins: Dr Martin Luther King, President John F Kennedy, Malcolm X and finally Bobby Kennedy, who were all ripped away from us during the turbulent times of the late 1960s. I saw their photos pasted on the walls of houses in Nigeria and Ghana, where I participated in a time of national mourning for Dr King.

Their deaths changed the tenor and trajectory of the US and exposed the raw underside of being a citizen of colour in America. I incorporated my notes from that time into this book and my observations of my country from afar, from Kenya, where I have lived for the past half-century. Through exports from African Heritage and the extravaganzas staged by Kenya’s African Heritage Festival, I became a conduit and catalyst to reveal the extraordinary cultures and beauty of the continent to the rest of the world. The festival was a travelling outreach programme I organised with a troupe of models, dancers, musicians, chefs, acrobats, hairdressers and others.

During that time, I was the recipient of many awards from Nigeria, South Africa and organisations in Kenya, and was most recently installed as an honorary chief of the Yoruba with my Kingdom in Ido-Osun, Nigeria.

This is the story of ‘An American in Africa’. 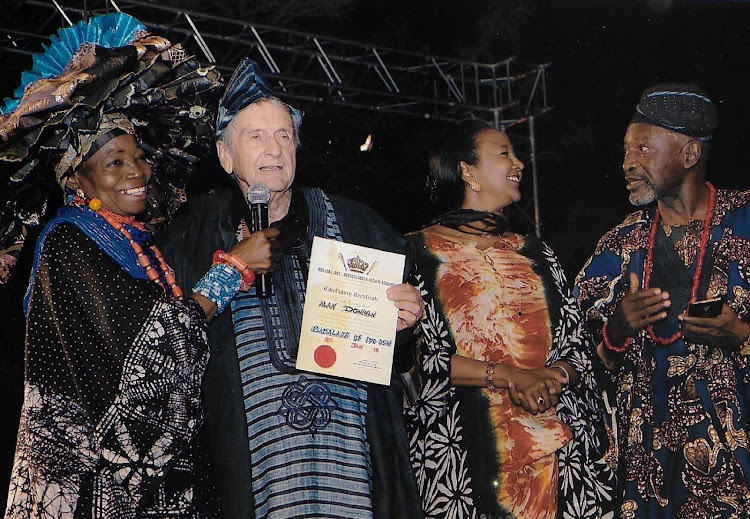