How Technical Varsity of Mombasa rose from the shadow of JKUAT

The once constituent college fought to chart its own path after getting a charter in 2013, says VC Prof Laila Abubakar 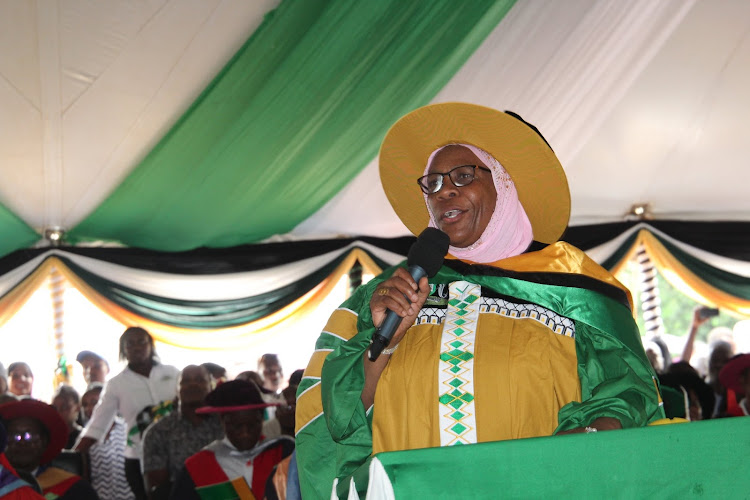 Prof Laila Abubakar, the vice chancellor of Technical University of Mombasa, Coast region’s premier institution of higher learning, talks with enthusiasm as she reflects on the events that have marked her tenure at the helm.

With a tone that varies from compassionate to authoritative, she recounts the unexpected, still huge blow of the coronavirus pandemic to the education sector and wades into the debate around increasing university fees.

And when she discusses the hurdle of teaching practical skills in online classes and revisits how it all started for the former branch of the Jomo Kenyatta University of Agriculture and Technology, what shines through is determination.

“It has been a cocktail of events since the pandemic hit. We’ve learnt quite a lot as an institution, even when our limits were stretched the hardest. I’m glad we survived and are on our way to full recovery and adjustment,” she told the Star in an interview.

In March last year, when the novel coronavirus reached Kenya, learning institutions were summarily shut down as a precautionary measure. In Mombasa, TUM was turned into a Covid-19 treatment centre-cum-isolation centre.

Even before the pandemic hit, Abubakar said, the technical university had already made a deal with the Coast General Hospital on the facilitation of the yet-to-be-launched School of Medicine’s studies.

So it wasn’t really a big deal surrendering our premises. We gave them the spacious engineering block, which was basically turned into a hospital. We had three hundred beds, and sometimes they would all be full,” she said.

Besides the institution’s premises serving as an extended hospital, Professor Laila added that the various departments came up with practical intervention measures to combat the virus spread.

“The Medical Engineering Department came up with the idea of mass sanitisation and designed sanitising booths for the Mombasa county government,” Abubakar said.

“In addition, the Department of Applied and Health Sciences produced the sanitisers. The county gave us the money to manufacture and produce the booths and the sanitisers. I’m pleased that our institution took part in the fight.”

The fact that TUM is a technical university proved a challenge in the transition to online learning during the pandemic. A few classes shifted online but faltered shortly afterwards.

Staff and students circumvented the transition given the difficulty of the pandemic season, Abubakar says.

“Some lecturers were unwilling to conduct lessons online. While ultimatums were given to move lecturers to teach, most students were apathetic about the online studies without a good reason,” she said.

“How can a university student who has all the latest technology in hand complain of difficulties in learning virtually? It really wasn’t about the lack of devices or data bundles; it was initially a negative perception and disinterest, which we overcame.”

In September last year, the university had online lessons for first-years. The classes persisted until the end of the semester. Since then, it has incorporated online classes into its physical learning.

“I can assure you now that online classes are here to stay, that’s the route we are moving into. Covid-19 just zapped us to reality and it is good to adjust to the current times,” she said.

In addition, the university is planning to incorporate simulation classes for the engineering departments to bridge the gap of lab sessions whenever students are learning virtually.

“You know with courses like engineering, hands-on skills are very important. Thus, we want to give them the skills that match what they need to learn. I’ve been to universities in Germany and they use simulators to supplement their lab sessions,” she said.

“Now that is where we are going, very soon. In fact, we have already acquired a marine engine simulator for our marine engineering students.” 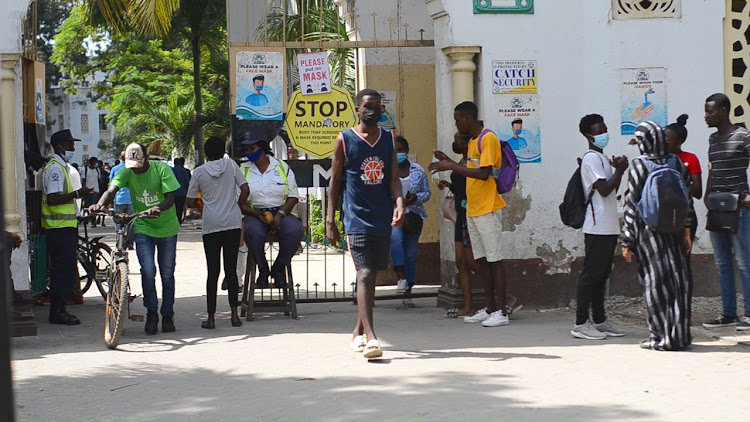 Students mill around the main entrance to the Technical University of Mombasa
Image: STEVE MOKAYA

We have never not paid our staff. We always pay the statutory deductions to the government, and in time

“Imagine university students paying tuition fee of Sh16,000 a year. Do they even pay that amount of money in high school?” she said.

Abubakar says Kenyans who are able should pay the market-rate fee (Sh48,000 a year), while those who can’t should be sponsored by the government.

“Do you want to tell me that all of these students in universities come from poor backgrounds? Of course not. We have parents who can pay their children’s school fees comfortably. Let them do it,” she said.

“For example, Starehe Boys’ Centre was introduced to help bright students from humble backgrounds. Still, it is open to any Kenyan child, but if you take your child there when you are able to pay, you pay even higher than most schools’ fees.

“Now that should be the case with universities. In fact, the government can use the Huduma Number details to profile students who are able to pay and those who are not. Otherwise, how can we salvage university education?”

Talking of money matters, the professor takes pride in the prudent management of the university’s finances.

“We have never not paid our staff. We always pay the statutory deductions to the government, and in time,” Abubakar said.

“Even during the Covid-19 education break, our staff were getting their salaries. It is because we learnt to cut unnecessary costs, and outsourced the non-core activities. That has really helped us navigate these tough economic times.” 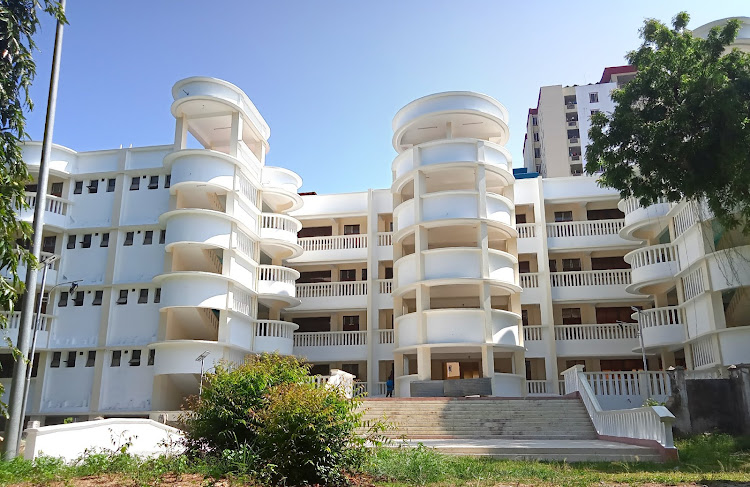 I thank God we managed to start our own engineering curriculum, bought our equipment and brought in lecturers. Finally, the Engineering Board of Kenya certified our preparedness

Asked about her toughest challenge as vice chancellor, she takes a walk down memory lane to 2016.

“Up to 2013, we were a constituent college of JKUAT. Our engineering students were using JKUAT’s curriculum. They also used to graduate from there,” she said.

“That changed in 2013, when we were given a charter. JKUAT refused to graduate our students who had joined in 2009 and 2010. You see, we couldn’t graduate them ourselves as we didn’t have an engineering curriculum, and our mentor refused to give us theirs.

“I remember waking up almost daily to get students making noise. They even went to court and forced JKUAT to graduate them (in 2013 and 2014).

“I thank God we managed to start our own engineering curriculum, bought our equipment, brought in lecturers (including hunting some from the industry). Finally, the Engineering Board of Kenya certified our preparedness, and we were given the much-awaited green light. That was tough but we made it.”

The institution is soon opening a School of Medicine, which Abubakar says will be research-based.

TUM already has medical engineering and pharmaceutical engineering, so when the School of Medicine starts running, it will augment the two existing courses, especially in research.

Abubakar says the building is already complete and ready, but they are yet to get the equipment. The regulatory body is also yet to visit the proposed school, although their curriculum has already been approved.

She expresses concern for the girl child in particular, and university students in general.

“I see most of these students are drowning in despondency. They are really doing drugs and that has caused cases of mental illnesses and unnecessary suicides,” Abubakar said.

“I want to encourage them to work hard, maintain integrity and trust that their time of reaping will come. I also come from a very humble background. I’ve tasted it all, and that is why I do go to schools, especially girl schools, to mentor them and talk to them.

“I also encourage them to take up STEM courses. In fact, this coming weekend, I will be attending a prize-giving function deliberately to talk to the girls.”

Currently, the university has a population of 17,000 students, with only 5,000 being females.