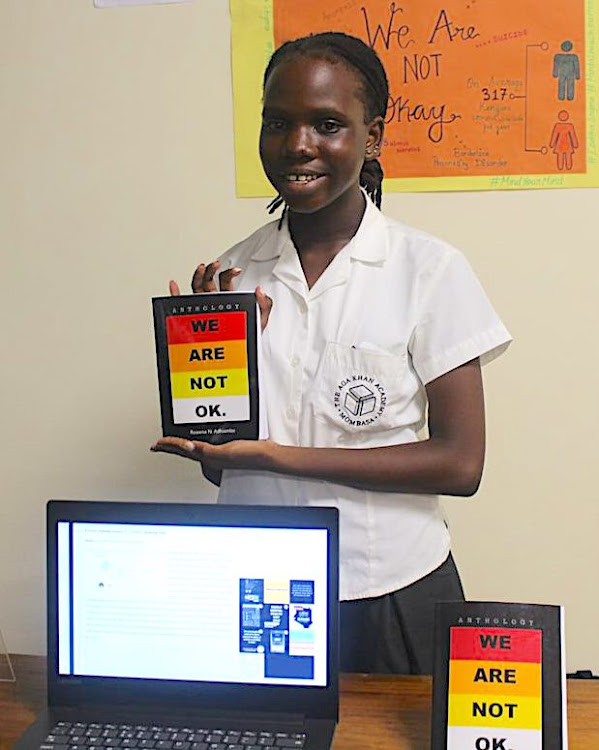 The project is part of the International Baccalaureate Curriculum, where they create something to address a need they saw in the community.

At just 15 years of age, these students have invented products they hope will have a place in the market as they also complete their school projects.

For her packaging, she also used environmentally friendly packaging that is degradable, bearing in mind environmental pollution from the use of plastic wrappings.

“These days when people buy soaps, they come with plastic wrappings and they harm the environment because people just throw them out,” she said.

Nnaggenda wanted to solve a problem many people get stressed with and especially the youth — acne.

“I realised a lot of people suffer with acne and become insecure, so I wanted to help them find a solution,” she said.

The soaps she came up with are of two types: for oily skin and for dry skin.

The oily skin soap is from bentonite clay and lavender oil, while the dry skin one is from honey and cinnamon mixed with lavender oil.

She took a year to come up with her products, which included doing a lot of research to ensure the best results.

“Some of the ingredients I planned to use were not available, so I had to think critically of what I could use instead and be creative,” she said.

She currently sells her products at Sh500, and she hopes to expand her market in future.

She published a book that suggests ways to deal with mental problems.

This is because she noticed that in Kenya, there is a very big problem of mental illness. People who are mentally ill face stigma, and some end up committing suicide or killing their families.

Her book is in the form of short stories. She covers anxiety, depression, anorexia and bipolar disorder.

She had to interview people who have undergone these mental illnesses and turn their stories into fiction to make them more interesting.

She said her book is meant for people to read and enlighten themselves on mental illness.

“It seeks to reduce the misunderstandings of mental illnesses because in Kenya, people believe that when you speak about people who are mentally ill, then they are chokoras in the streets or people who have gone mad when in essence, anyone can be mentally ill,” Adhiambo said.

She shares ideas on how one can tackle mental illness. It took her two months to complete the project.

He created a solar and electric model of a matatu. He got the idea after realising a lot of smoke comes out of matatus.

For his project, he learned about the economic impacts of pollution on the environment and the concept of solar energy.

He plans to take his project to the Mombasa government so they can implement it and have smoke-free matatus.

Abdi also plans to showcase his make in national fairs, where he is hopeful someone will notice his invention and sponsor it. “I know this can actually take me somewhere,” he said.

He completed his project in a year.

Poor roads were the main reason Kassam came up with the idea of making bricks out of plastics for road construction.

He wanted to make use of plastic waste with the aim of conserving the environment.

Being raised in the Democratic Republic of Congo, Kassam said the roads there are poor in such a way that he saw a need for change.

He used high-density polyethene plastic waste to replace water and cement and added sand and gravel to his mixture.

“I used waste literally to create a solution to our road issues,” Kassam said.

He interviewed a professional engineer from Tanzania, where he is currently living.

Kassam hopes that in future, the government of Kenya will adopt the project.

“We should implement the use of plastics on our roads because it is water-resistant. Tarmac is hit very hard by water and that is why we have potholes,” Kassam said.

He took two months to research on his project and figure out how he will do it.

The challenge he faced was getting the ratio right for the mixture so he could come up with a long-lasting product.

Kassam spoke to a construction company in Tanzania and was told to submit a proposal for his project, so he is hopeful it will be implemented.

She named her project Albini Clothing Line, with the context being nature and cultural expressions. She engaged children with albinism to design clothes that help them express their culture.

She gives the children the opportunity to design the clothes so they can showcase their culture and creativity.

Hilda feels albinos are stigmatised and are not given the opportunity to air their creative expressions, and this is what inspired her project.

“My aim was to work with these children to have them design their clothes and model the clothes they design. This will help improve their confidence and become more expressive about their culture and how they feel,” Wambui said.

The albinos got the chance to model and present their designs at the school.

The challenge she faced while working on her project was communicating with some of the children, as some were slower in designing the clothes.

“I needed to learn to be more patient because some of these kids are very young, while some were working very slowly,” she said.

She had in mind before she started her project how she would help people who cannot express themselves, and that is when she settled on working with albino children. 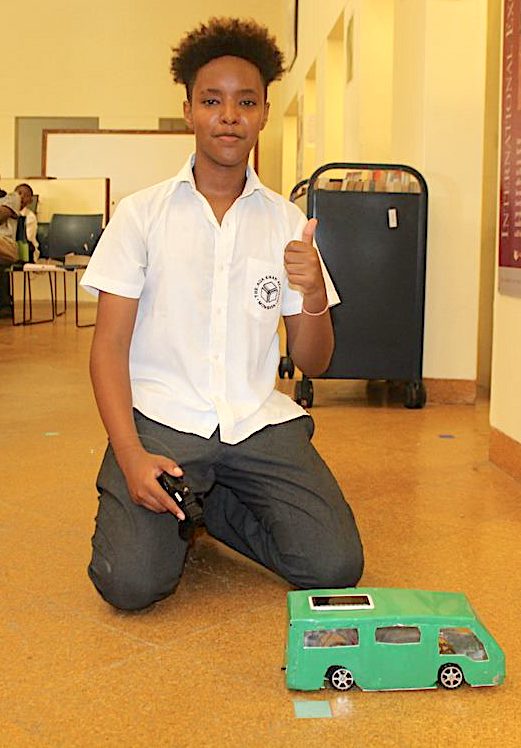 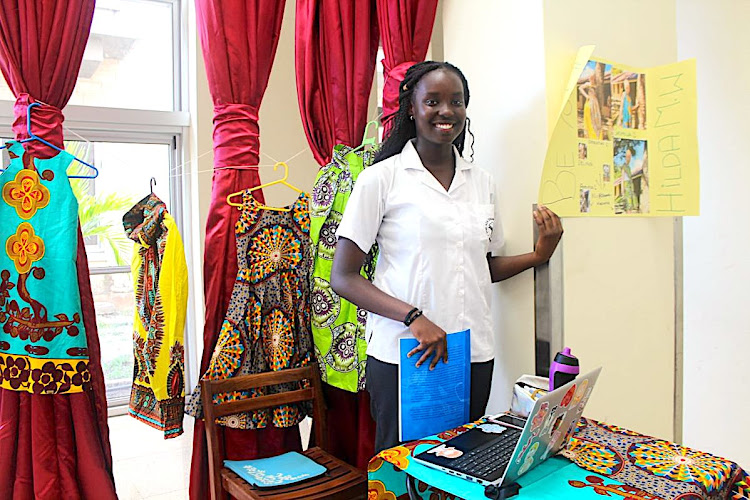 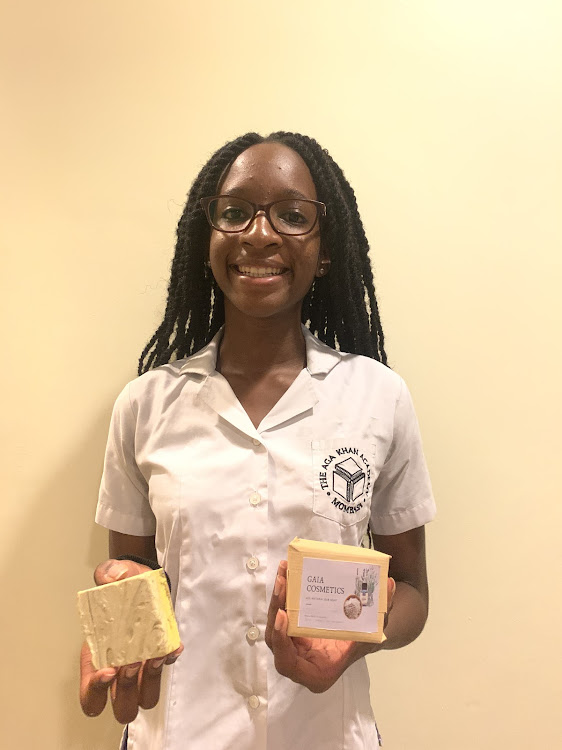 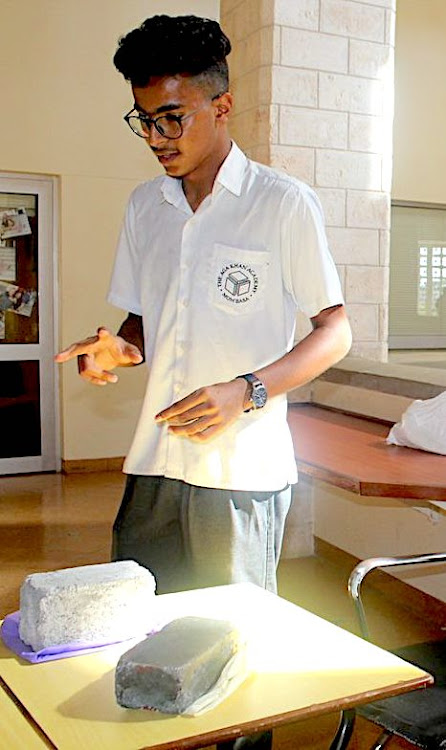