• Many females are groomed to be wives and mothers, while being subtracted from the STEM environment

• They are pushed to pursue soft study subjects instead, which restrict their aspiration to excel in STEM studies 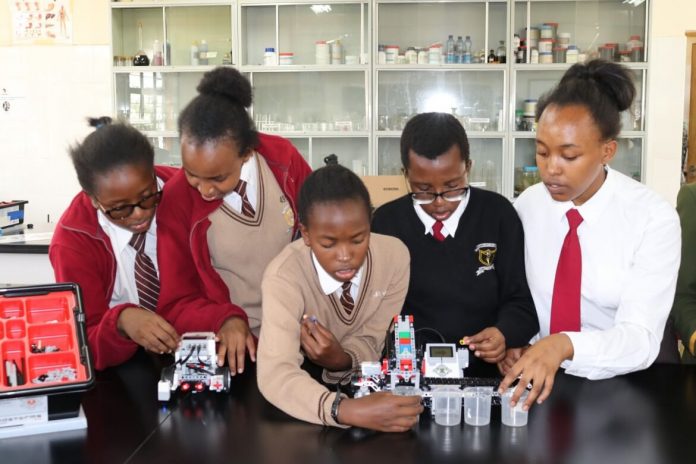 There remains a great disparity along gender lines in subjects in science, technology, engineering and mathematics. Female students pursuing non-STEM courses in institutions of higher learning are rapidly increasing.

In her research on the perception of STEM-related courses in institutions of higher learning, scholar Damaris Omukoba found various reasons for the gender gap.

For starters, she argues this imbalance has manifested because most scientific, technological and mathematical inventions in the prestigious Nobel Prize Awards are attributed to males.

She said the STEM arena is overwhelmingly represented by men and shows a great deficiency of women. Most female students who qualify for STEM courses change careers to arts-based programmes once they get to the institutions.

“Although there are many universities, the Kenyan education system has been characterised by gender disparities across the country in favour of males. The girl child is pushed to pursue soft study subjects, which restrict her aspiration to excel in STEM studies,” she said.

Omukoba said the shortage of trained female STEM scholars has made female students feel left out. They lack the motivation to pursue STEM because they do not envision a future where they can thrive.

“Others quit STEM studies after having children because of time constraints and demands. This is because STEM keeps them away from their households for long periods due to the nature of assignments affecting their domestic and childcare duties,” she said.

“STEM in its inherent nature is highly masculinised, causing it to be harsh on women who have interests. It robs them of their femininity and assimilates them into manly attitudes, as it is seen to be an apparent requirement for success.”

She said the problem with such stereotypes is not that they are untrue but they are incomplete, and most times, they rob people of their full capabilities.

“Stereotypes are learned and internalised to mean something. They hold water and eventually put a specific group of people in an imaginary box, where they are expected to exist and conform according to how the society labels them,” Omukoba said.

Many would want to do STEM courses but looking at the future, they are reminded that it leads to very demanding careers that will cause them to negate their societal roles and be seen as misfits

She said those who believe they are good enough in STEM still suffer from the stereotype that they are not well equipped to pursue it. This, she argued, burdens them as they try to look for pathways to pursue and excel in STEM.

“They feel they need to work extra hard to prove their worth in STEM studies and compete with the males in the field. Many females are groomed to be wives and mothers, while being subtracted from the STEM environment,” she said.

Omukoba said perception and such stereotypes need to be handled at the secondary level when students are guided to make career choices.

She said secondary schools shape girls' choice of uptake in STEM studies. It is at this stage that they stop to question who they are or what they are. And culture shifts them to start thinking how they can please others by shrinking, assimilating and conforming to gender limitations, which in the long run affects how they view STEM studies in universities.

“Many would want to do STEM courses but looking at the future, they are reminded that it leads to very demanding careers that will cause them to negate their societal roles and be seen as misfits,” Omukoba said.

“To avoid such problems, they fall back on lighter courses that allow them the time and comfort to pursue other duties assigned to them.”

He said there should be an urgent shift from the theoretical teaching and more emphasis put on experiential teaching methods, while allowing the students to do industrial attachment to get firsthand experience.