Why Kenyan roads are a death trap

Motorists are exposed in places without warning signs or barriers 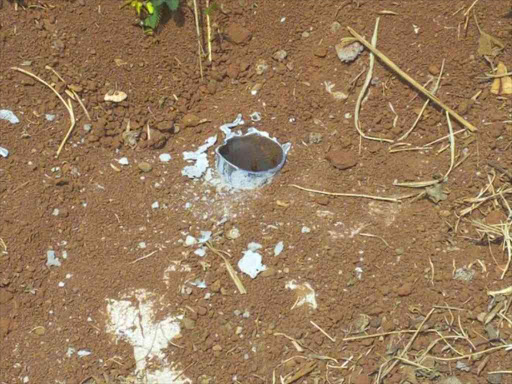 They stealthily walk in the thick of night, armed with hacksaws and gunny bags for a job that only requires patience, persistence and being meticulous.

Slowly, and sometimes for days, the vandals cut critical road furniture for the precious metal, which they cart away in gunny bags for sale to scrap metal dealers.

Road furniture are made from heavy metals, weights which earn them cool bucks that define part of the multimillion shilling scrap enterprise.

Auditor General Nancy Gathungu flagged the ubiquitous situation in a performance audit of how the country’s road agencies have dealt with the mess. The report was recently tabled in Parliament.

This was found to be not only after they are vandalised but also instances where they are not included in the planning for roadworks.

The audit team counted 50 road signs, 40 guardrails and 14 bridge rails vandalised on some 22 roads by Kenha.

Gathungu says the sustained vandalism is due to lack of inspection and monitoring of the installations, and lack of a reporting mechanism.

The auditor says vandals may be having a field day as the Scrap Metal Act, 2015, which was to regulate the menace, is yet to be operationalised.

“Vandalism may increase instances of road accidents due to misinformation and limited or no protection to road users,” she says.

Gathungu says use of alternative material that is not susceptible to vandalism could help solve the problem.

President Uhuru Kenyatta back in 2017 said he would consider laws providing for hanging of vandals, saying their actions amount to a capital offence. This was after a section of the SGR line was damaged in Mariakani.

From the ensuing destruction, a number of road users are operating without warnings, rules, distance and directional information.

“It is alarming that lives are lost yet installation of the appropriate furniture could have prevented accidents to a large extent,” the auditor general said. 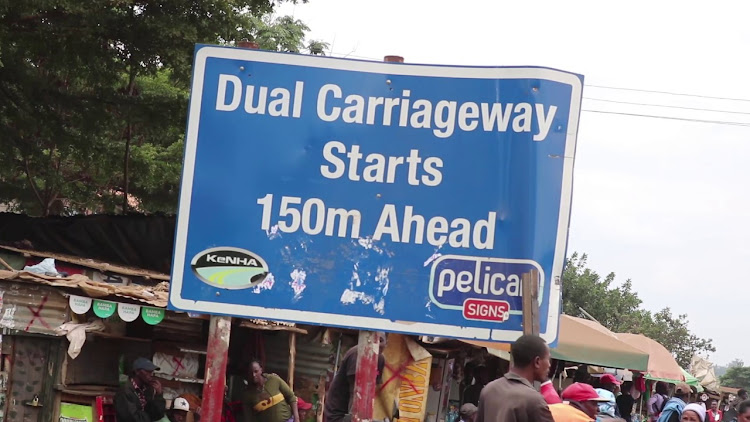 A signpost by Kenha at Kenol town
Image: ALICE WAITHERA

WHY AUDIT WAS DONE

Auditors cited the death of 56 passengers at Fort Ternan back in October 2018, and another 39 at an unmarked speed bump on the Nairobi-Nakuru highway, as a tip of the hundreds of cases.

Police listing of 78 roads as having black spots also ignited the audit, as did protests by wananchi and calls by Parliament for the erection of road furniture and an end to vandalism.

The Pokot South MP says it was worrying that roads, including those near government offices, have no proper furniture and are not marked.

He cited Parliament Road and Harambee Avenue in Nairobi as among those that need constant retouch.

“Roads agencies must ensure that before a road is handed over, the appropriate furniture is in place,” Pkosing said.

The NTSA reported 3,114 deaths through road accidents in 2020 as of November, citing speeding, reckless driving, drunk driving and dangerous overtaking, among other causes.

Gathungu, in her report, further exposed weaknesses at the three agencies that contribute to the increased risk of road accidents in the long run.

The Kenya Roads Board has disbursed more than Sh150 billion for the past five years or about Sh30 billion a year for road maintenance — works which include road furniture.

However, as the audit revealed, the roads agencies most times fail to include road furniture in the bill of quantities (BQs).

The detailed traffic signs, signals as necessary, pavement markings and other control features should be included during the design of roads.

Safety features applicable to any road should be included in the BQs and be built into the road during the initial construction stages and during maintenance.

Sampled Kura and Kerra contracts revealed that some either had minimal or no provision for road furniture.

For Kerra’s 11 contracts that were reviewed by auditors, one did not have provision for road furniture, while six only provided for kerbs.

A road is not considered as 100 per cent complete in the absence of the associated road furniture.

Interestingly, managers revealed during interviews with auditors that they prioritised improvement of carriageways over provision for road furniture.

And in instances where the furniture was available, the entities had no idea of their condition and kept no records of the same.

Gathungu says the situation has prevailed despite the annual road inventory and condition survey.

The study captures the status of roads, including furniture, and informs the extent of maintenance works to be carried out every year.

KRB requires the agencies to conduct the survey, but reviews showed road furniture was rarely captured in the past three years.

“There is a risk of component being left during the planning and implementation phases,” the performance audit states.

Kenha, Kura and Kerra were equally found without inventories for road furniture as required by the Kenya Roads Act, 2007.

The risk, auditors say, is to proper planning and protection of road furniture.

Warning signs for bumps, bends and pedestrian crossings were also found to be missing at crucial locations during an inspection between January and March 2019.

About 55 per cent of the reviewed roads lacked signs to warn motorists. Some sections with steep side slopes and high fills did not have guardrails.

A number of roads were equally found lacking signs of carriageways, junctions, and bus bays.

“Absence of markings in areas where traffic is expected to slow down exposes road users to accidents.”

The extent of neglect, the audit shows, is vivid as the existing road furniture are equally not maintained.

Auditors cite instances of rusted or defaced road signs, faded road markings, damaged guardrails and road signs that had not been replaced.

The neglected road structures and signs may have escalated road accidents, the auditor says. The lack of maintenance has seen a number falling into disrepair.

“Lack of maintenance of road furniture has direct and indirect costs,” the report reads.

The auditors also noted inadequacy in demarcation and protection of road reserves, as noted in 10 of 22 Kenha roads, 12 of 16 for Kerra, and none for Kura during the audit inspection.

“Some roads had been encroached, resulting in blockage of road signs,” read the report, citing conflict of interest among the agencies.

Gathungu has recommended that the agencies maintain inventories of all road assets, including furniture, and teach Kenyans on protection of the same.