The last hope of wildlife and trees in Tana River

Years of poaching and logging shrunk the ecosystem. Habitat lovers stepped in to bridge a gap in protection

• North Coast boasts of rich but little known biodiversity, which is at brink of extinction 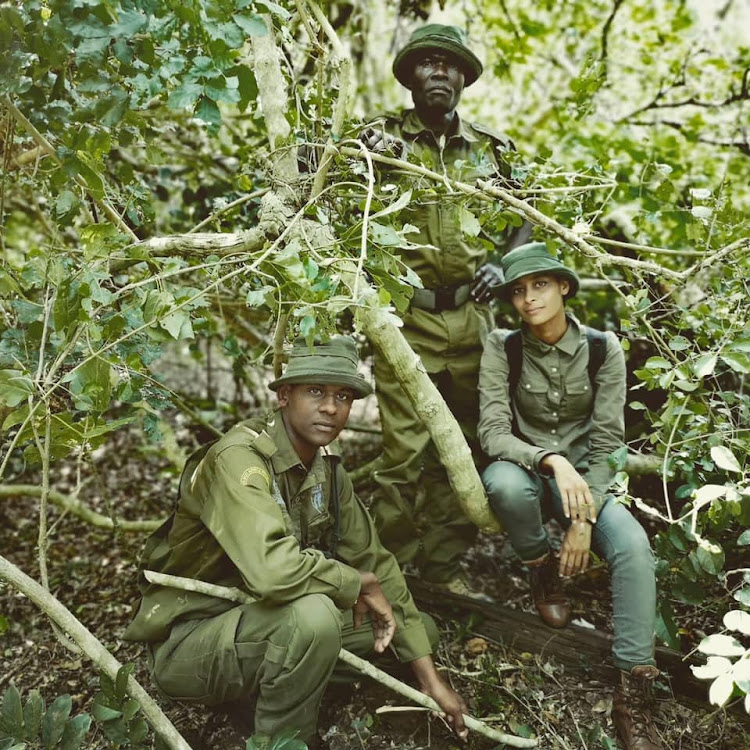 At 10.10pm, as we are sleeping on a wooden bed with a coastal mat known as ‘mkeka’ for a mattress in a camp house in the middle of a forest, a lion roars.

A few more roars, which are then replaced by sounds of frogs from a nearby swampy lake. There is a clear view of the moon and a slight breeze, signalling calmness amid the noises.

It’s a calmness that everyone seems to enjoy, the animals and two human guests inside the camp house near Kangawati Forest, at the Kipini Wildlife and Botanical Conservancy (KWBC), deep in Tana River county.

Raabia Hawa, a conservationist, says animals are happy to finally enjoy freedom to roam around their territories without fear of being killed by poachers.

“That roar you heard was a lioness that the rangers had spotted yesterday evening with her cabs,” Hawa says the following morning.

UAF rangers and those of KWBC work as one group, patrolling dense forests in Kipini, which is part of the larger Tana River ecosystem.

While much is known of Masai Mara and Tsavo National parks, very little is known about wildlife in the North Coast area, both locally and internationally.

As a result, animals in the region have been poached almost to extinction, but KWBC is helping to salvage the situation. 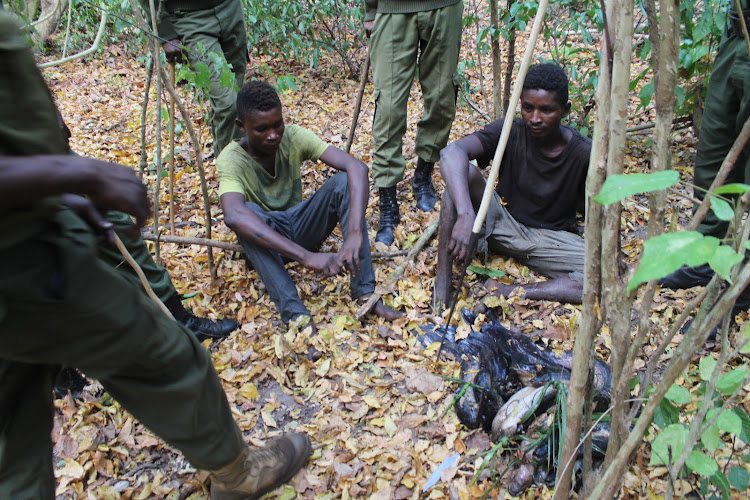 Poaching was so high, a particular place was nicknamed Bush Butchery. You could see buffalo legs hanging on trees

It's 6.20am and rangers hop onto two land rovers, one for KWBC and another for UAF, ready to start the first patrol of the day.

After about 25 minutes' drive into the forest, the rangers get off the vehicles for foot patrols. Immediately, they sight tracks of a bicycle, which they decide to follow.

James Eregai, the team leader, says the bicycles are used by loggers to transport trees out of the forest.

Though the conservancy is a protected area, some community members sneak in to cut down trees for construction.

It's not an easy job tracking down human foot prints and bicycle tracks because the loggers walk on grass to avoid being detected or use branches to erase their tracks.

Signs of illegal cutting down of trees are all over in the ecosystem.

“If we are not here, many trees here would have been cut down and the forest destroyed,” Eregai says.

As the rangers proceed, they hear some people chatting ahead, they all squat and lay an ambush.

It's three fishermen, carrying 19 mudfish. Two are arrested after a brief chase, while another disappears into the bushes.

“Where they got the fish is a risky water pan with hippos, which can easily kill them. And it is extremely dangerous being here because danger from other wild animals is just metres away,” Hawa says.

Poaching has caused a lot of decline in biodiversity here.

“We used to have ostrich, eland, hirola and many bird species, all of which have disappeared due to poaching. I suspect we had a crash in vulture population because of the high rate of lion poisoning,” Hawa says.

“In Tana Delta, I can easily say in the last five years, we have lost more than 20 lions to poisoning, which is alarming.”

Zebra, buffalo and coastal topi populations have also gone down over the years.

Rangers found a lioness carcass in the area on December 2019, and another on March 2020, both said to have been poisoned by herders.

Founder and chairman of KWBC Omar Sherman admits the extent of poaching, saying more resources are being deployed to tighten security and engage the community on the importance of conservation.

“We continue to monitor and arrest trespassers who to cut down trees, and we want the community to understand the importance of conservation,” Sherman says.

At 5pm, rangers spotted huge plumes of smoke. Upon checking, they found fire burning a section of the forest.

It took almost five hours to control it. It's believed to have been caused by herders or some people revenging the arrest of two illegal fishermen earlier in the day. 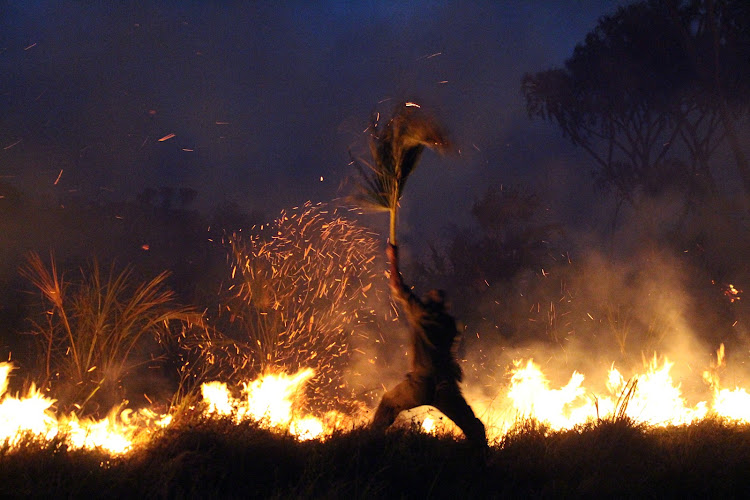 A ranger fights a fire suspected to have been lit by herders at Kipini Conservancy on January 29
Image: ANDREW KASUKU

Hawa says it is only through supporting the rangers that conservation milestones can be achieved.

In 2014, she held a walk from Arusha to Nairobi called 'Walk With Rangers' to highlight the challenges rangers go through in their line of work.

“I lost some friends of mine to poachers and I just wanted people to care more about rangers and give them more support because there was so much support on wildlife and less on rangers,” she says.

Through the walk she raised Sh4 million, which she used to start UAF and deploy her own well-salaried five rangers into Kipini.

UAF was initially funded by Peace for Animals, an international wildlife charity, and continues with donations from well-wishers.

“I had been coming here for a while and the rate of poaching was very high and there was less intervention,” says Hawa, a who ditched her journalism career as a radio and TV host to follow her passion in conservation.

Due to her work in Kipini, she was awarded the status of honorary Kenya Wildlife Service warden.

Scared by the periodic attacks from al Shabaab militants, conservation organisations have not been willing to set base in the area for many years.

On June 2014, more than 60 people were killed in attacks in Mpeketoni as attackers went on the rampage, killing residents and burning vehicles and houses.

Mpeketoni is just 30 minutes' drive from the conservancy.

“Another reason is because it is very difficult to get donations for such an area, where nothing is known, not like Maasai Mara, where you can see the wildlife easily and many people know the threats against wildlife,” Hawa says.

“Here, you can hardly see the wildlife because the bush is so dense and you can only protect what you can see.” 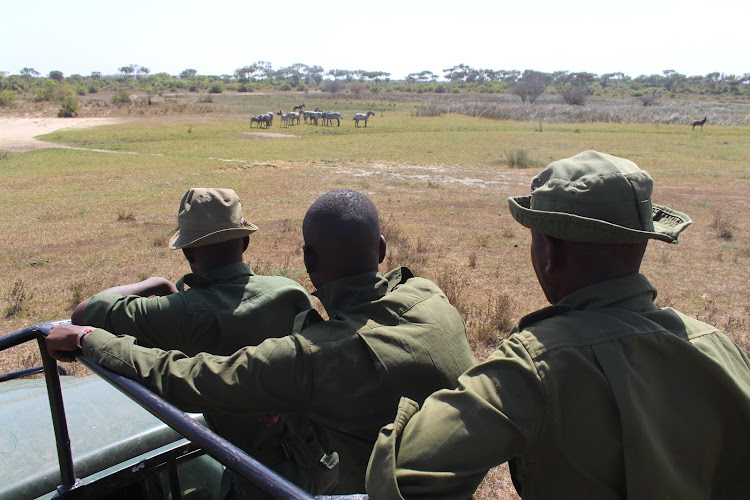 Rangers from UAF and KWBC watch over grazing zebras at the conservancy
Image: ANDREW KASUKU

The area is wide and receives less attention from the KWS.

More rangers are needed to intensify patrols and curb the poaching menace.

The area has seen continued encroachment of forestland by the community, illegal squatting, deforestation and illegal farming.

Encroachment has led to habitat destruction and competing of resources with wild animals.

Hawa says initially, you could not go 50m without seeing a snare or a carcass.

“Poaching was so high, a particular place was nicknamed Bush Butchery. You could see buffalo legs hanging on trees,” she says.

All hippos in Kangawati forest within the ecosystem were killed for meat and elephant migration routes destroyed by clearing of part of the forest by the community.

The forest hosts elephant resident herds and those that migrate from Tsavo to give birth in the area.

In 2020, the conservancy treated 16 animals which had survived snare and arrow attacks from poachers.

Sherman says the conservancy is trying to compile a scientific report on carbon losses in the ecosystem and implicate officials who have been complacent in enforcing forest laws in the area.

“This area is very critical and endangered, and we want to save nature for our future generations,” Sherman says.

He says the area boasts of 800 species of plants, which need protection from loggers.

The conservancy, Sherman adds, is home to Euphobia Tanaisis, a plant that cannot be found anywhere else in the world.

The encroachment and deforestation and logging have destroyed over 40 per cent of the conservancy. 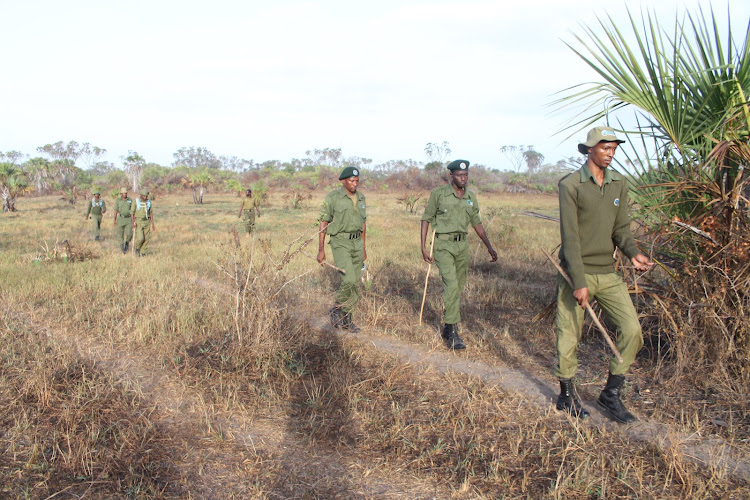 Given the high poverty levels of Tana River county, conservationists say the wildlife has the potential to improve the situation for the surrounding communities.

Increased wildlife population may open doors for tourism, which has a direct effect on improving the economy.

“In the long run, we will have more employment opportunities here for the locals as rangers and as businessmen as the conservancy opens up the neighbourhood,” Sherman says.

Currently, the region only markets Lamu beaches and Swahili culture as a tourist attraction, with donkeys the only terrestrial animals meant to attract tourists.

He says protecting wildlife is critical because the conservancy unites other habitats on its immediate boundaries, including the Tana River estuary, Lake Kenyatta and Witu Forest.

Observers note that KWBC is one of the county's greatest hopes for tourism, but much support is needed from the government to make this happen.