• Children were caught up in the economy-induced conflicts; mediation protects them 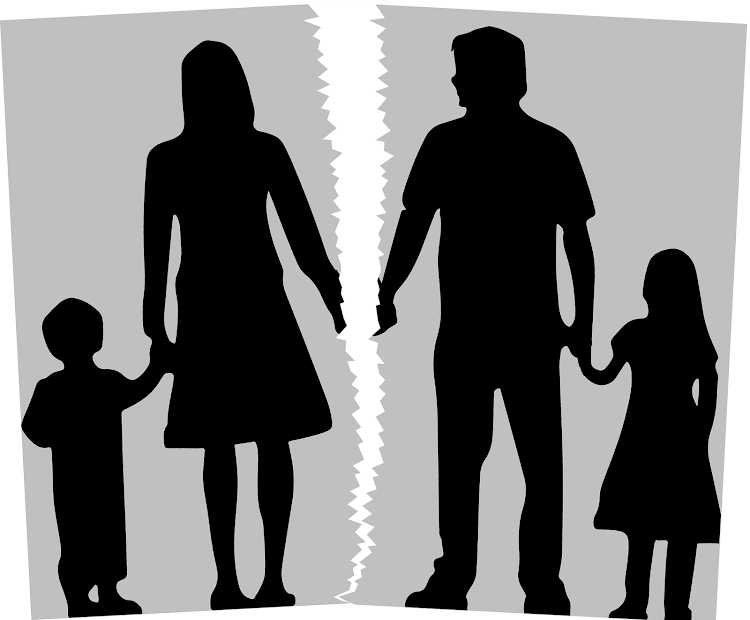 Family is the most basic unit of a society and it is beautiful. It is the safe place when all else fails.

However, when family relations break down, the aftermath is ugly. And children tend to bear the brunt. They suffer emotional, psychological and physical trauma.

Though family disputes have always been in Kenyan courts, the past one year has had a surge in matrimonial cases, with a worrying number of children dragged to court as a result.

Senior counsel John Chigiti blames the escalation of disputes in families on Covid-19, the sudden loss of jobs and closure of schools. This placed a huge unprecedented social and economic pressure on many homes and brought about a lot of tension. Domestic violence cases shot up.

Cases of drug abuse, cybercrime and child pregnancies sky rocketed, he said. All this was happening under one roof, with little or no access to counselling facilities. Family members became irritable.

“With every family member competing for the little that was there, everything became a conflict trigger,” he said.

“Small fires were lit all over. The future was unpredictable. Everyone’s life was under threat. There was no money, no cure, no direction.

“The Health CS and his poetic updates was everyone's salvation. Every day we kept hoping to hear him announce an end to the Covid-19 pandemic.”

This presented a toxic family set-up that reflected in a surge of matrimonial disputes. During the Covid-19 era, children became the most vulnerable family member. Many were neglected and left to fend for themselves.

“Many homes broken, leaving the children in need of care and protection. Many children found themselves in need of upkeep, custody and access orders,” Chigiti added.

Why are we not moving faster on online cases?

The senior counsel said things became so gloomy and hopeless to many children when the courts suddenly closed their doors in March 2020, when Covid-19 picked momentum.

While all this mess was unfolding in many homes under the cover of the long, dark and painful curfew nights, Chief Justice David Maraga, now retired, was toiling on an ICT solution.

“Within no time, he propelled access to justice to another level when he rolled out the e-judiciary. The courts suddenly became accessible to all. One could file a case from the comfort of their bedroom,” Chigiti said.

This led to an avalanche in children's cases that were filed in the Children's Court in 2020.

Normally the court journey begins when a parent or a guardian files a case on behalf of the child in the Children's Court. The most common orders they seek are custody, access and upkeep orders.

The suit papers are then delivered to the offending parent, who files their reply. The two parents are then heard by the court before a determination is rendered.

In some instances, the court orders the children to be brought to court, depending on prevailing circumstances, on a case-by-case basis.

The court process can be very dramatic at times. Some parents usually take the children with them to court, probably for purposes of generating an impact on the minds of the court.

Many times, the children who appear in court witness the bare-knuckle parental fights. The court tries not to expose the children to these excesses. However, it is not fully achievable.

Sometimes it gets ugly when the children are 'ripped' from one parent and handed over to the other parent.

The court at times issues orders in the process of enforcing its judgement through the mechanisms available in The Children Act. These include arrests, which can take place in court. Unfortunately, this can inevitably happen in the full glare of children who had attended court.

Ultimately, in a regular case, after the judgment, the court settles the dispute and it is upon the parties to obey the directions of the court.

In most cases, a child will be tormented by what they see in court, which has psychological effects. We end up having a child who is mentally disturbed

Lawyer Shadrack Wambui, who has also handled family disputes, believes mediation should be the first priority by courts and lawyers.

Wambui, who is both an advocate and a mediator, is a strong proponent of this alternative mechanism.

"When these cases end up in court, the court should prioritise mediation as opposed to having a fight of parties. In protection of the family as a unit, as provided for under article 45 of the Constitution," he said in an interview with the Star.

Secondly, he said, mediation should be adopted to safeguard the best interests of a child as provided for under article 53.

"It is important that the child's welfare is guarded. The child should be protected from exposure to war where people spew all kinds of words against each other."

He believes the children are needlessly victimised. "Fahali wawili wakipigana, nyasi huumia (when two bulls fight, it is the grass that suffers)."

In cases he has handled, sometimes the fights between parents start from home, where kids are exposed to violence and later subjected to court drama.

"In most cases, a child will be tormented by what they see in court, which has psychological effects. We end up having a child who is mentally disturbed," he said.

Wambui says he has seen magistrates ordering children to be taken to psychologists to allow them to cope with what they see in court.

Mediation registrar Carole Kendagor, who also spoke to the Star, believes all children's cases should take the mediation route as the first option to ensure the child’s best interest is well taken care of.

“It ought to be a requirement that parties in children's cases attempt mediation before going for litigation to resolve their dispute,” she said.

She believes mediation will highly likely result in restoration of relations between parents, hence parental love for the children and their holistic development. Whereas litigation, being adversarial, may further break relations between the parties.

“This ruins parental love for the minors’ subject matter to the case and affects the growth of the children,” Kendagor said.

In mediation, confidentiality is key. However, in litigation, sometimes the court may order for reports, such as children's officers' reports. The interview of the minor by a children officer to generate the report has a negative psychological effect on them.

Kendagor says solving children's cases through mediation saves time as it takes only 60 days to resolve a case. Secondly, it is cheaper in relation to litigation.

“The cost of mediation for a party in any single case is free. Parties do not pay for filing case summaries. Neither do the parties pay the mediator. The government, through the Judiciary, pays the mediator for handling the case,” the registrar said.

It also guarantees confidentiality in cases, which is vital for the children in those cases to be psychologically sound.

Since 2019, 46 children's cases were referred for mediation at the Eldoret law courts, of which 17 have been fully resolved.

The registrar called on lawyers to be more driven by love when it comes to children's cases and offer mediation as the first option to their clients.

Mediation is a viable method of dispute resolution — Registrar

Psychiatrist Dr Njagi Kumantha believes that what affects children's mental health is the separation of parents and not necessarily the court.

The impact the separation will have on the children will depend on their age, he says.

Children below seven depend more on their mothers, and separation will not have much effect if the court rules that they remain with the mother.

The need for a peaceful solution to family disputes is something that is pushed for globally.

For example, at international level, there is the international academy of collaborative professionals (IACP), which helps families come up with peaceful solutions rather than relying on courts.

Anne Tamar-Mattis says the organisation helps families through a process that is peaceful, dignified and cooperative and that put children’s needs at the centre.

IACP’s professionals work in teams that include lawyers, mental health professionals (coaches) and financial professionals, and the process is guided by the needs and values of the family with the goal of staying out of court.

The organisation has trained thousands of professionals on every continent except Antarctica and continues to train professionals and grow the movement in new areas.

The rise in divorce and separation cases during the Covid-19 pandemic is something that’s not unique to Kenyans.

According to the BBC, separation and divorce cases have been on the rise across different countries of the world in 2020.

BBC reported that leading British law firm Stewarts logged a 122 per cent increase in enquiries between July and October, compared with the same period last year.

The BBC goes on to say that in the US, a major legal contract-creation site recently announced a 34 per cent rise in sales of its basic divorce agreement, with newlyweds who’d gotten married in the previous five months making up 20 per cent of sales.

There’s been a similar pattern in China, which had one of the world’s strictest lockdowns at the start of the pandemic.