FROM FRYING PAN INTO FIRE

Desperate measure aims to spare the family shame but only ruins girls' lives, calling for policies to protect them 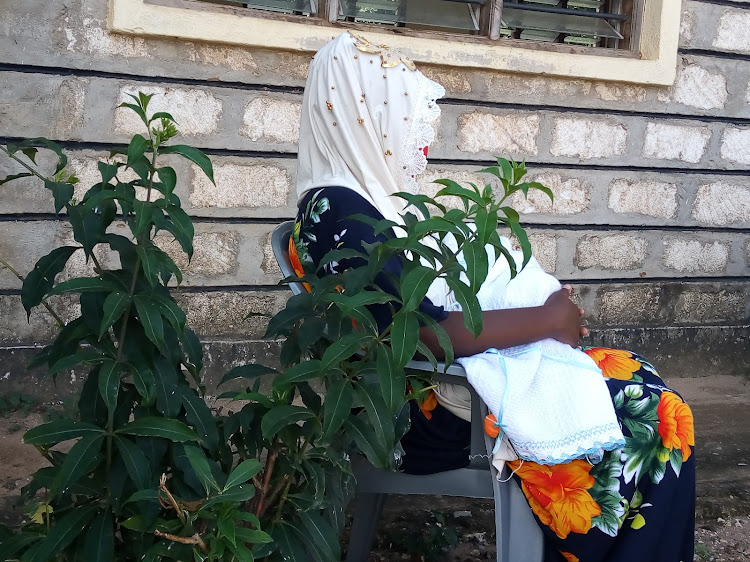 A girl rescued from marriage by Sauti ya Wanawake holds her baby
Image: SHABAN OMAR

Kenya has recorded an increase in teenage pregnancies ever since it confirmed its first case of Covid-19.

This has, however, turned into a blame game, where parents have been accused of neglecting their responsibilities since the girls are currently out of school, while the girls have also been blamed as well as the “perpetrators”.

But as number of teenage pregnancies keeps soaring, it is evident that the lives of these girls will never be same ever again.

Most of these girls were either sent away from their homes, while some were forced to marry their “impregnators”.

Salome* (not her real name) was a class eight student when she was impregnated by her next-door neighbour.

Aside from the early pregnancy she had to contend with, Salome had to fight with being forced to move in with her “impregnator” by her parents.

The girl, 16, says the man, 29, had moved in with his cousin just two doors away from their house but in the same compound.

She was a candidate and expected to sit for her exams at the end of 2018. But all her dreams were cut short by a man who promised to educate her through secondary school.

“He used to work in a hotel in Shanzu and seeing the poverty in my family, I gave in to his advances,” she said. 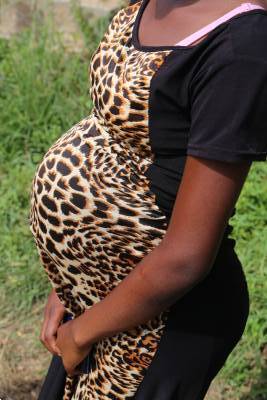 One of the pregnant girls in Utange, Mombasa county
Image: JOHN CHESOLI

Salome said the man used to sneak to their home whenever her mother, who works as a cook in a hotel in Mombasa, was away for work.

She said the man would give her Sh50-Sh100 to keep her silence, an amount which she used to either buy snacks while at school or pads whenever she was about to menstruate.

“It was on the first time we had sex that I got pregnant. I did not know anything about condoms or any contraceptives or even the emergency pills,” she said.

Immediately the man discovered Salome was pregnant he ran away from his cousin’s house.

It took a lot of threats and intimidation for the cousin to reveal where the man had escaped to.

Salome's mother escorted her to the man’s house and dumped her there.

But the man approached Salome’s father and came to an agreement that she move back to her parent’s house and he would take full responsibility.

This agreement was documented and witnessed by relatives from both sides.

But the agreement remained just on paper and the teenager now has to work as a house help to cater for her nine-month-0ld toddler.

Salome’s mother is now contemplating sending her back to her “husband”, even though Salome wants to go back to school.

Many are the parents faced with this dilemma.

Most parents do not stop to ask whether the sex was consensual or defilement. How can you take a girl to be married to her tormentor?

Chebet* has to keep up with her emotionally abusive tuk-tuk driver “husband” at the age of just 17 years old.

She was sent to her husband’s home by her parents after they discovered she was pregnant.

The father of the baby wanted the pregnancy aborted, but Prisca, who was brought up by church leader parents, could not bring herself to “killing”.

Chebet, who is now four months' pregnant, met the husband after she boarded his tuk-tuk.

“We were just friends and he would offer me free rides. I took them because I could save money meant for transportat and instead use it in buying other personal items,” Chebet said.

And with school closed and with no parents to supervise as they were both working, Chebet found herself with a lot of free time, which gave her an opportunity to engage in sexual activities, something she really regrets.

Without the knowledge of safe sex or contraceptives, Chebet found herself pregnant.

When the parents discovered, they chased her away and she was forced to seek refuge at the driver’s house.

“I am like a second wife because his wife lives at their rural home. Ever since I came to his house, it has become a shouting field and he sometimes gets violent,” she said.

Chebet wishes her family could forgive and accept her back home.

Martha Katana, a class five pupil at Majaoni Primary School, was forced to marry a class five boy who had impregnated her.

“I met Katana and we became friends, but within a short period, I got pregnant,” she said.

Katana said her parents were angry at her after she informed them of her situation.

“My dad was mad and took me to Katana’s house and left me there. He said he will come back for me once I give birth,” she said.

However, months later, Katana still has to put up with her teenage husband as her father is yet to pick her up.

To make matters worse, her family moved back to their rural home.

Katana has to spend most of her days with her three-month-old child and her mother-in-law since the husband is always away most of the time.

Rape of minors in Kisumu sparks cry for safe houses 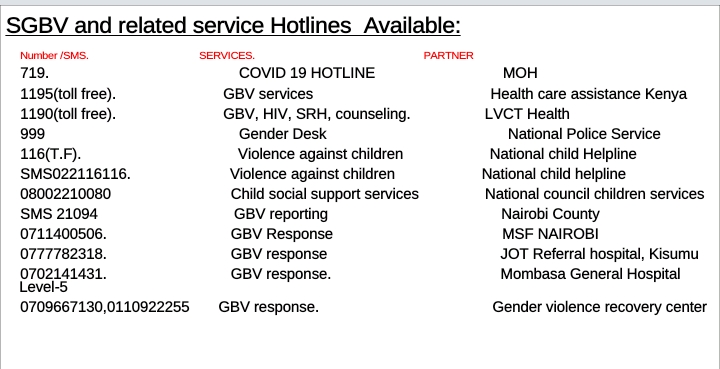 Often times, families solve the matter outside court, wholeheartedly give out their daughters to men, but when things don’t go according to expectations, that is when they look for legal assistance

These girls were underage when they got pregnant, which begs the question of how the authorities should handle the cases.

On one hand, there is a matter of whether the early pregnancies should be handled as consensual sex or as defilement, considering sex with an underage person amounts to an offence.

On the other hand, should the parents take responsibility of taking care of their pregnant girls, or should they be allowed to marry them off?

He said most of them are sent away to these men, without even considering whether the sex was consensual or it was defilement.

“I have received such reports and as a social worker and when I tried to follow up, you find out these girls no longer live with their parents. You ask yourself, where did they go?” he said.

In some cases, as social workers, they are also torn between whether to intervene or not, Ahmed added.

He said Kenya lacks safe houses where pregnant teens could be housed when rescued from forced marriages or chased out of their homes.

“You can rescue a girl, but where will you take her? If you take her to your house, the situation might turn against you. It would have been easy if we had a rescue centre,” Ahmed said.

His colleague Naila Abdalla said teenage pregnancy, which has been rampant in recent months, has resulted in a number of early marriage cases.

She said most parents whose girls are impregnated opt to take them to the people who impregnated them.

“Most parents do not stop to ask whether the sex was consensual or defilement. How can you take a girl to be married to her tormentor?” she said.

She said most parents prefer marrying off their girls instead of having to go through the “shame” of having daughters who gave birth out of wedlock.

In Kwale, competition for fancy weddings has been termed a major contributor to parents marrying off girls impregnated at an early age.

Sauti ya Wanawake chairperson Kwale chapter Mwanakombo Jerumani said once a girl is defiled or impregnated, the parents forcibly marry them off to hide the families from great shame.

“Often times, families solve the matter outside court, wholeheartedly give out their daughters to men, but when things don’t go according to expectations, that is when they look for legal assistance,” she said.

He said early marriages are increasing, especially in the remote areas of Kinango and Lunga Lunga subcounties.