Mystery of soaring numbers of Covid cases in Old Town

• Despite a month-long lockdown, the virus has continued to claim its residents, shining a spotlight on their way of life 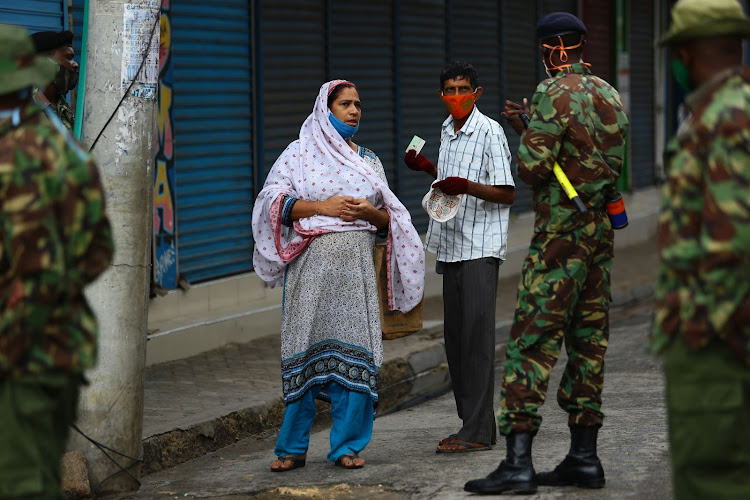 A few minutes to dhuhr (midday) prayers on a warm Tuesday morning in Old Town, Mombasa county, crowds surge towards a building, oblivious of the danger they are exposing themselves to.

Health officials dressed in hazmat suits emerge from the two-storey building with a stretcher, carrying the covered lifeless body of yet another victim of the coronavirus disease, who died in his house.

The body is then moved to a waiting Mombasa county van amid mourning cries from relatives and neighbours. The deceased has to be buried within the shortest time possible.

This has been a common yet unfortunate occurrence in Old Town, Mvita constituency, which has among the highest numbers of coronavirus infections and also deaths.

Surprisingly, most of the deaths recorded are in homes, a clear indication that residents have been shunning testing even when they exhibit symptoms.

Despite the trend, many residents still believe the coronavirus does not exist.

“We are happy that Old Town was opened up, but we tend to think the numbers are an exaggeration of the state and that is why we are not keen to observe some of the measures recommended by the government,” he said.

Asked about the deaths, he said most of the victims succumbed to other illnesses.

Halima Hassan, women elder at Kibokoni, said the coronavirus somehow exists but the numbers in Old Town have gone down..

She urged the government to limit the number of people in public places, when the cessation of movement is lifted.

Unlike the initial hotspot Kenya Ports Authority, where stringent protection measures were taken and adhered to, Old Town residents seemed to not only be flouting all the rules but daring and challenging the authorities, prompting Governor Hassan Joho to read the riot act to them.

He is loved nationally, loathed locally as he fights alarming spike in Mombasa
News
3 months ago

From stopping an ambulance from accessing Kibokoni in Old Town, to speaking vulgarities against the governor and the county, to boycotting targeted mass testing, the residents have been trying to make their point heard at all costs.

This cost them their freedom, as the national government declared a cessation of movement in Old Town, further complicating the residents’ lives.

The President on June 6, exactly one month later, lifted the same special restrictions imposed against the 75sq km enclave.

ROOT OF THE PROBLEM

Historical and cultural aspects of Old Town over the years may have complicated efforts to enforce the coronavirus health protocols.

Residents have a sentimental attachment to their culture, beliefs and traditions, which is why Mji wa Kale, built over 1,000 years ago, retains its ancient houses.

Athman Hussein, the National Museums of Kenya assistant director in charge of sites and monuments, says Old Town's woes date back to precolonial times, when the locals lived in closely knit communities.

Athman says since time immemorial, Old Town was the nerve centre of not only Mombasa Island but the whole of Coast region.

In the early years, Old Town used to be providing Kadhis, the coastal administrators, and was home to the first police post in the region, community parliament, while it also hosted the district commissioner’s office, provincial houses, courts, customs offices, warehousing and a once-vibrant port, the Old Port.

“This automatically meant that locals would get jobs, act as middlemen and exercised a lot of authority even after the coming of foreigners through the Indian Ocean. All that, however, changed, and they felt shortchanged,” Athman said.

The director said the recent outburst by residents against Joho’s remarks was just but a miscalculated misunderstanding between them.

“The new normal in Kenya right now is that every community wants to be consulted directly. Joho, Mvita MP Abdulswamad Nassir, are people born and brought up in the area,” Athman said.

“They went to address their ‘own’ people, and did not have any negative intentions. Unfortunately, they were misunderstood, and it backfired.”

The official said the two politicians were taking a ‘family’ responsibility to go rescue the situation.

For Old Town, it is an issue of cultural attitude, and also the ‘bitterness’ they feel for missing out, loss of resources and opportunities, and a sense of being unfavoured, Athman said. 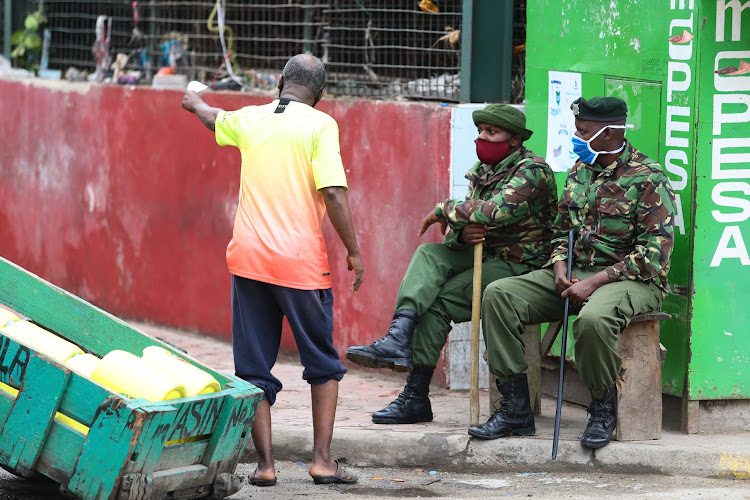 NOT DUE TO RELIGION

Prof Rocha Chimerah from Pwani University distanced religion from the spread of the virus in the predominantly Muslim community.

“If it was religion, you would have seen them going to mosques even without permission. The issue playing a major role here is culture,” he said.

Rocha blamed the defiance of health guidelines on historical detachment, whereby locals got used to their own ways of doing things and how they handled those perceived to be ‘outsiders’.

This was in reference to the Omani Arabs, Portuguese and other foreigners who came to Mombasa through Fort Jesus in Old Town.

“Old Town resistance doesn’t surprise me at all. Even in the rural areas, you will be surprised to find there is no social distancing even in burials, and a disregard of curfew hours," Rocha said.

"Culture dictates that the elderly are consulted properly so they don’t feel like they are being attacked or looked down upon.”

The accusatory tone by the governor and other leaders, he said, made locals more resistant. He proposed that the government and other stakeholders take time to educate people on protection, since some still believe the disease does not exist.

“When they were being arrested and taken to quarantine, they were isolated from their families and ended up paying a lot of money. This, from the word go, rubbed the residents the wrong way,” he said.

Rocha added that social halls, chiefs and other leaders should be used to help residents learn how to flatten the curve.

Dr Halimu Shauri, an associate professor, department of social sciences, Pwani University, said apart from how Old Town residents were socialised, the other challenge was the management of the pandemic.

“It would have worked if they (government) not only communicated to the people on the patterns of the infections, but also conceived an approach for awareness creation,” he said.

"What the Health Minister Mutahi Kagwe is doing is giving communication, but Kenyans need more. There should be awareness creation, where comprehensive information is given and people made to participate."

The sociologist termed communication, awareness creation and education as the three key pillars that would have helped flatten the curve.

“The Public Health departments should have awareness and educative programmes run from the villages to sensitise residents. When they are told to work from home, keep social distance or wash their hands and wear gloves, they should also be educated as to how all that is to be done and why,” Shauri said.

The professor said Old Town residents should have been empowered on new, better and alternative ways of doing things.

“Old Town residents were not able to be re-socialised to the new normal. And one of the challenges of re-socialisation is that it has happen as fast as possible since it means undoing what people were used to doing, and it is not easy,” he said.

The professor added that the process ought to have been commenced early enough to ensure it is successful.

“These are people used to undertaking their issues in a particular way. Coercion for them cannot work, and therefore it needed a careful approach to convince them to change,” he said.

Inside panya routes used from Nairobi to Mombasa and back