Curse of the chieftaincy in Lamu: Tale of drugs, horror and murder

Administrators and police are targeted by drug cartels in Lamu East, which kill them as a warning to any person trying to stop their illegal trade

• As such, the positions of chief, assistant chief and Nyumba Kumi elder now shunned

"Taking up that job is putting my life on the line. From the day I start, I would be waiting for my death. I want to see my kids through school and die of old age, not be murdered."

Those are the words of Akhdar Saddat, 45, of Tchundwa village, Lamu East.

Like many residents, Saddat believes the chief’s job is cursed because many who have held that post have ended up brutally murdered, most of them in broad daylight, by panga-wielding assailants.

Currently, the three villages of Mbwajumwali, Myabogi and Tchundwa in Lamu East are without chiefs, assistant chiefs and Nyumba Kumi elders.

Tens of chiefs, assistant chiefs, Nyumba Kumi officials, community leaders and, most recently, police officers, have been murdered by drug gangs and cartels as a warning to any person trying to stop their illegal trade.

All the affected villages are caught up in the illegal drug trade, with cartels believed to be running the areas not hesitating to eliminate anyone who stands in their way.

“As it is right now, there needs to be a guarantee that one will stay alive after taking up these jobs; otherwise, these villages will be without chiefs and administrators for a long time to come. Right now, that is a death sentence,” Saddat added.

The three villages are renowned for panga gangs, who walk around brandishing their tools of terror in broad daylight.

These gangs are mostly made up of drug users and sellers, and their sole objective, or so it seems, is to defend the illegal trade at all costs. Panga fights and deaths in these villages are not new.

The various communities in these villages are on a serious feuding mode. Any attempt by the government and county administration to reconcile them has only resulted in more bloodshed.

Chiefs, assistants chiefs, Nyumba Kumi elders and community activists who have been tasked with trying to reconcile the feuding communities have become an easy target for these gangs, and most have paid the ultimate price.

Those who are still alive keep looking over their shoulders since it is no longer a secret that their deaths are being plotted by the gangs.

The national government has acknowledged that they are finding it impossible to replace murdered local administrators in Lamu East.

At least five chiefs and a Nyumba Kumi official have been killed by panga-wielding gangs in villages that are equally notorious for drugs.

The deaths are believed to be due to the administrators’ tough stance on fighting the narcotics trade.

On December 11 last year, Mbwajumwali senior chief Mohamed Haji Famau and his assistant Malik Athman Shee of Myabogi sublocation were targeted. Two men disguised as women wearing buibuis and face veils attacked and slashed them to death in their office in broad daylight.

Seven months later, replacing them has proved to be quite a task as no one has dared apply for the posts, even after numerous adverts were placed.

On April 22 last year, Amina Bakari, 30, a volunteer peer educator with the Kenya Red Cross and a Nyumba Kumi official, was hacked to death as she closed her shop in Mbwajumwali village at around 11pm. Her replacement is yet to be found.

On June 10, 2016, Mbwajumwali senior chief Mohamed Shee Mohamed was hacked to death in the morning as he headed to work.

Police officers operating in these villages face the same wrath, with at least two killed by suspected drug gangs in the last one year.

On the night of 8th this month, police constable Rodgers Odhiambo, who was attached to the Tchundwa police post in Lamu East, was accosted by panga-wielding thugs as he walked out of a shop in the village at around 8.30pm, and hacked to death.

Investigations found the officer was lured to his death by a phone call from a civilian friend in the village.

On October 5 last year, police constable Hesbon Okemwa attached to the same post was murdered and his badly mutilated body recovered in a mangrove forest in Kizingitini four days later.

He is also believed to have been lured by a phone call from a snitch villager friend working for a drug dealer gang. His death was linked to his tough stance on drug dealers in the area.

Apart from the arrest of a few suspects in these murders, not a single person has stood trial for the same.

Justice for the murdered administrators might never be served, and many villagers believe their deaths will be for nothing.

This is the third time we are placing advertisements for the positions of chief and sub-chief for Tchundwa, Mbwajumwali and Myabogi areas but no one has come forward to show interest

Lamu county commissioner Irungu Macharia admits that it is hard for his office to find replacements for the murdered administrators as nobody has applied for the jobs even after numerous advertisements.

He said many residents of the affected villages believe the posts have been cursed as everybody who holds them ends up dead.

“This is the third time we are placing advertisements for the positions of chief and sub-chief for Tchundwa, Mbwajumwali and Myabogi areas, but no one has come forward to show interest. We know it’s because of the merciless deaths of the previous administrators. It’s frustrating,” Macharia said.

He said the government is not giving up and will employ every possible tactic to ensure the villages are governable again.

Statistics from the office of Coast regional commissioner John Elungata state that over Sh200,000, being the proceeds of drugs, circulates in Mbwajumwali village alone daily, with heroin and bhang being the main drugs sold.

Elungata has previously bemoaned the way the narcotics trade continues to dominate the region, sinking the ambitions of many young people.

He said the war of drugs is the major cause of deaths of administrators and police officers working in the county.

“It’s a sad situation but it's real. As the government, we shall continue to fight on until the law is obeyed,” he said. 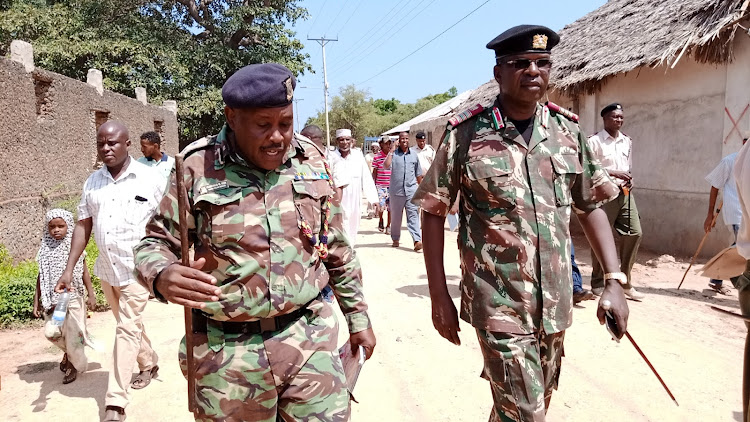 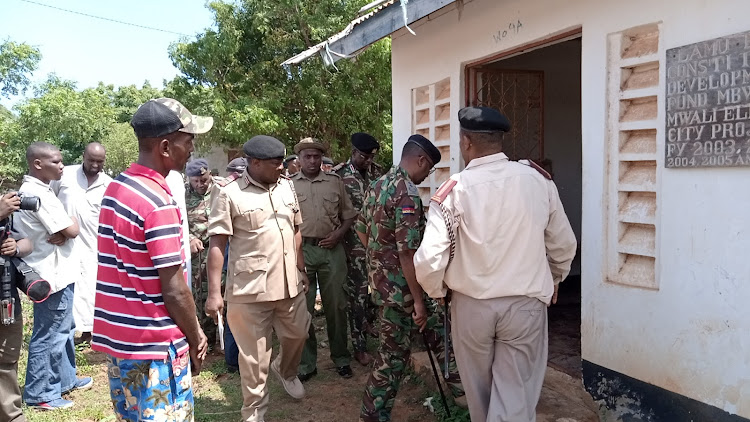 Villages elders, however, feel the government should do more to entice the brave ones into applying for the jobs.

Shamta Saleh of Myabogi said the positions of the chiefs and assistant chiefs ought to come with permanent guarantees of guns and bodyguards.

“I qualify for the job but I can never dare apply for it because I know my days will be numbered from the day I set foot in that office,” he said.

"It’s that bad. However, we feel they should first guarantee that chiefs here will be given guns for their own protection before asking people to apply."

Elder Muhashiam Bakari of Tchundwa village says the failure to prosecute murderers of previous administrators has given the impression that the government is overwhelmed.

“When such murders occur, people are keen to see the culprits captured and put away, but that hasn’t happened since 2016, when the first chief was killed,”he said.

"So if people know that once you take such a job, you are on your own, why bother?"

Elder Abdikarim Mohamed of Mbwajumwali says unless the war on narcotics is taken with the seriousness it deserves, the local narcotic gangs will continue to instil fear and the villages will remain without administrators.

“These gangs have tested the waters and they know they can get away with anything. They know how feared they are. They also know they can bribe their way around whenever things become thick. It’s not ending soon,” he said.

Under the circumstances, the elders unanimously agree on one thing: the chief’s job and that of their assistant is a doomed undertaking.