• Despite his best efforts, the infection rate in Mombasa is the highest outside Nairobi 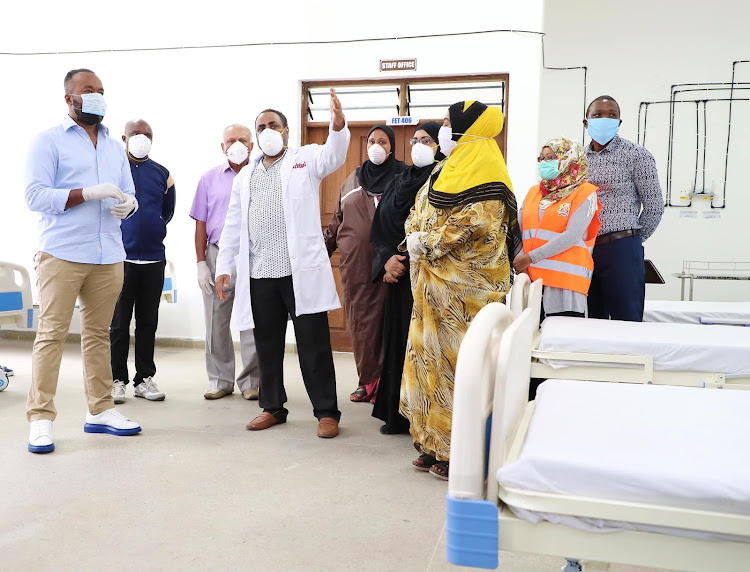 To many Kenyans, he is a hero, a governor who beats all his peers in developing strategies against the Covid-19 pandemic. However, to many residents in his county, he is just a politician who is after fame.

Mombasa Governor Hassan Joho, once called a “showbiz governor” by Nyali MP Mohammed Ali, has pulled many firsts in the war against Covid-19.

But some locals are against him for demanding that all Old Town residents undergo mandatory mass testing for Covid-19.

“He wants to be seen as a working governor, to find favour in the eyes of Kenyans,” says an Old Town resident.

However, Joho has denied seeking political mileage. “I’m not in a popularity contest. I do not want to be popular; I’m only interested in saving lives,” he told the press at Old Town last Saturday.

Jealous clique gangs up against Joho

Afraid his political star would shine even brighter.
News
2 years ago

His critics, among them Ali, say power has gotten into Joho’s head for assuming he can force locals to be tested.

“No governor in Kenya has any power under the constitution to force citizens to undergo mandatory testing or lock them in their houses,” says Ali, famously known as Jicho Pevu.

Since the beginning of March, Joho has been in the limelight, leading his administration in coming up with strategies to combat Covid-19.

He has also been vocal in pushing for a total lockdown to tame the spread of the disease. 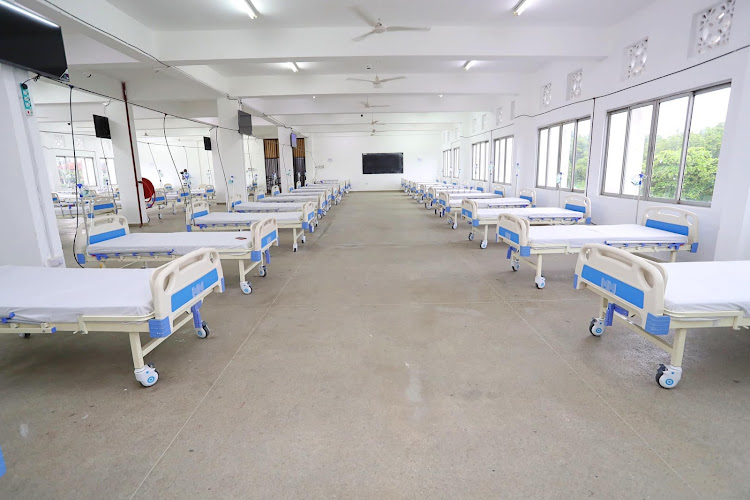 Joho has outshined all other governors. On March 16, he transformed the Coast Provincial General Hospital private wing into a fully fledged 19-bed isolation centre for Covid-19 patients.

Ten days later, he launched a Sh200 million kitty to mitigate the effects of hunger on the vulnerable people of Mombasa if a total lockdown is declared.

Apart from the Sh200 million kitty, the governor further mobilised the business community and private sector to donate foodstuff and other commodities, which are now being distributed to over 227,444 vulnerable people.

However, the food distribution process has already been faulted by locals, who claim village elders are only giving out the food to Joho’s supporters.

In Kisumu Ndogo in Nyali constituency, which was among the first areas of food distribution, locals claim they were left out despite being registered.

“I was told I own a boda boda, I cannot be classified as vulnerable,” says Chris, a boda boda operator.

Rashid, a caretaker in one of the flats, was left out of the food distribution, “because he lives in a three-storey flat”.

“I’m just a caretaker here, I do not have anything. I was registered by the village elder, but we were not given any food,” he says.

Joho and Shahbal are in the forefront against the coronavirus in Mombasa.
Counties
2 years ago

On April 6, Joho, in collaboration with his erstwhile political nemesis Suleiman Shahbal, launched disinfection booths at the Likoni crossing channel.

After several weeks of forcing the commuters to wash hands before boarding the ferry, it was becoming difficult to control the masses to observe hygiene and social distancing.

However, Joho and his networks set up the spraying booths at the Likoni channel, which could disinfect thousands of commuters without a hustle.

Joho received accolades for this technology. He replicated it at Nyali Bridge and Kongowea market. 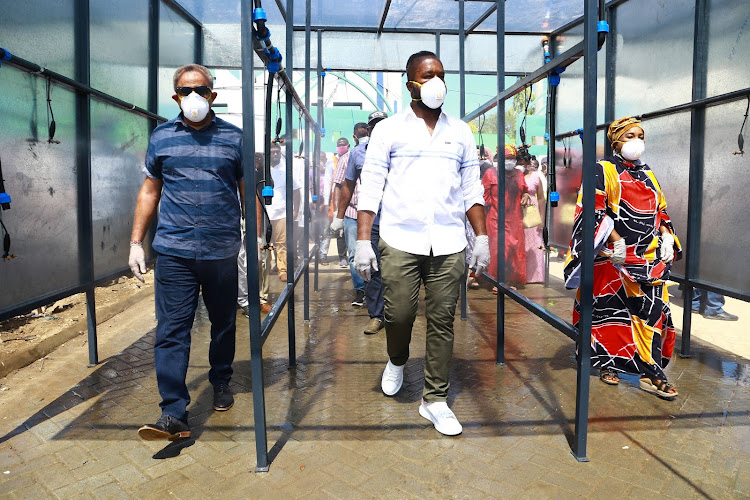 Nairobi Governor Mike Sonko and Kilifi’s Amason Kingi borrowed a leaf from Joho and installed similar booths in their counties.

On April 23, Joho launched yet another Covid-19 isolation centre, this time with a capacity of 300 beds, at the Technical University of Mombasa.

The centre was launched after Mombasa experienced a spike in the numbers of new cases of infection. The Port of Mombasa was then the epicentre of new infections.

The facility raised Mombasa's capacity to 409 beds for Covid-19 patients: 300 beds at TUM, 19 beds at Coast General and 90 others beds in several county hospitals.

A week later, the infection rate shot up again in Mombasa and especially Old Town.

County has 409 beds for Covid-19 patients.
Counties
2 years ago

As of Saturday, May 2, the Old Town area was commanding an unenviable lead with 38 positive cases of Covid-19, and six people had already succumbed to the disease.

“You (Old Town residents) are the ones at risk. Six people have been buried here since coronavirus was reported in Mombasa, but instead of taking precautions, you are busy criticising our efforts on social media. That will not help,” Joho said.

As of Monday, Mombasa county had 158 positive cases of Covid-19, which is 32 per cent of the national cases. Old Town was at 48 cases.

At least 13 persons have so far been reported to have succumbed to Covid-19, since the outbreak was first reported in Mombasa. Seven of the confirmed deaths are from Old Town. 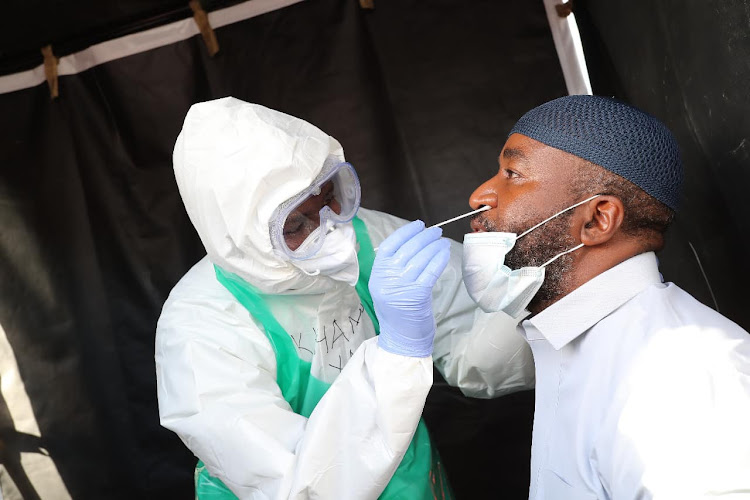 Joho, who co-chairs the Mombasa Executive Committee Against Covid-19 with county commissioner Gilbert Kitiyo, declared that all Old Town residents have to be tested for Covid-19.

“You must all be tested. If you do not show up voluntarily, we will come to your houses,” Joho said.

The mass testing programme in Old Town, which was launched last Thursday targeting 500 people per day, was recording an average of 10 per cent tests per day.

On the first day, only 53 persons showed up, and on the second day, another 76 came, but the number went down to only seven on the third day.

However, the outburst by Joho did not go down well with the locals of Old Town.

“If the governor wants us to be tested, he should lead by example. He should be the first one to come out to be tested in the public. He should stop using threats,” complained the Old Town residents.

A family of renowned Islamic scholar and popular herbalist Sheriff Mwinyi Karama, who died after coming into contact with a Covid-19 patient, was mistreated by law enforcers, according to Old Town residents.

They said the family of 17 people, including house helps, was forced into quarantine at Port Reitz Hospital, and at the end of 14 days was slapped with a Sh450,000 bill.

Joho, while reading the Riot Act to Old Town residents, told them to get tested.
Counties
2 years ago

However, Joho said he will not be cowed by his critics. “We have brought mass testing here, but people do not want to come out. What kind of laziness is this?” he said.

“I am not in a political contest and even if I was vying for any seat, I would still make the same decision. You have to be tested.”

Joho said there are imams and sheikhs secretly opening mosques in Old Town and allowing people to come in for prayers at night.

“You want police officers to come into those mosques and you start yelling that you are being targeted or accusing the government of mistreatment,” the county boss said.

We’ll not let you down. If you are positive, we will support you

County commissioner Kitiyo said Old Town residents are dancing with death. He said the region is now a dangerous zone for Covid-19 because of the high infection rate.

“I want to urge people from other regions, please do not come to Old Town,” he said.

“We now have 38 cases and have buried six others. The numbers are still on the rise.”

The county commissioner said they will have to involve Old Town chiefs and security agencies to enforce mass testing of all the residents, if they do not want to be tested voluntarily.

“The area chiefs must give us names of all Old Town residents. The mass testing programme is a must and we’ll follow up on the matter because you are dancing with death,” Kitiyo said.

With the current trend, the regional bosses warned Old Town will have to be placed under a lock and key.

However, Jicho Pevu Ali warned the threats will not work. “This is what Mombasa county people want: fair test results, free quarantine, conducive environment at quarantine centres and free treatment. Simple,” he said.

What does Joho-Ali tussle mean?

During the ASK Show , Joho, accused Ali of jealousy — in front of the President.
Counties
3 years ago

Mombasa Senator Mohammed Faki said mass testing is a very noble idea and everyone should be encouraged to take a test.

However, before people are subjected to the testing, leaders should deal with the problem of stigma associated with Covid-19, he said.

“Immediately you test positive, you will have to be isolated and your family and all your contacts are supposed to be quarantined,” Faki said.

“The cost involved is also prohibitive, considering the hard economic times courtesy of the pandemic.”

On Monday, the heat became unbearable for Joho, Kitiyo and Nassir.

They were forced to beat a hasty retreat, saying the tests will be done voluntarily, but warned that they will not allow Old Town residents to attack doctors conducting mass testing. 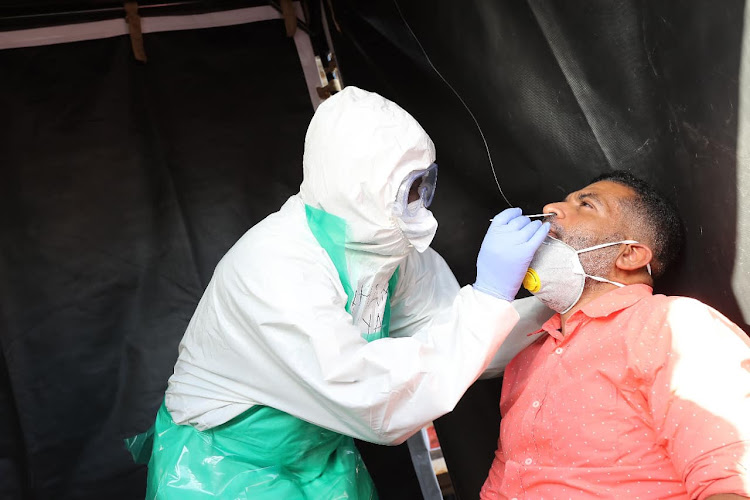 NOTHING TO FEAR Mvita MP Abdulswamad Nassir is tested for Covid-19 in Likoni on Monday
Image: CHARLES MGHENYI

The three leaders were also tested in public in Likoni.

“Threats will not work in Old Town,” Nassir said. “Today there are people who were threatening to pelt doctors involved in mass testing with stones. We have all agreed that if you do not want to be tested, stay away.”

Joho said whatever the county and national government are doing in Mombasa is for the benefit of the locals.

“We’ll not let you down. If you are positive, we will support you,” Joho said.

Kitiyo said they will look into several factors before someone is taken to a government facility for mandatory quarantine.

“Do not be afraid of quarantine. The public health officials will look where you come from before you are taken to quarantine. Our facilities are also friendly,” he said. 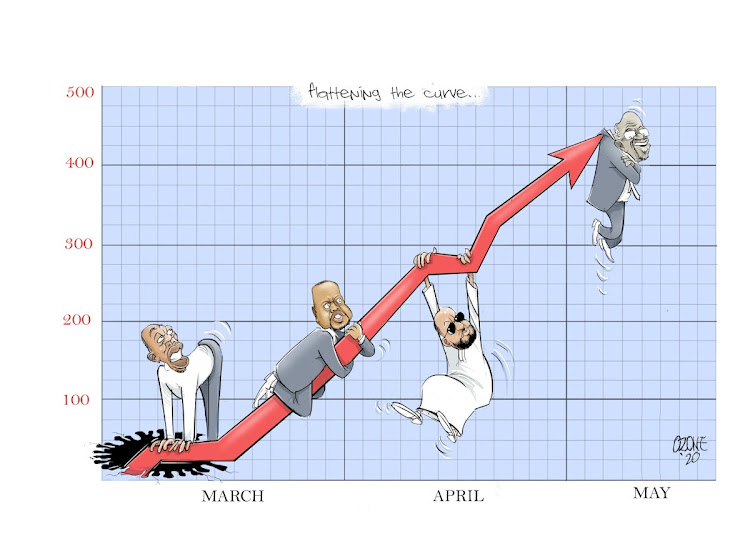 Post a comment
WATCH: The latest videos from the Star
by CHARLES MGHENYI Chief Correspondent, Coast Region
Big Read
07 May 2020 - 05:00
Read The E-Paper