Meru court has recorded more than 500 murder cases in the last two years, many in relation to land disputes

• Helpless residents pursue justice in vain, with some taking the law into their hands 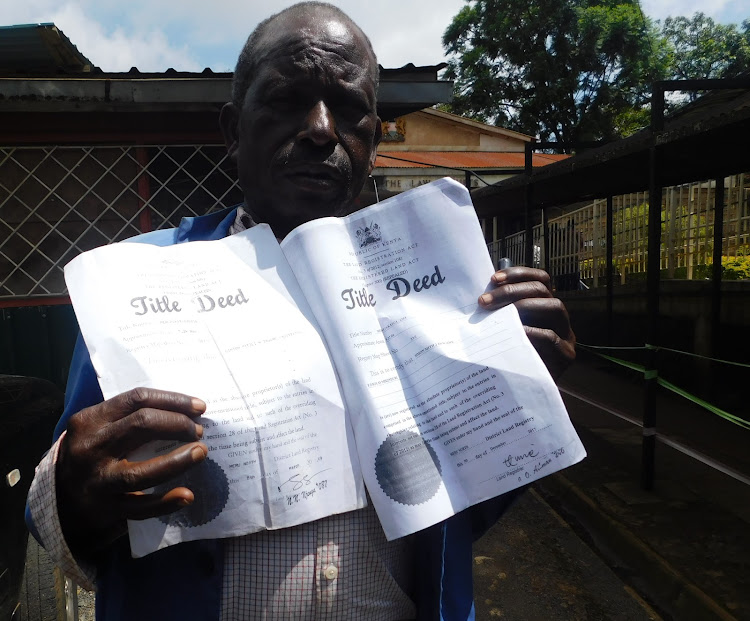 If the courts could speak, they would bear witness to the suffering of the vulnerable in Meru county as they are robbed of their land.

Several families languish in poverty not because they are lazy but due to these officers illegally acquiring and transferring land from the poor, the old and the widowed to rich individuals.

Peter Mugwika, 80, tells the Star his 4.3-acre land was grabbed and subdivided into five portions by 'ghosts’. We met him and his family in Kirindine B Adjudication Section, Ugoti sublocation, Igembe South subounty.

Joseph Mugwika, his firstborn son, said they won a case in 2010. His other son Edward Kirimi said he found out their land was grabbed and subdivided into five portions when he went to the Lands offices to do a search. 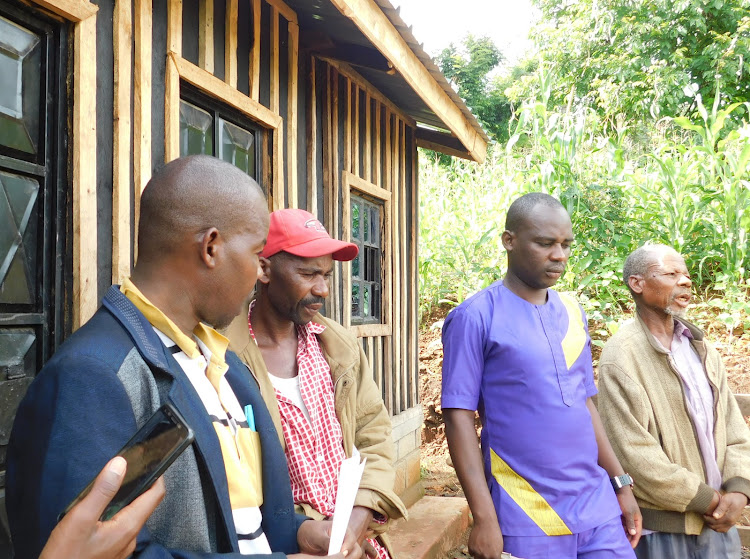 “I wrote a complaint on December 4, 2018. I went to Maua police station and the DCIO took too long to compile a report and take it to the DPP,” he said.

Kirimi said he has faith in the DPP's office and wishes forgery culprits are brought to book.

“M’Ntulitari Ithanya had said my uncle William Mururu sold him our land, but Mururu denied selling it at Maua DCIO offices," he said.

"We have never known who forged the documents and fingerprints of Mururu. Land officers say the parcel is not affected by subdivisions or any transfer in the AIR objection case, but in the parcels map, unknown people have been allocated our land."

AIR refers to adjudication records. This is the last stage, where people in that particular section are given 60 days to launch a land claim before titling.

"We don’t know what is going on in the land registry offices, who divided our land without even coming to the ground,” Kirimi said. 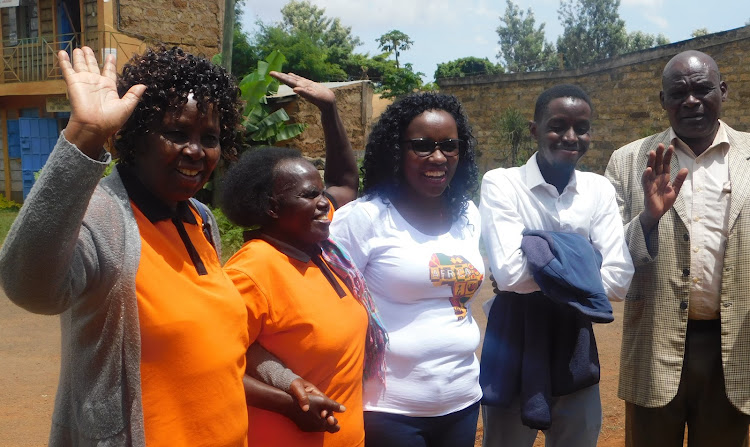 In December 2019, when the Star visited the Maua District Land Surveys (Dilaso’s) office, in charge John Muchiri confirmed there have been several such cases launched in the office since he announced AIR in March 2018.

“Demarcation started in 1984, and we always give residents room to file cases challenging AIR and those cases were handled after the 60 days elapsed in May 2018,” Muchiri said.

"They were around 80 cases. We cleared them and transferred all to Nairobi. Right now, we do not have any record for Kiirindine B."

Speaking on the phone, Githu the demarcation officer, said Mugwika’s problem is the person who is claimed to own the land is dead.

“There is evidence to show fraud was committed. It was clear the thumbprints didn’t match,” he said.

"The land ownership should be challenged in court so that it remains one title, 275 of Mugwika. The titles will be nullified if they file objection. I was not in Meru when demarcation was done."

In Tigania West, Christine Nkuene Muchungu, a widow is also fighting to reclaim her land.

Nkuene, alongside her two sons Mwenda Thuranira and Paul Muchui, was on February acquitted by senior resident magistrate Paul Wechuli of charges relating to the same land.

Nkuene, 64, said she has been receiving threats, harassment and intimidation by some family members since she lost her husband 10 years ago.

“We bought it in 1982 and the seller has written an affidavit in support. The chief and his assistant confirmed the same. However, in 2011, my sister-in-law forged documents,” Nkuene said.

She has no entry to her mansion building due to an erected fence.

“For the last 11 years, we have been unable to access the graveyard of my husband,” she told the Star.

"My sister-in-law and her children stand at the graveyard armed with pangas and other crude weapons any time we try to access it, even after an outside court dialogue and resolution by the church, Njuri elders and family." 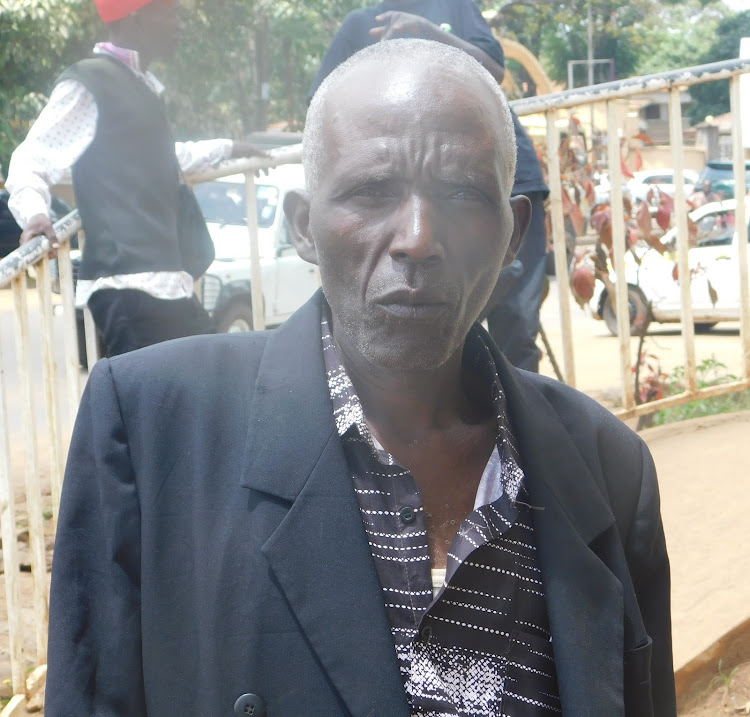 For the last 20 years, he has been fighting in vain to reclaim his five acres, even after 40 divisional Njuri Ncheke elders concluded he was the sole owner of the land.

“I went to the DO Kamau, who wrote a letter to his Tharaka South counterpart, Osembe, calling upon the summoning of Njeru Kijiru and Mucee Kinugu, who had divided my land into two portions after grabbing it,” he said.

"The two never complied. In April 2019, I visited the current Tigania Central DCC, who promised to take action. He told me to wait for the land ownership disputes temperatures to end, till now."

The widower and a father of seven said his children risk dropping out of school due to lack of school fees.

Simeon Irware is living in fear after police officers from Mulika police station are allegedly hunting him.

He said his son, wife and some other children are facing stigma for arbitrary arrests and being charged in court case Number 222 of 2017 for allegedly stealing food crops, yet he says the crops belong to him.

Governor Murungi recently unveiled a report detailing 1,735 acres of public land that have been grabbed and 152 acres that have been encroached by individuals.

The committee chaired by advocate Rogers Ruthugua said 230 parcels of land, totalling 693.68ha, have been confirmed unavailable for public use due to grabbing.

In November last year, there was a battle for ownership of some 2,000 acres in Amung’enti ‘D’ adjudication area, allegedly belonging to five Meru clans. The clashes left one dead and scores injured.

He further claimed that prior to the killing, groups that enjoy the politician's support met at Nthanjene and Tumu Tumu police posts and took an oath and vowed to evict all farmers from the area.

Justice Anne Ong’injo said Meru court has recorded more than 500 murder cases in the last two years, many in relation to land disputes.

“We must go back to the drawing board to know how to sort out these issues. It seems that in as much as we jail people, the sentences don’t serve as a deterrent. There are so many people in prison over murder, but we should start asking when did the rain start beating us?” Ong’injo said.

Meru High Court Deputy Registrar Edward Tsimonjero said they had received information about people framing others they perceive to be enemies due to land ownership disagreements.

Meru county commander Patrick Lumumba said land is a very emotive issue. He said there are so many cartels who pretend to be genuine owners of land but in real sense have forged documents.

Lumumba said he has been so cautious when dealing with land matters in Meru because such cases can lead to deaths when one acts without investigation.

He said most of the land cases are forwarded to the office of DCI for thorough investigations and files are compiled for further action.

He lamented that there have been land officers collaborating with individuals to grab land, adding he has had cases where two people had the title deed of one similar parcel of land.

Land registrar George Njoroge said there were many cases emanating from land disputes. He urged Meru people to find amicable land dispute resolution mechanisms out of court, either through the intervention of the elders or chiefs.

Njoroge urged people to avoid brokers when buying land and consult qualified lawyers instead to guide them on the transfers.

The ruling by Justice Lucy Waithaka of the High Court in Nyeri, allowing a married woman to inherit property from her parents, has touched off a ...
News
1 year ago

Slavery history has been treated as a taboo despite need to break silence
News
1 month ago
STAR COMMUNITY POLICY AND PARTICIPATION GUIDELINES
by GERALD MUTETHIA Correspondent, Meru
Big Read
25 March 2020 - 05:00