How women should deal with reproductive health concerns

Fistula, ovarian cysts and urinary tract infections are some of the conditions that plague women

• In most cases, the ovarian cysts have no symptoms and may present with mild discomfort and actually be harmless 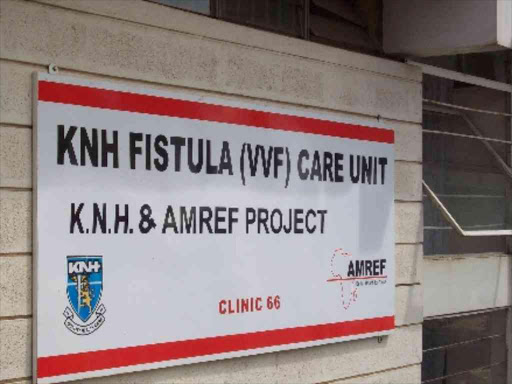 Women with fistula are subject to severe social stigma due to odour, which is constant and humiliating
Image: FILE

Every year, 3,000 Kenyan women develop fistula and at least 30,000 are living with the condition classified as a disability.

For close to 10 years of her life, Christine considered herself cursed because of a mysterious condition that made her unable to control her bowels.

Hailing from the Eastern part of Kenya in Ukambani, she was isolated by her community and her marriage fell apart.

"I didn't know what was wrong, I was embarrassed. I was not able to go to the toilet like other people. It happened without my control and made people not want to be near me," she said.

Unknown to Christine, after childbirth, she had developed fistula, which saw her leak urine and sometimes stool.

"When it started, I would wear bedsheets because diapers are expensive and just stay in the house. Raising my children was also a problem because of the condition," she said.

Last year, she was informed by a friend about a medical camp that was going to be held at the Kenyatta National Hospital for women suffering from her condition.

"I didn't know that other women suffered from the same thing because I had never met or heard of anyone else. I decided to go and seek medical help and see if things would change," she said.

In the two weeks the medical camp was held, 600 women suffering from fistula turned up for medical help.

Clinical scientist and senior lecturer at the University of Nairobi Moses Obimbo describes fistula as an abnormal connection between the vagina and urinary bladder, rectum, urethra or large intestines.

Fistula can be caused by obstructed labour, during surgery to remove the uterus or caesarean section, cancer of the cervix, colon or other pelvic regions, trauma to the pelvis or after radiation treatment.

"Obstructed labour is when a baby takes too long to come out during delivery, either when the baby is too big or the mother's delivery passage is too small. This happens commonly with home delivery but may also happen in hospitals," Obimbo said. 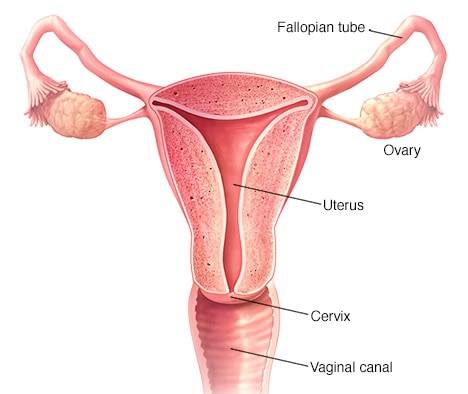 He adds the condition is very upsetting to the patient and is characterised by bad smell due to constant urine or stool leakage through the vagina, irritated skin around the vagina, frequent Urinary Tract Infections, including abscesses around the vagina or anus.

Fistula can be repaired via surgery. However, if left unattended, fistulas can result in death due to complications, Obimbo said.

However, there aren’t many trained surgeons to carry out fistula repairs in Africa. So far, Kenya has only eight surgeons active in fistula treatment.

A few hospitals, such as KNH and some NGOs, offer this highly specialised service to patients who need them.

Speaking to the Star, obstetrician and gynaecologist Dr Allan Ikol said fistula is evidence of poor maternal health when the woman is not monitored closely during labour.

"There are a lot of repercussions when it comes to fistula. Psychologically, the woman goes through torture because they are always smelling like urine or feces and this may lead them to stop being social," he said.

He said many victims are abandoned by their families or friends when they develop the condition.

"Apart from their social life, women may also develop difficulty during childbirth. This is because the constant urine leakage hardens the layer around the vagina and may also cause pain during sex," he said.

The World Health Organisation states the biggest health concern for young people is the consequences of early and unprotected sex.

Cynthia started having sex at the age of 18 and failed to use any protection during her first few encounters. Soon after, she found out she was pregnant.

"I was really shocked because I thought we were safe since he used the withdrawal method. I was keeping away from contraception because I had a terrible reaction and my then-boyfriend did not like condoms," she said.

She then chose to have an abortion.

"I knew it would be risky because in my area, I had heard stories of girls dying because of botched abortions. I have a friend who suffers from terrible backache each time she gets her periods, but I was willing to undergo the procedure because I couldn't raise the child," she said.

She procured an abortion at a clinic in Mwiki for Sh2,000, and says she was lucky because apart from the pain, everything else seemed normal.

According to Guttmacher Institute, each year almost two-thirds of the estimated 345,000 pregnancies in Kenya among women aged 15-19 are unintended.

About 86 per cent of these unintended pregnancies occur among adolescents who have an unmet need for modern contraception.

The Health ministry estimates 465,000 abortions take place in Kenya every year, with 120,000 women receiving treatment from health facilities due to complications arising from the illegal procedures.

These are most prominent in low-income settlements and urban slums. This is despite sexual health and rights being basic needs that everyone should have access to.

After starting a new relationship, Cynthia started experiencing frequent urination that was characterised by sharp pain after she was done urinating.

"I had just started having sex with my new boyfriend and I thought it was an STI," she said.

Cynthia, 23, currently lives in Githurai, and she says she was afraid to ask anyone for help.

"It was embarrassing and I had not heard anyone else complain about the same thing. I googled the symptoms and saw that it was possibly a UTI, and that's when I went to hospital," she said.

"The infection may occur in the urethra and urinary bladder for lower UTI and ureter and kidneys for upper UTI," Obimbo said.

Due to their short urethra, women are at greater risk of urinary tract infections. The common offending bacteria are those that inhabit the gut or vagina and cross over to the urinary tract during sex or after using the toilet.

"Flank pain, which is discomfort in your upper abdomen or back and sides, may suggest upper UTI. Some patients may also present with fever, chills and malaise," Obimbo said.

His counterpart Ikol explained that UTIs are not sexually transmitted but can be contracted during intercourse, when the parties are unhygienic.

Common symptoms include pain during urination, urinating many times and feeling like the urge to urinate is uncontrollable, a sensation that the bladder is full even when it is not, lower abdominal pain and blood in the urine.

Many simple lower UTIs resolve spontaneously, but seeking treatment reduces the duration of symptoms and reduces the chance of the lower UTI from progressing to becoming an upper UTI.

"A quarter of women have a recurrence in spite of proper treatment. Your primary care doctor or gynaecologist should provide guidance if you experience the above symptoms," Obimbo said.

Enough oral fluid intake to enhance urination and frequent urination are helpful in preventing infections. Urinating after sex has also been shown to be a useful habit in preventing recurrent UTI. Wanjiku barely survived her high school because of the excruciating pain she had to endure every month during her period.

"I used to dread my periods because I knew I would have to deal with so much pain. I used to miss days of class because I could not walk or function, it always happened before my period and ended after," she said.

Wanjiku adds her mother also suffered from the same condition and dealt with it by taking strong painkillers.

"I relied heavily on Buscopan, which did little to ease the pain but it helped. At one point, the pain was so bad I passed out and had to be rushed to hospital at night," she said.

Wanjiku's periods were also very heavy and would last about a week. The pain would subside when they ended.

Each time she would experience pain, a classmate would be assigned to watch over her in the dorms.

"Sometimes I would prefer to go home because the pain was too much and there was no one to take care of me," she said.

Ovarian cysts are fluid-filled pockets in a woman's ovaries.

Dr Ikol says women develop cysts during ovulation that present little or no discomfort and are harmless.

Every month, each ovary has several follicles that begin to develop for each cycle. However, normally, only one will ovulate an egg. After ovulation, the follicle turns into a corpus luteum.

A follicle becomes cystic when it fails to ovulate and persists in the ovary accumulating fluid in it.

"When we perform a scan and find the woman has a cyst that is less than five centimetres in size, we may choose to put her under observation instead of going for surgery. However, if the cyst is bigger or the patient is in severe pain, we may decide to operate," Ikol said.

In most cases, the ovarian cysts have no symptoms and may present with mild discomfort and actually be harmless.

"Most of the cysts disappear without the need for any kind of treatment. Some, however, may turn out to be cancerous, especially if they occur after menopause," Obimbo said.

There may be no symptoms associated with simple cysts. Some are even found when one visits their gynaecologist during an examination or after an ultrasound scan.

"These cysts, commonly called functional cysts, would disappear on their own within two months. In some instances, they may present with a dull or sharp pain in the lower abdomen and bloating," Obimbo said.

"In cases where they become too large, they may end up twisting, causing vomiting and intense pain. In this instance, one may require urgent surgical intervention. The cysts may also burst on their own, causing bleeding."

He adds gynecologists will discuss with you the best way to manage the cysts, depending on the type and other factors, such as age and their complexity.

"Treatment options as indicated above include watchful waiting, hormonal treatment, and surgery," he said.