NOT EVEN A STIPEND

• Last month, there was a debate on social media about internships and whether or not they should be paid. 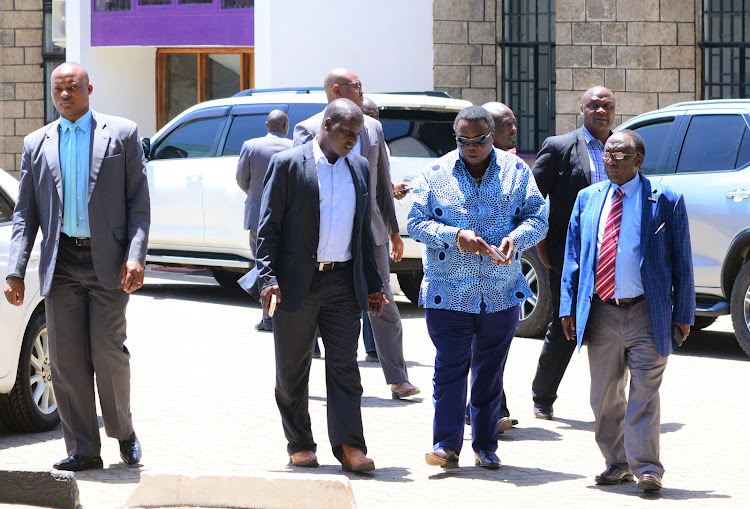 Labour Day is marked on May 1 every year. According to the International Labour Organisation, it is a day to promote the rights of workers. Cotu has set the theme for this year as, “Eradicate corruption to create jobs”.

According to Kenya National Bureau of Statistics Economic Survey 2019, the economy created 846,000 new jobs in 2018. The informal sector accounted for 83.6 per cent of the total employment, with 762,000 new jobs in the period under review.

Despite this, unemployment is still a cause for concern. The KNBS report shows that despite the government promising one million jobs when it took over in 2013, it has only created 1.8 million jobs in six years. This is equivalent to 360,000 new jobs per year, which is 64 per cent less than the one million target.

Desperation has pushed some youth to accept any job regardless of the pay and terms. Last month, there was a debate on social media about internships and whether or not they should be paid.

The debate started when the CEO of Nailab, an incubator and accelerator for ICT startups, described how one of his interns, whom he did not pay a stipend, went on to start his own firm.

Sam Gichuru said he probably would not have hired the man had he asked for money.

He wrote on Twitter: "Let's talk about paid/unpaid internship. The founder/ CEO of @herdy_co was my unpaid intern, after internship (3 months) he started his company & today hires over 10 people, serves over 1,000 customers monthly. I also invested in his company. It's just been 36 months."

"He is not the only one who interned at @thenailab and today is running their own company or have very good jobs. Some were paid, some unpaid. If he had asked for pay, I would not have given him a chance. He was actually very specific, he said No Pay."

Gichuru said paying interns can strain an SME's budget. The comments caused a debate on Twitter under the hashtag #payinterns. While some supported the call for pay, others said interns gain invaluable experience worth more than a stipend.

Stephen Amadalo, the managing partner at HR consultancy Baseline RP, says an intern should be paid at least a basic stipend.

Should interns be paid? KOT debate

Some demand remuneration, some say no, internships are for experience.
News
3 years ago

However, he goes on to say, "This is best practice and is not guided by any statutory statements but can be derived from the law. An intern is actually an employee under the term indentured learner, and hence must be guarded under the same terms as other employees."

Veronica Mutua, an HR administrator with the Fred Hallows Foundation concurs. "Interns are entitled to a stipend on good practice, just to allow them to get by," she says.

Responding to the argument by some that not paying interns is exploiting them, Mutua says, “The cost of doing business in Kenya is high. Why shouldn’t someone get an intern, attache or graduate trainee to do work that would be done by someone who would cost him or her?"

On the issue of some Kenyans seeking 'greener pastures' in the Middle East only to be mistreated, Amadalo says, "Our laws are very clear on contracts of employment out of the country."

"Most Kenyans suffering in the Middle East have gone there without following the laid-down procedures. They are victims of unscrupulous businessmen who purport to be agencies. It follows that they are not registered by our embassies in those countries, so their welfare is not catered for."

Amadalo says consequently, these Kenyans do not have any recourse in law if they suffer mistreatment.

"Their employers know this and that's why they are taking advantage of the situation. All agencies recruiting Kenyans to work in the Middle East, especially as domestic workers and other low-cadre employment, need to be able to do due diligence and follow what the law requires."

As Kenya joins the world in marking Labour Day, workers in lower-cadre jobs can only hope the government offers them support through legislation and the judicial system in ensuring their rights are respected.

Internships key in transition from class to workplace

The private sector has been urged to offer internships to TVET students. Vocational Training PS Kevit Desai and Youth CS Margaret Kobia made the ...
Counties
3 years ago
Post a comment
WATCH: The latest videos from the Star
by CLAIRE MUNDE Digital Sub-editor
Big Read
01 May 2019 - 00:00
Read The E-Paper