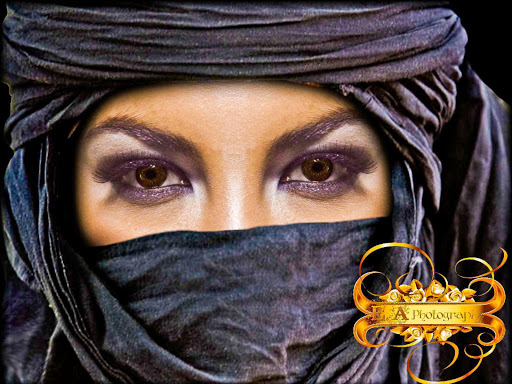 Although police foiled the Sunday attack at the Mombasa Central police station, where three women stabbed an officer and threw a petrol bomb, it was a wake-up call to security agents. It seems Kenya is now the next stop for radicals increasingly using indoctrinated women suicide bombers to carry out their missions.

African countries previously targeted by female suicide bombers and terrorists include Cameroon, Niger and Nigeria. Elsewhere, the latest cases include three French women accused of planning to blow up a car packed with gas cylinders near Notre Dame Cathedral in Paris last week.

In Kenya, the only previous direct link between women and terrorism was when several women were accused of being al Shabaab brides. The cases are pending in court.

Security analysts say the trend may be a vicious cycle, if not urgently addressed. “Some of the radicalised women can be very vicious when indoctrinated. Since women are believed to be soft targets — in a way that they are least suspected and are easy to convince — it makes planning for attacks easier,” development expert Mwambeyu Chivanga said.

It was not strange that the Sunday attack coincided with the 15th anniversary of the September 11, 2001 al Qaeda attacks on US soil. Suspects Ramla Hussein (Tasneem), Maimuna Abdirahman (Fatuma) and a third one identified as Mariam were linked to Isis. They barely had enough weapons to defend themselves, being in possession of a knife, a suicide vest that is yet to be produced by the police, a bulletproof jacket and a petrol bomb.

Apparently, two of the women attackers, Tasneem and Fatuma, were sisters, and according to their father, had changed their names to conceal their identities. Sociologists believe the three women were not full-blown terrorists and had gotten to a stage where they felt inspired and they trusted their instincts that they could wage a massive attack.

On Wednesday, slain cleric Aboud Rogo’s widow, Haniya Said Saggar, was arrested from her home in Kikambala and arraigned in court. Police claimed they had intercepted communication and some transactions that could prove she was in touch with the terror suspects.

Police spokesperson Charles Owino said three other women, Naima Mohamed Ali, Saida Ali Hajji and Shukri Ali Hajji, have also been arrested. He said investigations to establish the motive of the women, and who was working with them, are still on. Haniya, Saida, Naima and Shukri are already in court over terror activities and harbouring terror suspects.

When the ‘al Shabaab brides’ were arrested while headed to Somalia via Syria, security experts may have triggered a new line of thinking in terms of fighting terrorism.

“The focus all along has been on youths being recruited, and no one ever thought women were a part of it, but it seems they have been prepared for long. Recruiters trace someone from very far, check their school work, commitment to religion, among other issues,” Chivanga said.

Two of the terror suspects from the Sunday attack scored highly in the schools where they sat exams, although they had disciplinary problems and did their exams either from outside or while facing expulsion.

The stubbornness of the women was further exhibited in their dying moments. “The look on the eyes of one of the women was one full of revenge, anger, but at the same time, they seemed content that they had accomplished their mission,” said an officer who was at the station during the attack.

The incident occurred just when calm was slowly returning to Majengo in Mombasa, an area perceived to be a hotbed of terror, due to frequent battles between protesting radical youths and security officials three years ago.

Two mosques, Masjid Sakina and Musa, which were in the centre of controversy, are located several metres apart in Majengo. In 2013, at the height of violent confrontations, Majengo became a no-go zone for those who opposed violent extremism.

The ripple effect forced both Muslim and non-Muslim traders in Majengo and the sprawling neighbourhood to close down indefinitely. Many rental houses remained unoccupied after tenants moved to safer regions, Likoni and Tudor.

February 2014 was the climax of the conflict, when security agents stormed Masjid Musa to disrupt an alleged recruitment forum for al Shabaab members.

Over 300 Muslim youth had gathered at the mosque, in what was referred to within police circles as “Jihad Convention.” Police believe this was a recruitment forum for radicalised youth to join the Somalia-based al Shabaab militant group.

By the time the guns went silent on that fateful day, at least 11 youth had been killed during the confrontation. A GSU officer was also killed, stabbed to death by a youth. More than 100 youth were arrested.

Sakina and Musa mosques were associated with slain Muslim cleric Sheikh Aboud Rogo, accused of indoctrinating hundreds of Muslim youths with weekly lectures for decades as the government turned a blind on al Shabaab threats.

Rogo, who was a good orator, became popular among the Muslim community during the uprising of the Islamic Party of Kenya (IPK) in the Coast in the 1990s.

“Rogo issued many fatwa (advisory opinion) and gave a message of martyrdom to young Muslims who later crossed to Somalia to fight for jihad,” said security agents.

The fiery Sheikh Rogo was later killed in a drive-by shooting near Jomo Kenyatta public beach, while driving his family from Kikambala to Mombasa town on August 27, 2012. This sparked protests by Muslim youth.

Suspected al Shabaab militants went ahead to carry out a string of brazen, frequent and gory attacks in the Coast. The radicalised youth accused some imams of siding with the government, and forcibly took over mosque management. The moderate imams were kicked out, while others were killed.

In November 2013, the chairman of the Council of Imams and Preachers of Kenya (CIPK) Sheikh Idris Mohammed was ousted by radical youths from Sakina Mosque.

Sheikh Idris was later killed by gunmen a few months later as he prepared to enter a mosque in Manyatta area of Likoni in Mombasa. His murder was blamed on radical Islamists opposed to his moderate policies and preaching.

The main suspect behind the murder of Idris, Mohamed Sudi, was sentenced to death by the High Court in Mombasa in April.

The committees of two mosques, Masjid Musa and Sakina, were later disbanded and a new management was constituted.

The mosques are now headed by moderate imams, following intervention between the Mombasa government and community leaders.

Sheikh Khalifa told the Star that the interim committee of Sakina Mosque is now under Dr Fazil Ajmal, chairman of the Muslim Association of Mombasa, while Musa Khatib Khamis manages Musa mosque. He volunteered to take over running of the mosque after other community elders declined, for fear of action from the radical youth.

A spot check by the Star recently indicates that Majengo area is slowly recovering, but there is still fear of the unknown among the residents.

Latest intelligence reports indicate that al Shabaab threats have reduced following the killing of some of their financiers and their leaders. However, security experts warn that it is too early to celebrate.

According to security reports seen by the Star, police conclude that the group’s funding has been cut off, and the existing sleeper cells are disorganised.

“They don’t have any capacity to reorganise because they disintegrated. The leadership is in limbo, making it difficult for them to stage any successful attacks,” reads the report.

A senior National Intelligence Service officer told the Star that the few remaining leaders of local al Shabaab terror cells are scattered, while others have abandoned the group over fears of being executed by security agents.

The report indicates al Shabaab is yet to appoint a successor who commands the support of the youth and is an orator like Rogo.

Police said Soshi has in the past been linked with the radical Musa Mosque in Mombasa’s Majengo area and has ties with Luqman Osman Issa, the al Shabaab militant killed in Lamu last year.

Soshi is the brother of slain terror suspect Idris Soshi, who was gunned down in 2014 by anti-terror police officers in Bondeni.

Daud Abdi Mohammed, a lecturer at University of Nairobi, says to win the war against al Shabaab, Kenya will have to re-think its approaches and strategies.

“We need to strategically invest in the youth to address the root causes of recruitment into radical groupings. Those already radicalised need to be reintegrated back to society,” says Mohammed.

He said the government should build resilience by engaging communities to enable them receive intelligence reports of imminent terrorist attacks.

“The state should partner with civil society organisations that foster peace locally and internationally to win the war on terrorism,” he says.

As calm returns to Majengo and other parts of the Coast region perceived to be terror hotbeds, security analysts say, “It is, therefore, too early for the police to relax and celebrate as al Shabaab could be planning more brazen attacks.”

Police in the region said the raid on the Masjid Musa Mosque was prompted after the worshippers raised an al Shabaab flag and defied police warning not to converge at the mosque.

The state went ahead to shut down several mosques accused of radicalising the Mombasa youth into extremism beliefs and Jihad ideologies.

The mosques that were closed down indefinitely included; Musa and Sakina in Mvita and Swafaa and Mina in Kisauni. Grenades, ammunitions and petrol bombs were found, a narrative disputed by some leaders who instead blamed the government of planting the explosives.

Governor Hassan Joho and other coastal elected leaders called for the immediate cessation of the police operations, which they said were illegal, a violation of the residents’ rights and immediately demanding re-opening of the mosques.

Abu Ismail, a businessman, who owns a popular restaurant, Bin Agil, said they suffered losses running into millions of shillings during the skirmishes between 2012 and 2015.

Bin Agil is situated just a few meters from Musa Mosques, adjacent to Salvation Army Church that was also torched by youth protesting the killing of Muslim cleric sheikh Ibrahim Amur in October 2013.

Sheikh Ibrahim and four others were killed while heading home from Musa mosque where he had just finished preaching when their vehicle was sprayed with bullets along the Mombasa-Malindi highway.

The four were youth from Majengo and their execution further fueled the hatred between the state and local youth.

“We suffered immensely as business community for almost three years, Majengo was a no zone everybody avoided area because of insecurity, we had no option but to shut down the premises. Many hotels were closed because of constant street protests,” said Ismail.

During an interview with the Star, Ismail said many tenants residing near the two mosques moved out and houses remained vacant for many months.

He disclosed that landlords were forced to reduce rent charges and offer incentives in order to attract more clients, said the proprietor, who also owns some few houses in Majengo.

A two-bedroom house whose rent ranged between Sh20,000 and Sh25, 000 per month dropped to Sh12,000. We even offered new tenants two months rent free, but still the houses remained empty,” said Ismail.

He said they started receiving new tenants in January 2015 after the cases of terrorism declined in Mombasa.