I can't help my starving Ethiopian family - WHO boss

Since the war began in 2020, the region has been cut off from the outside world, with no phone or internet.

•Since the war began in 2020, the region has been cut off from the outside world, with no phone or internet. 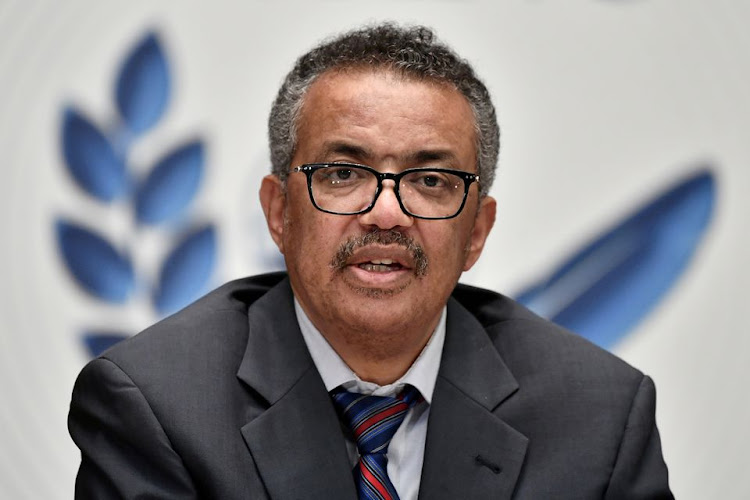 The World Health Organization (WHO) boss, Dr Tedros Ghebreyesus, has lamented being unable to send money to his "starving" relatives in Ethiopia's war-torn Tigray region.

"I don't know even who is dead or who is alive," he continued.

Since the war began in 2020, the region has been cut off from the outside world, with no phone or internet.

Ethiopia's government has been accused of imposing an aid blockade on the region which impeded crucial deliveries - something it blamed on the fighting.

Tens of thousands of civilians have died and millions are in urgent need of food aid. The World Food Programme says that almost half of Tigray's 5.5m population are in "severe" need of food.

It is not the first time Dr Tedros has spoken about the war. In 2020 he denied an Ethiopian general's accusations that he had helped procure weapons for the Tigray rebels.

"There have been reports suggesting I am taking sides in this situation. This is not true," he tweeted at the time.

"My heart breaks for my home, Ethiopia, and I call on all parties to work for peace and to ensure the safety of civilians and access for health and humanitarian assistance," he continued.

Fighting resumed this week after months of calm following the humanitarian truce agreed in March between Tigrayan forces and the Ethiopian government.

A spokesperson for the Tigray People's Liberation Front (TPLF), Getachew Reda, told the BBC's Newsday programme that heavy fighting was still going on and that the people of Tigray were suffering.

The TPLF blames the Ethiopian army for the outbreak of fighting, while Ethiopia blames the TPLF.

"It would be foolhardy for us to start a war when in actual fact our people are in need of humanitarian aid."

The government has not responded to BBC requests for comment.

Residents of Kobo, a city approximately 15 miles (25 km) away from some of the reported fighting areas told the BBC what they saw amid the fresh outbreak of violence.

"We are hearing sounds of heavy weaponry. It can still be heard. The war has already been escalated. An additional defence force is also entering the area," one woman said.

"The community is confused and some are fleeing to the nearby city. But most of them are alongside the federal defence force and the Amhara special force to face what is coming," a man said.

The Tigray war broke out in Ethiopia's northernmost region in November 2020 - later spreading south to the Amhara and Afar regions.

Thousands were killed, over two million people fled their homes and some 700,000 people were left living in "famine-like conditions", US officials said.