Official Russian security and military deals in Africa are actually being reinforced, despite the needs of the Ukraine war.

• Ukraine is not a global military power and it is not a permanent member of the UN Security Council, unlike Russia.

• As a result, many African leaders have concluded that they simply cannot afford to emulate direct Western confrontation with Moscow. 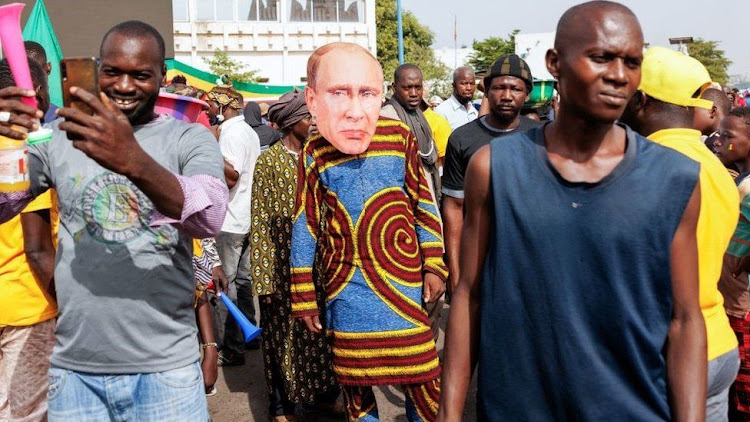 Addresses to summits and national parliaments around the world by Ukraine's President Volodymyr Zelensky have become a staple of the diplomatic calendar over the last few months.

But when he spoke to the African Union (AU) on Monday only four heads of state from the continent listened in, with the others represented by subordinates or officials.

The disappointing turnout was symptomatic of the unequal struggle that Kyiv faces in getting across its message in a continent of 54 countries where it has just 10 embassies - only a quarter of the Russian presence.

Ukraine is not a global military power and it is not a permanent member of the UN Security Council, unlike Russia.

As a result, many African leaders have concluded that they simply cannot afford to emulate direct Western confrontation with Moscow.

That is particularly the case now that the blockage of grain export shipments from Ukraine is contributing to an already serious food crisis, driving up the price of imports and jeopardising the flow of wheat, other cereals and cooking oil to African countries that are not self-sufficient.

Early this month Senegal's President Macky Sall, the current head of the AU, flew to the Russian Black Sea resort Sochi to discuss with Mr Putin how to free up the obstacles that are curbing desperately needed food exports from both Russia and Ukraine.

The talks produced some modest progress though not a decisive breakthrough. 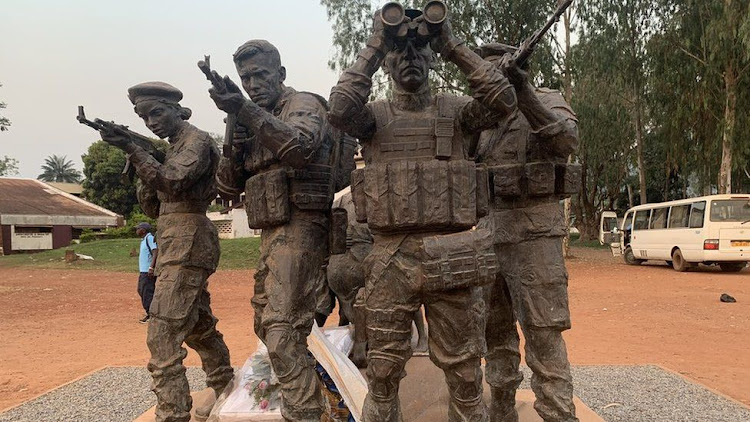 A monument to the Russian military has been put up in the capital of the Central African Republic
Image: BBC

Meanwhile, there are some hints that the invasion of Ukraine may be putting strain on Russian military engagement in Africa, with unconfirmed rumours of some troops from the mercenary group Wagner being called back from Central African Republic (CAR).

That would hardly be a surprise, given the demands of the intense military campaign in the crucial Donbas region.

However, there is no sign of a reduction in Wagner's presence in Mali - where its men have frequently been seen on operations alongside national forces.

Moreover, official Russian security and military deals in Africa are actually being reinforced, despite the needs of the Ukraine war.

Cameroon has become the latest target of this charm offensive.

The document makes no mention of arms shipments but hints suggestively that additional forms of collaboration could yet be agreed.

In fact, a 2015 deal had already provided for Russian deliveries of artillery and logistical and air support - useful for the campaign against jihadists in Cameroon's Far North region.

Yet although this new agreement with Moscow is less specific, it appears to be stirring concern in Western capitals. 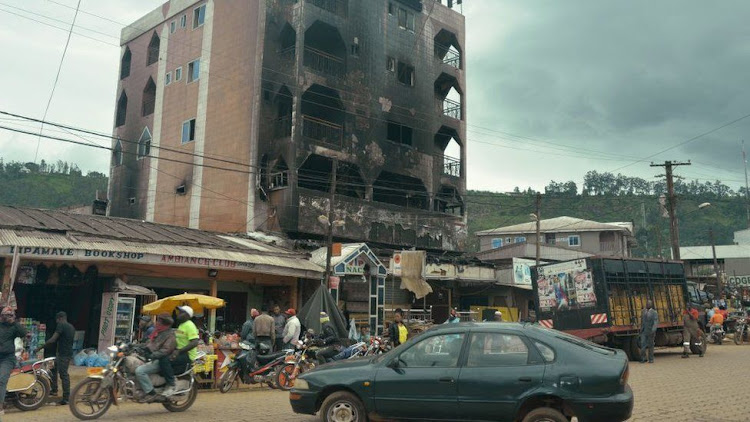 Cameroon is battling an insurgency by English-speaking separatists and militant Islamists
Image: AFP

The accord with Cameroon was signed against the dramatic new international context - the full-scale Russian invasion of Ukraine.

Western leaders now regard Russia as a major security threat, challenging the very foundations of democracy and the rules-based international system.

However, some African governments are reluctant buy into this negative perception of the Putin regime. And that applies not only to those such as Mali and CAR.

There are also longstanding African partners of the West that have held back from outright criticism of Mr Putin's actions.

Senegal, for example, opted not to support the 2 March UN General Assembly motion calling on Russia to stop using force against Ukraine.

Cameroon adopted a similarly equivocal stance, its ambassador to the UN judiciously flying home in early March so that he missed the crucial vote.

And then on 7 April the country also abstained when the General Assembly voted to suspend Russia from the UN Human Rights Council.

Domestic public opinion plays a part in such stances.

Lining up with France, the US and the UK is not always the most popular stance on the continent and the Cameroonian government, like a number of its peers, appears to have concluded that it had to take account of such popular feelings. 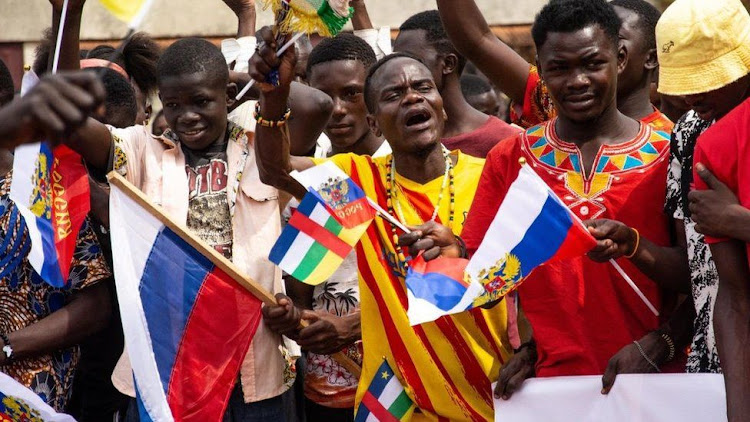 However, Cameroon is going much further, taking the proactive decision to sign the new military cooperation agreement with Russia even as Russian forces continued to bombard Ukrainian cities.

This distinctive stance is probably explained by the domestic situation in Cameroon.

The French-speaking President Paul Biya is facing security challenges on two fronts: while his regime combats the Nigeria-based Boko Haram and the Islamic State West Africa Province (Iswap) in the Far North region, it is also engaged in a lengthy struggle to suppress the separatist rebellion in the country's two English-speaking regions, South-West and North-West.

Besides Russia, Cameroon also has military cooperation agreements with France, China, Brazil and Turkey - and it used also to have an accord with the US.

Wagner accused of torture and killings

Yet Western partners such as Washington and Paris are concerned about human rights and governance issues and their assistance has come with conditions.

Indeed, concerns over the situation in Cameroon's English-speaking regions recently led the US to suspend its military support.

With the Americans holding back, some Cameroonian analysts fear that the government may now have decided to seek alternative support from a partner with fewer scruples about uncompromising military tactics, at the cost of human rights accountability.

Moscow's track record elsewhere in Africa suggests that it is comfortable in backing a hardline approach. 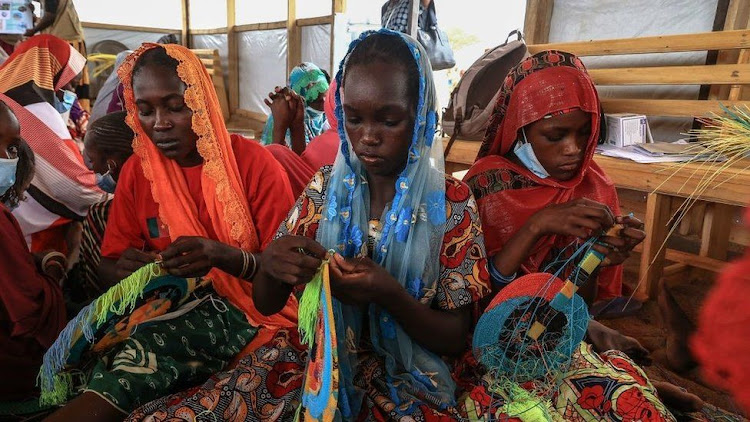 Violence in Cameroon has forced tens of thousands of people to live in camps
Image: GETTY IMAGES

In CAR, Wagner has been training the army since 2018 and its men helped government forces repulse a rebel assault on the capital Bangui in early 2021.

But UN experts have accused Wagner of committing serious human rights abuses against civilians; its fighters were recently alleged to have killed civilian villagers near Bria, the centre of the diamond-mining industry.

Wagner also operates in central Mali, alongside the national army, where, Human Rights Watch and local people have alleged, these two allied forces have tortured and killed villagers.

Malian government forces and the Russian mercenaries are alleged to have killed more than 300 people in Moura, in central Mali, in March.

It is hard to see Cameroon's government going so far as to hire the controversial mercenary contractor. It seems much more likely to stick with the conventional government-to-government ties envisaged in last month's Moscow agreement.

But the new partnership with Russia could certainly signal a renewed military assertiveness as the regime tries to suppress residual separatist rebel activity in English-speaking regions and the militant Islamist presence in the Far North region. 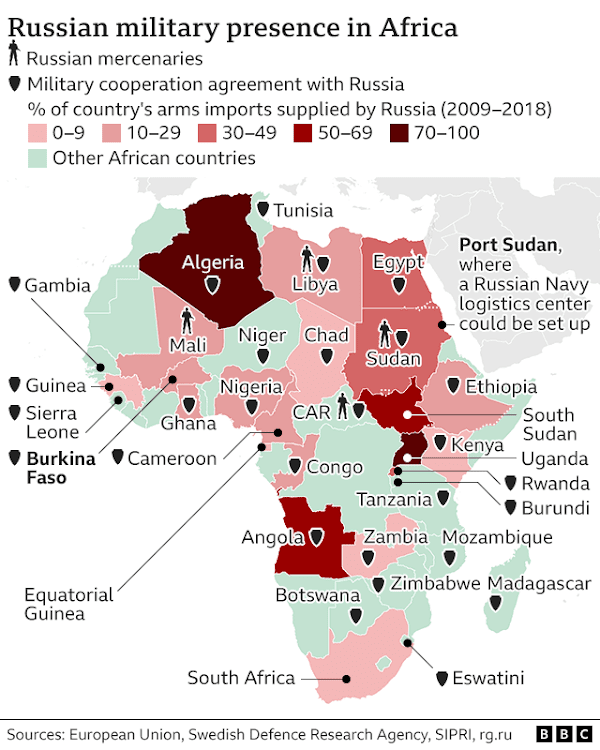