African grey parrots, are listed as an endangered species by the (IUCN).

•African grey parrots, are listed as an endangered species by the (IUCN).

•Loss of habitat and large nesting trees have had a significant impact on their numbers. 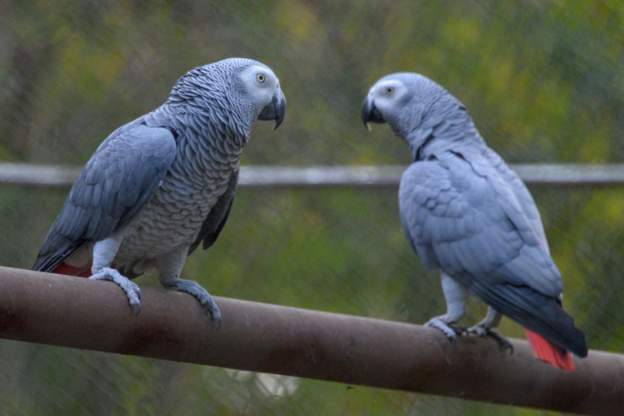 The Ugandan authorities say they have detained a Congolese national found transporting 122 African grey parrots in the western district of Kisoro.

The suspect was arrested with the birds crammed into two cages during a joint operation by the police, the Uganda Wildlife Authority (UWA) and the army.

UWA spokesman Bashir Hangi said they acted following a tip-off that parrots were being smuggled from Kinshasa, the capital of the Democratic Republic of Congo, to Uganda.

Three parrots had died when the man was arrested in Kibaya village near the border town of Bunagana.

The suspect is now being held at the Central Police Station in Uganda's capital, Kampala.

The parrots have been taken to the Uganda Wildlife Conservation Education Centre.

African grey parrots, native to rainforests in central Africa, are listed as an endangered species by the International Union for Conservation of Nature (IUCN).

Loss of habitat and large nesting trees have had a significant impact on their numbers.

They are one of the most heavily traded wild birds because of their ability to mimic human speech.

South Africa was among 17 African nations that abstained from voting on a United Nations resolution.
News
7 months ago

How Horn of Africa will be hit by conflict in Ukraine

A driver was injured, 20 were killed and burnt to ashes.
News
7 months ago
Post a comment
WATCH: The latest videos from the Star
by BBC NEWS None
Africa
21 April 2022 - 16:11
Read The E-Paper