• The uptick was driven mainly by vaccination campaigns in populous countries including the Democratic Republic of the Congo, Ethiopia, Kenya, and Nigeria.

• Tanzania, while not yet carrying out mass vaccinations, witnessed an increase of 152 per cent in vaccine uptake between January and February. 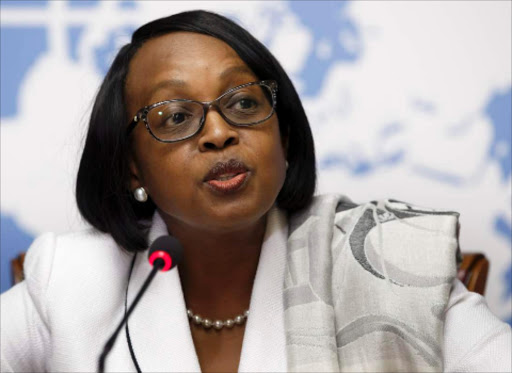 African Regional World Health Organisation (WHO) has said that there has been a decline in the number of new cases of coronavirus in the continent for nine straight weeks since the peak of the fourth pandemic wave in early January.

WHO Director for Africa Dr. Matshidiso Moeti said that the continent reported a 10 per cent decline in cases in the week ending on March 13 compared with the week before.

Dr. Moeti has however said that the challenge is to ensure that countries continue scaling up vaccine uptake even as the cases decline.

“Although the continent is reporting fewer and fewer cases, this does not signal the end of the pandemic. We must maximize on this opportunity to protect as many people as possible with the vaccine and close all the avenues for a Covid-19 resurgence,” Dr. Moeti said.

The organisation said that Africa’s Covid-19 vaccine uptake rose by 15 per cent between January, and February as several countries embarked on mass vaccination drives to expand coverage and protect populations against the adverse health impacts of the virus.

Around 62 million doses were administered across the continent in February up from 54 million in January.

The uptick was driven mainly by vaccination campaigns in populous countries including the Democratic Republic of the Congo, Ethiopia, Kenya, and Nigeria.

A mass vaccination campaign in Ethiopia, for instance, pushed up the number of doses administered by 136 per cent between January 23, and March 6, 2022.

In Kenya, a two-week mass vaccination drive in early February saw an average of 200 000 people vaccinated daily compared with 70, 000 per day before the campaign.

Tanzania, while not yet carrying out mass vaccinations, witnessed an increase of 152 per cent in vaccine uptake between January and February.

“The vaccination drives have ignited a positive momentum against the pandemic in Africa. With every additional person vaccinated, the weaker the power of Covid-19 over our lives becomes,” Dr. Moeti.

She added that even as progress is welcome, the pace of vaccination across the continent needs to increase nine-fold if it is to reach the set target of vaccinating 70 per cent of the population by June 2022.