To overturn a dead man's wishes, you pour libation to the ancestors.

• We watched in disbelief as South African President Cyril Ramaphosa announced the death without a background of a roomful of mournful-looking family members.

• When he died, it was agreed that the world had a lot to learn from his tumultuous life and the decidedly low-key manner of his funeral. 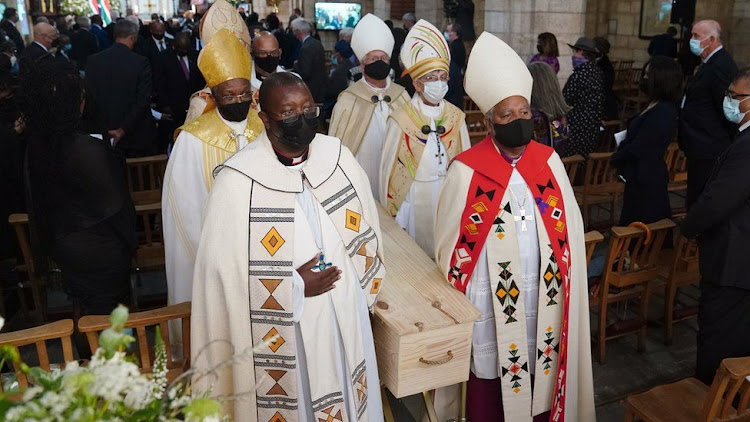 If ever there was someone who deserved the adjective "world-famous" it was Archbishop Emeritus Desmond Tutu.

When he died, it was agreed that the world had a lot to learn from his tumultuous life and the decidedly low-key manner of his funeral.

Over here in Ghana, the funeral capital of the world, however, the feeling was one of dismay and puzzlement that such a famous person could die and be buried within a week and with such little fanfare.

We have been pondering what we would have done faced with the death of such a famous person. He certainly would not have been buried within six days of dying.

It would have taken at least that long for the family to agree on the composition of the delegation that would go to formally inform the president of the republic of the sad passing of the illustrious son of the land.

We watched in disbelief as South African President Cyril Ramaphosa announced the death without a background of a roomful of mournful-looking family members, suitably dressed in black cloth.

Then, horror of horrors came the announcement from the Anglican Church giving the details of the funeral as the archbishop himself had asked. Surely, everybody knows that what you put down as your wishes for your funeral do not count once you die.

I once sat in a meeting when the family of a former chief justice of Ghana came to announce his passing to the president.

The head of the family said the late judge had left written instructions about how he wanted his funeral to be conducted. 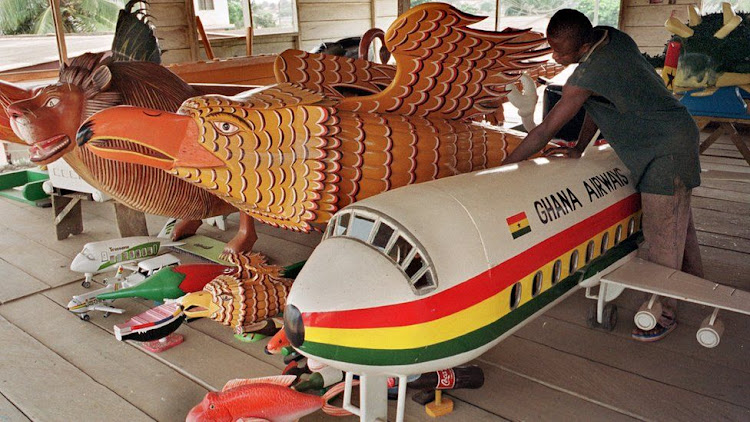 Ghanaians are well known for their elaborate coffins
Image: AFP

He requested to be buried within two weeks of his passing; however the day they went to make the announcement marked three weeks since he had died.

All you need do to overturn a dead man's wishes is to pour libation to the ancestors.

So, Tutu's instructions for a modest funeral would have been ignored and we would give him what we call in these parts "a befitting funeral".

He would certainly not have been buried in that plain pine casket.

And then it would be obligatory that a special cloth be designed with the archbishop's photo and that would have taken some time.

Thousands need to be fed

We would try and place the orders for the manufacture of the cloth at a local factory, but it would probably end up in China. Our tailors and seamstresses would be terribly busy.

A funeral committee would then have to be formed - sub-committees in charge of hospitality - a synonym for food and drink, which always takes the largest chunk of the funeral budget.

For someone like Tutu, thousands would need to be fed. Concessions to Covid would be made and reluctantly the grand buffet tables weighed down with food would be abandoned and we would provide takeaway packs for the crowds instead.

The publicity committee would make sure mega billboards with photos of the archbishop were erected at all major junctions in all cities.

The committee in charge of the funeral brochure would produce a glossy 100-plus-page booklet with his biography and tributes from world leaders and anyone who had ever sat in the same room with him. Of course, there would also be photographs documenting 90 years of a life well lived.

It takes a while to put this brochure together - nobody ever meets the deadline for the submission of the scripts for the tributes. Putting together an obituary notice takes immeasurable skill, which if not handled properly will lead to a family feud.

It might mean that the body would have to be kept in the morgue for about three months to get the arrangements in place, but then that would be the least period to keep a body without giving the impression you are burying a nonentity.

The scene of a line of Anglican clergy dressed in their robes and carrying Tutu's coffin was touching but we think we could improve on that with our famous singing-and-dancing pall bearers putting up a show.

A funeral is meant to be a show.

Maybe we would have agreed to his request for his body to be aquamated, just to show we were sensitive to environmental needs.

But we do believe the next time there is some such death, we in Ghana should be consulted to give a befitting funeral.

We are world leaders in funerals and are happy to share our expertise.