A new $1.3 billion commuter railway in Senegal meant to ease traffic gridlock and modernise a crumbling public transport system made its inaugural journey from the capital Dakar on Monday.

The Regional Express will connect Dakar with Diamniadio, an industrial city being built on a dusty plain about 40 kilometres (25 miles) away.

The first new railway since independence from France in 1960 is a cornerstone of President Macky Sall's Senegal Emergent plan, which includes a new airport, roads, sports arenas and a sleek conference centre.

The projects have burnished Senegal's image as one of Africa's fastest-growing economies. And the air-conditioned trains are expected to reduce pollution in Dakar, where banged-up old buses and taxis hurl clouds of black smoke as they inch towards the capital each morning.

"Senegalese people deserve to travel in comfort and safety, while controlling their time, with a mass transport system that meets the best international standards," the government said in a statement on Monday.

The 45-minute ride with built-in Wi-Fi will cost nearly $3 in a country where half the population lives in poverty, though shorter trips will be cheaper.

About 115,000 passengers are expected to commute daily on the train between Dakar and Diamniadio, the government said. Further extensions will connect the main airport and eventually other cities and towns in the coming years. 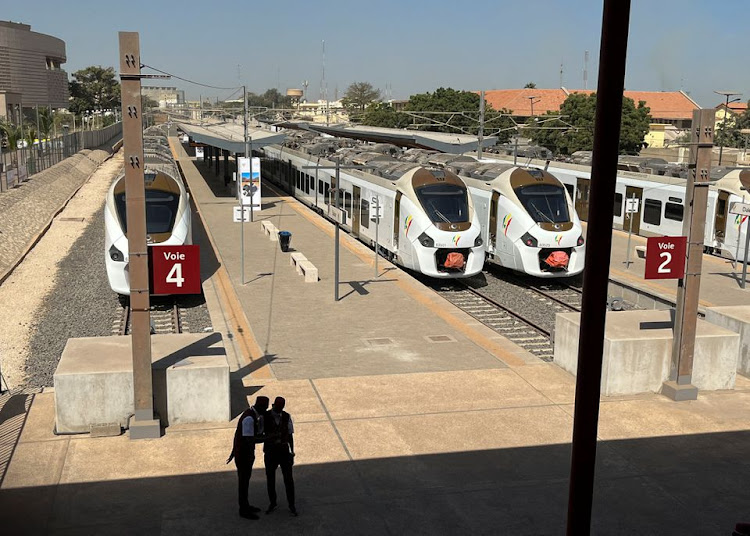 Workers stand at a platform next to Senegal's new commuter trains at a train station during the launch ceremony of the Regional Express in Dakar, Senegal, December 27, 2021
Image: REUTERS
Post a comment
WATCH: The latest videos from the Star
by REUTERS
Africa
28 December 2021 - 10:12
Read The E-Paper