• The conflict has reportedly killed hundreds and displaced thousands in recent weeks. The UN has warned it could trigger a humanitarian crisis.

• On Friday, South Africa's President Cyril Ramaphosa, in his capacity as the African Union Chairperson, announced the appointment of three former presidents to lead talks to end the conflict. 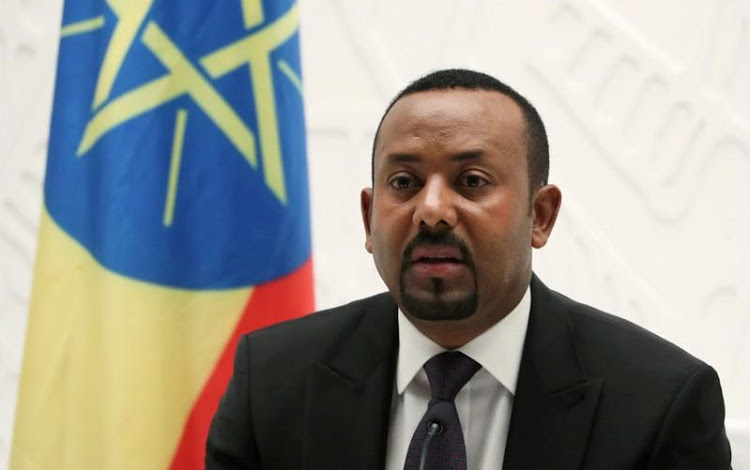 The Ethiopian government will not talk with leaders of the northern Tigray region to end the conflict there, an aide to PM Abiy Ahmed has told the BBC.

"We don't negotiate with criminals... We bring them to justice, not to the negotiating table," said Mamo Mihretu.

African leaders have urged the government to meet Tigrayan leaders.

The conflict has reportedly killed hundreds and displaced thousands in recent weeks. The UN has warned it could trigger a humanitarian crisis.

On Friday, South Africa's President Cyril Ramaphosa, in his capacity as the African Union Chairperson, announced the appointment of three former presidents to lead talks to end the conflict.

But Ethiopia has rejected the offer, seeing its operation as an internal "law enforcement" mission.

Government forces seized key towns last week and say they are preparing for an assault on Tigray's capital Mekelle.

The TPLF has vowed to defend the mountainous region. Its fighters, drawn mostly from a paramilitary unit and a well-drilled local militia, are thought to number 250,000.

The conflict is rooted in long-standing tension between the Tigray People's Liberation Front (TPLF), the powerful regional party, and Ethiopia's central government.

When Mr Abiy postponed a national election because of coronavirus in June, tensions escalated. The TPLF sees the central government as illegitimate, arguing that Mr Abiy no longer has a mandate.

On 4 November the Ethiopian prime minister announced an operation against the TPLF, accusing its forces of attacking the army's northern command headquarters in Mekelle.

TPLF has rejected the claims.

What else did Abiy's aide say?

"Our African brothers and sisters would play a more significant role if they put pressure on TPLF to surrender and for that, you know, nobody needs to go to Tigray or Mekelle to make that point clear to them," Mr Mamo said.

He said that former leaders from Mozambique, Liberia, and South Africa - who are due to arrive in the country in the coming days - would not be able to visit Tigray because of the ongoing military operation.

Communication and transport services has been severely hampered since fighting broke out.

Mr Mamo added that the government was doing its "utmost" to allow UN agencies to provide assistance to people in Tigray.

The military announced on Sunday that it was planning to seize Mekelle.

"The next phases are the decisive part of the operation, which is to encircle Mekelle using tanks, finishing the battle on mountainous areas and advancing to the fields," Col Dejene Tsegaye, a military spokesman, told the state-run Ethiopia Broadcasting Corporation.

But TPLF leader Debretsion Gebremichael told the AFP news agency that his forces "will not stop fighting," adding that government troops "will continue to pay for every move."

Explosions were heard in Asmara as several rockets landed on the outskirts of the city.
News
8 months ago

In only a week Tigray and federal government worked their way up from local clashes to air strikes.
Opinion
8 months ago
by BBC NEWS None
Africa
22 November 2020 - 18:19