Says resolutions should allow accurate representation of facts and balance all interests involved.

• Through the Ministry of Foreign Affairs, Ethiopia on Friday said it is dismayed by the resolution of the Executive Council of the Arab League concerning the dam.

• Ambassador Mahlet Hailu said the resolution issued on March 5 gives blind support to a member state without taking into consideration key facts at the center of the GERD talks. 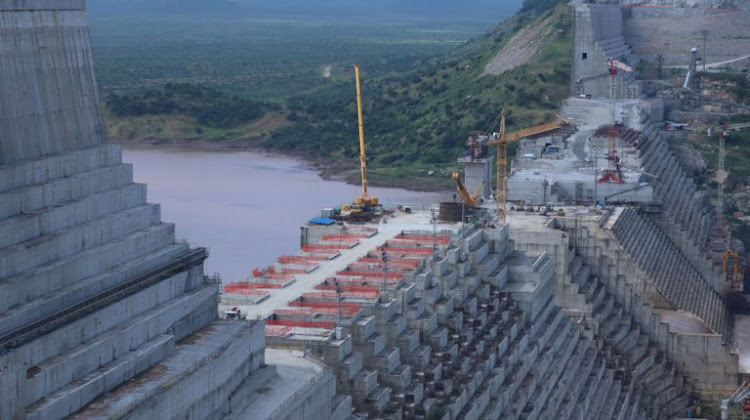 The ongoing construction of the GERD mega-dam
Image: COURTESY

The Ethiopian government has accused the Arab League of ‘blindly’ making resolutions over the Grand Ethiopian Renaissance Dam.

Through the Ministry of Foreign Affairs, Ethiopia on Friday said it is dismayed by the resolution of the Executive Council of the Arab League concerning the dam.

Ambassador Mahlet Hailu said the resolution issued on March 5 gives blind support to a member state without taking into consideration key facts at the center of the GERD talks.

The resolution showed solidarity with Egypt in protecting its historical rights to the Nile River water and refused any unilateral measures that might be taken by Addis Ababa regarding the dam.

The 153rd Regular Session of the Arab League at the Ministerial Level in Cairo issued a resolution on GERD that Egypt prepared and tabled at the council.

Top diplomats who attended the session said the resolution was necessary because the water security of Egypt is an integral part of Arab national security.

Though the resolution underscored ‘Arab’s support for the water rights of Egypt and Sudan’, Sudan expressed its reservations over the resolution and asked the session to remove its name from it.

But Hailu said, “Ethiopia rejects the resolution in its entirety”.

In a statement, Hailu said, “Ethiopia commends the stance taken by the Government of the Republic of Sudan for refusing to endorse the resolution of the Arab League. Sudan has once again demonstrated its position of being a voice of reason and justice in the latest orchestrated so-called 'Arab League position' on the GERD”.

The minister said Ethiopia is appreciative of Sudan’s principled position that helps advance win-win solutions for all the parties involved, through a commitment to open dialogue. 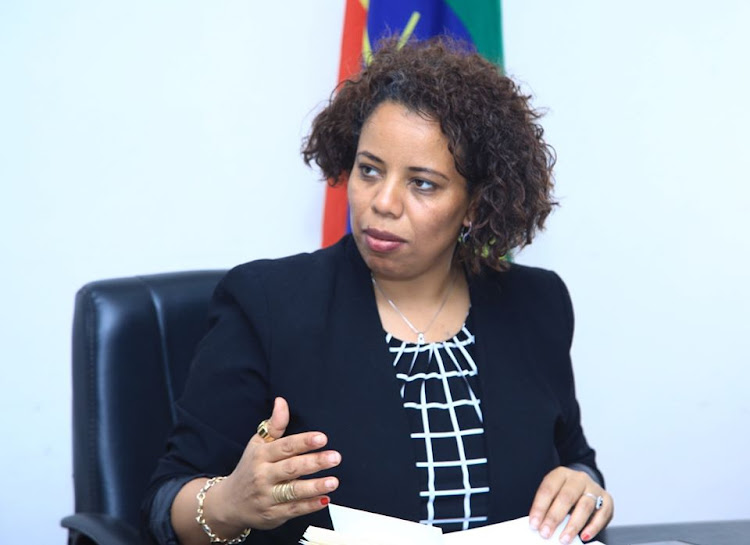 “Ethiopia’s relations with the peoples’ and governments of member states of the Arab League are longstanding based on common values, deep-rooted cultural ties and traditions. The relationship demonstrated the power of justice in the face of adversity, the sanctuary in the face of persecution, cooperation at the time of need, and friendly relations during alienation,” she said.

Hailu said as an institution composed of sovereign countries, the League is expected to follow an approach that allows an accurate representation of facts and balances all interests involved.

“When acting contrary to this norm, the credibility of the League and its ability to promote peace, stability, and cooperation in the increasingly globalized world is at risk,” she said.

Ethiopia wants to do it in six years, but Egypt has proposed at least a 10-year period.
News
3 years ago

She added, “Ethiopia reiterates its longstanding and firm position as expressed by successive governments that it has the right to use its Nile water resources to meet the needs of the present and future generations”.

As the Nile is a transboundary water resource the minister said Ethiopia is committed to the principles of equitable and reasonable use, not causing significant harm and that of cooperation.

“We firmly believe that through continued open and transparent dialogue there is great potential to arrive at an amicable solution. Hegemonic posturing is unproductive and need not have a place in our interdependent global order,” she said. 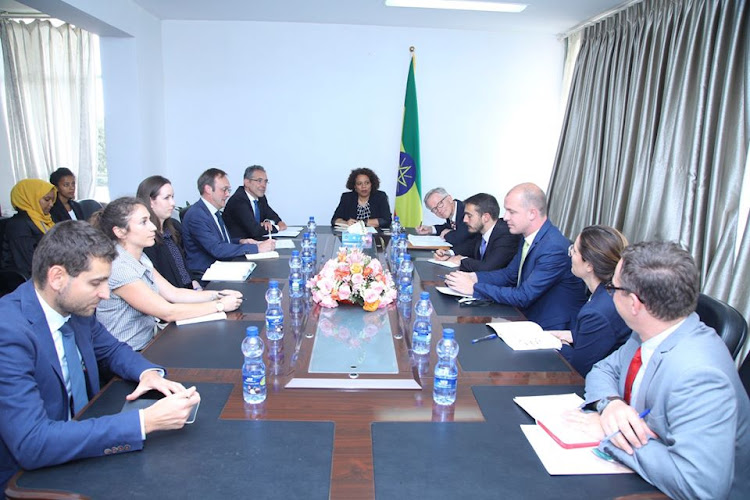 The minister said Ethiopia is also firmly committed to the Agreement on the Declaration of Principles (DoP) which provides the basis for the first filling and annual operation of the GERD.

She said the DoP provides that the first filling will be done in parallel with the construction of the GERD.

“Ethiopia is confident that the Arab League will live up to the standard of objectivity and the longstanding relations and common values in its engagements with Ethiopia. We look forward to a strengthened partnership and to work closely on common goals,” she said.

So far Ethiopia has launched a campaign to raise funds for the construction of the giant dam on the River Nile.

BBC earlier on reported People have been asked to use their mobile phones to send money for the $5bn (£3bn) project, despite being- the source of significant regional tension.

Ethiopia refused to sign a US-mediated deal with Egypt and Sudan over the dam.

Egypt said on Tuesday it had suggested to Ethiopia and Sudan that they all call in international experts to help settle a dispute on an Ethiopian ...
News
5 years ago

Agreements that favour Egypt’s rights to Nile waters are outdated

Egypt has historically adopted an aggressive approach to the flow of the River Nile. Cairo considers the Nile a national security matter and ...
News
4 years ago
Post a comment
WATCH: The latest videos from the Star
by PATRICK VIDIJA Investigative Journalist
Africa
06 March 2020 - 20:58
Read The E-Paper