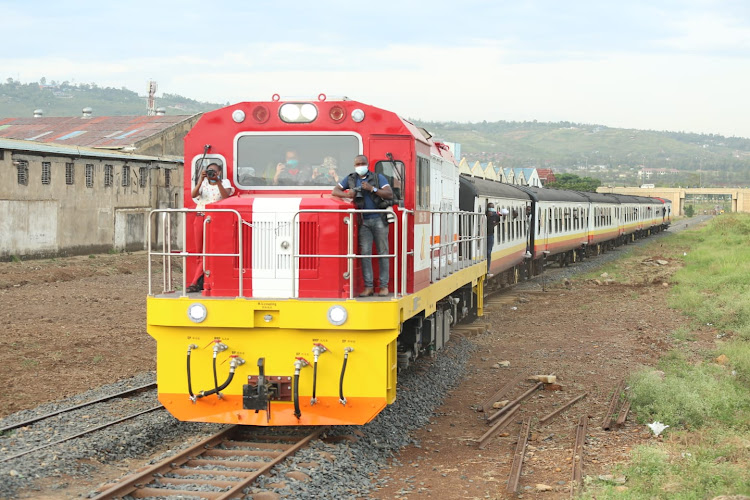 Kenya Railways has announced that beginning in February, they will no longer accept cash for the purchase of tickets.

This will be at Madaraka Express Passenger Service stations.

In a public notice signed by the management, the notice takes effect on February 1st 2023.

"Our customers are therefore advised to use M-Pesa or debit/credit cards at a point of service. We thank you for your continued support," read the notice posted on their Twitter handles.

This comes even as President William Ruto announced that all government services will be digitalized in the next six months.

President Ruto on January 4, 2023, during a roundtable interview with journalists, said this is also aimed at broadening the tax base and at the same time ensuring any loopholes that come with collections of the taxes are sealed.

He added that with digitalisation, every government service where tax is payable is going to be collectable online.

He said there will be no waiver for anybody and this will not happen under his watch.

He noted that his government intend to collect an extra trillion shillings in the next 24 months and double the current collection by 2027.

He noted that they are also installing a new tax system that will drive the collection of VAT to be between 90-97 per cent.

This, President Ruto said should enable an extra collection of Sh200 to 300 billion.

"At the moment we have been collecting 60 per cent of VAT, collectable VATs almost 40 per cent we are not collecting because it goes here and there.

State has digitised 300 services ahead of June deadline - Ruto

The government had announced plans to migrate all its services to the digital platform
News
3 weeks ago
Post a comment
WATCH: The latest videos from the Star
by FAITH MATETE
News
24 January 2023 - 21:44
Read The E-Paper