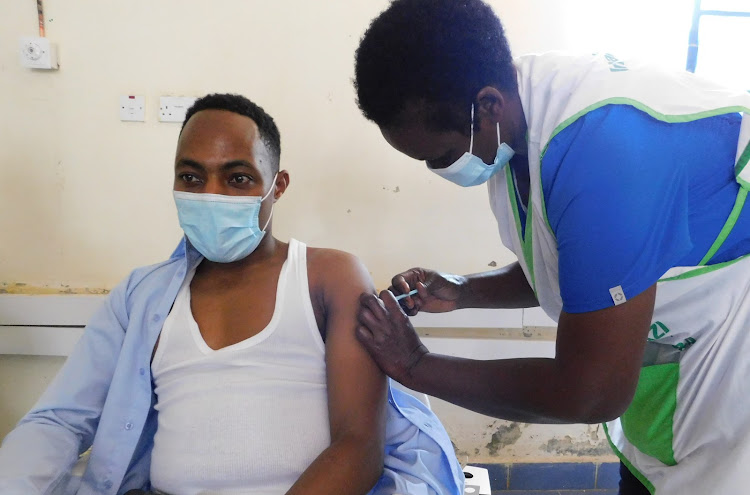 Kenya achieved herd immunity for Covid-19 early last year, despite the low levels of vaccination, according to experts.

Herd immunity is achieved when more than 70 per cent of the population develops protection against the disease either through vaccination or infection.

This makes it difficult for the disease to spread anymore in the community.

“Despite vaccine inequity, hesitancy and refusal, herd immunity had been achieved in Kenya and likely other African countries by early 2022, with natural infections likely contributing to most of this immunity,” they said.

But this does not mean people should stop taking Covid-19 vaccines, they said.

“Vaccine campaigns should be sustained due to the need for repeat boosters associated with the waning of SARS-CoV-2 immunity and emergence of immune-evading virus variants,” they said.

They tested 1,565 participants for SARS-CoV-2 antibodies in Nairobi and Kakamega counties in January and February 2022.

They found that nearly everyone in Nairobi had Covid-19 antibodies.

“Widespread SARS-CoV-2 transmission across all communities in the country is the most plausible explanation for this herd immunity, an argument supported by the findings of significantly higher seroprevalence in urban (97.8 per cent) than rural (85.9 per cent) populations,” they said.

Their findings were reported last week in the Vaccines journal, under the title 'Near-Complete SARS-CoV-2 Seroprevalence among Rural and Urban Kenyans despite Significant Vaccine Hesitancy and Refusal.'

Scientists projected that at least 70 per cent of the population needed to be immunised against SARS-CoV-2 to achieve the herd immunity needed to break virus transmission.

The World Health Organisation had warned against herd immunity through natural infection several times because it could lead to many deaths.

However, rich countries hoarded vaccine supplies in 2021 and developing countries such as Kenya were unable to secure sufficient doses.

According to Health CS Susan Nakhumicha, 5,688 people in Kenya have been killed by the disease since 2020 but no deaths have been reported since December last year.

Dr Amoth’s team said up to 20 per cent of the eligible Kenyans still refuse to take the Covid-19 vaccine, which are now easily available.

While this proportion was not large enough to prevent the achievement of herd immunity, it may create pockets of SARS-CoV-2 transmission and lead to deaths in the future.

They said due to the rapidly waning SARS-CoV-2 immunity and emergence of immune-evading virus variants, vaccine campaigns with upgraded vaccines should be sustained globally.

Last week, WHO said combined protection from Covid-19 vaccines and natural infection protects for one year, after which it wanes rapidly.

This protection, called hybrid immunity, comes after the most recent infection of full vaccination, in any order.

The health agency said such a person has 95 per cent protection against hospitalisation and severe disease.

However, this protection falls to 42 per cent after the first year, WHO said in an analysis published in The Lancet Infectious Diseases last week.

For those with previous infection and no vaccinations, effectiveness against hospitalisation and severe disease was nearly 75 per cent for one a year, while protection against infection was less than 25 per cent.

“Protection from previous infection should not detract from the need for vaccination,” the Lancet analysis said.

“Furthermore, there are serious risks associated with infection. These include the risks of hospital admission, ICU admission and mechanical ventilation, and death.”

The WHO analysis comes two yeas after the first vaccine was authorised globally.

We should not rest on our laurels. If Covid-19 taught us anything, it was that progress can be halted very quickly.
Opinion
4 weeks ago

Prevention campaigns are being compromised by the unavailability of free condoms, posing a risk to the youth.
Opinion
2 months ago
Post a comment
WATCH: The latest videos from the Star
by JOHN MUCHANGI Science Editor
News
24 January 2023 - 21:00
Read The E-Paper