KBC, ex-MD embroiled in a tussle over top job 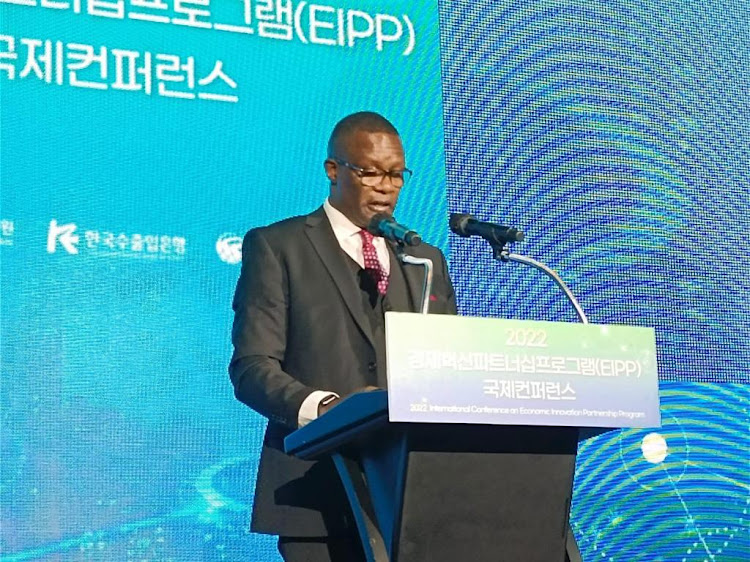 A former KBC managing director is embroiled in tough legal combat with his former employer months after he was denied a contract extension.

In court papers, Naim Bilal moved to court seeking the jailing of ICT CS Eliud Owalo on allegations of contempt of court.

The CS has, however, denied any contempt of court stating that the matter is still active in court.

A statement from his office seen by the Star on Saturday clarified what it termed as  "misleading reports" indicating that he defied a court order.

"We wish to correct the wrong information and the impression currently doing the rounds in part of online media to the effect that the CS for IC & DE has disobeyed a court order, with respect to Mr Bilal, whose contract as MD of KBC ended earlier this year," the statement states in part.

Owalo's office further confirms that there was indeed a court order to the effect that Bilal should be handed a new contract.

However, it clarified that the court decision has been appealed.

"The GOK has however filed an appeal before the Court of Appeal, to challenge the judgement issued in favour of Mr Bilal. The matter is, accordingly, alive before the court," the statement said.

"The CS has, therefore, in fact, not defied any court order. The matter remains the property of the court and is very much alive."

On October 31, Justice Ocharo Kebira issued an order directing the CS commanding him to reappoint Bilal.

“On November 8 the CS was served with the copy of the decree and he has refused and declined to obey the court order,” the application reads

He claims that despite being served and several inquiries from the CS, he has failed to take action towards compliance with the said court order.

Bilal was appointed the managing director on March 29, 2019, and on August 31 last year, he made an application for renewal of his contract of service as is required by law.

He moved to court challenging the decision by the then CS not to renew his contract that ended early this year even after the KBC board recommended his reappointment.

In his judgement, the court ruled in favour of Bilal and directed the CS to reappoint him.

“An order of mandamus is hereby issued against the CS ICT and Information directing him to reappoint Naim Bilal pursuant to the recommendation of the KBC board and have the same gazetted as required by law,” the order reads.

He said the Ministry and the Head of Public Service took a position that fixed-term contracts expire automatically upon the expiry of the appointed period, with no reasonable expectation for renewal.

However, he dismissed their argument ruling that it was only to the extent of the general rule and the position ignores the fact that there is now firm jurisprudence that there are situations that can impel a departure from this general rule.

The court said Bilal proved he had a legitimate expectation that the contract was to be renewed and that the state had violated the same and continued to by withholding publication of the Gazette notice for his reappointment.

He dismissed the submissions by the ministry that the KBC board recommendation was not binding to the head of public service ruling that it does because the board knows the employee better.

In his case, Bilal had argued that due to his contract not being renewed he had suffered and continues to suffer pecuniary embarrassment because he has been denied salary, allowance and medical cover by the state's failure to act on the board’s approval.

The ministry in response to the case said Bilal’s term expired on March 19 and it was not renewed by the CS because he had the discretion to consider and reject the recommendation of the KBC board.

The state said the CS had taken a policy decision to competitively recruit for the position of the KBC managing director as one of the strategies to improve the performance of the national broadcaster.

It was their further averment that the evaluation of the board of directors was merely persuasive since there were no other candidates evaluated by the board for the position of managing director, so Bilal could not have emerged as the best candidate in a lone competition.

The matter has moved to the court of appeal and the court has issued a stay order.

Maina takes over from Naim Bilal whose tenure expired on March 19
News
8 months ago
Post a comment
WATCH: The latest videos from the Star
by ANNETTE WAMBULWA Court Reporter
News
25 November 2022 - 13:24
Read The E-Paper