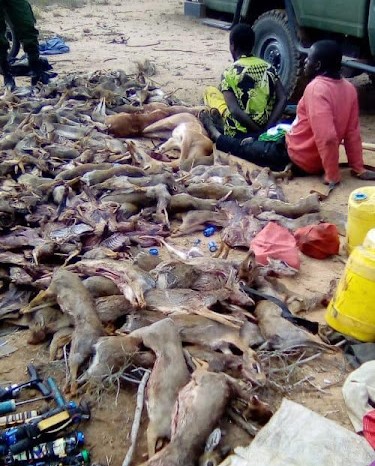 Scientists have urged countries to be extra vigilant as another pandemic even worse than Covid-19 could be in the offing.

The Covid-19 pandemic, which was first confirmed in Kenya on March 12, 2020, is suspected to have been spread to humans from animals sold in Wuhan, China.

At the initial stages of the outbreak, some victims were buried in the dead of the night, ostensibly to prevent the virus from spreading.

The pandemic devastated the global economy.

Estimates from the World Health Organization showed that the full death toll associated directly or indirectly with the pandemic (described as “excess mortality”) between January 1, 2020, and December 31, 2021, was approximately 14.9 million.

In a chilling warning on Wednesday, scientists cited the exploding population leading to the encroachment of protected areas, impacts of climate change and the spiralling consumption of bush meat.

Daniel Mdetele, a scientist who works for Traffic International East Africa, told a webinar that there is a high possibility of other outbreaks and there is a need for vigilance.

Mdetele was one of the experts who addressed journalists from across East Africa during the webinar titled 'The Story behind bush meat: The Relationship between Rising Viral Diseases and Diminishing Animal Communities'.

Mdetele said the increasing consumption of bush meat, which has been linked to the spread of diseases, is likely to worsen matters.

“Wildlife harbour zoonotic disease pathogens with no clinical illness. Bush meat handling and processing put people in contact with wildlife blood and tissues and increases the risk of disease transmission,” he warned.

Mdetele said the unknown pathogens will further complicate matters, adding that scientists have learnt lessons from the previous ones that have troubled the world.

“So the most important thing is just to get prepared, especially for scientists to develop well-equipped labs to detect early and plan for prevention,” he said.

Mdetele said there is also a need to have a budget for emergencies.

He said when livestock come into close contact with wildlife, they can become infected with zoonotic diseases that they can pass on to humans.

He said diseases that have jumped from wildlife reservoirs to humans through bush meat hunting and consumption in Africa include HIV, Ebola, Marburg, Monkeypox, Simian Foamy and Rift Valley Fever.

On the Ebola outbreak in Uganda, Mdetele said vigilance will be heightened in terms of following the standard.

Ndizihiwe cited the drivers of bush meat to include culture, increased demand for animal protein and limited alternatives, agricultural encroachment and livestock in protected areas, high poverty levels in communities near protected areas and minimal capacity to enforce the laws.

Others are weak policies, corruption, political instability, high food prices and the outbreak of the Covid-19 pandemic.

A six-month survey conducted in Kenya, Uganda and Tanzania between November 2020 and May 2021 showed that the consumption of bush meat is widespread.

Local enumerators were used during the survey in 18 sites, 823 traders and 1,806 consumers.

The survey showed that 83 per cent of Tanzanians have consumed bush meat, Uganda 78 per cent and Kenya 82 per cent.

The percentage of people who consumed bush meat more than once stood at 60 per cent in Kenya, 57 per cent in Tanzania and 64 per cent in Uganda.

In Kenya, the primary means of transporting bush meat was a motorcycle.

The experts called for the global implementation of one health approach as well as effective management through multi-structural governance.

They also called for a national ban on bush meat trade and consumption, awareness creation, adequate nutrition and alternative livelihoods among others.

Kimitei said data recorded by eight scout units within the Tsavo-Mkomazi ecosystem showed that there was an increase in bush meat poachers from April 2021 up to September.

He said snares recovered increased between January and March 2021 up to June before declining in September.

The long term include alternative livelihoods such as intensive livestock production and smart agriculture, among others.

Three suspects arrested and others are on the run after abandoning their stalls.
News
3 years ago 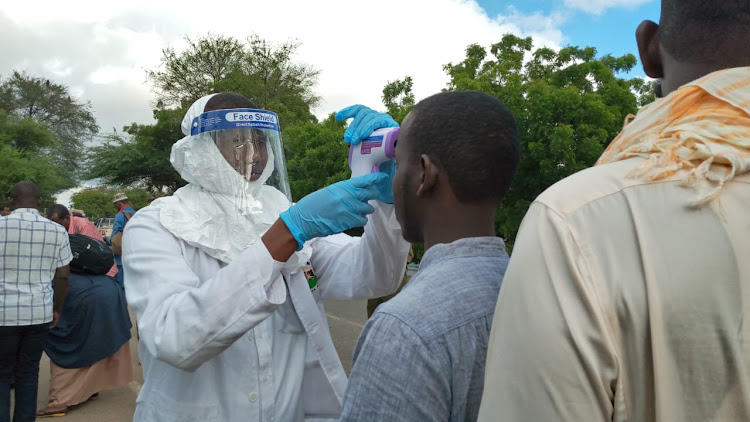 COVID-19: Passengers being screened at the Tana River bridge before boarding a bus to Nairobi Image: FILE
Post a comment
WATCH: The latest videos from the Star
by GILBERT KOECH News Reporter
News
22 September 2022 - 23:00
Read The E-Paper