She says what changed is the compulsory transportation of goods via the dry port.

• While defending President William Ruto's decision to revert the port operations to Mombasa, Kihika said she has spoken to the head of state over the development of the county as a major economic hub.

• The Kenya Ports Authority issued a directive in March 2019 that all cargo destined for Nairobi would have to be ferried on the SGR. 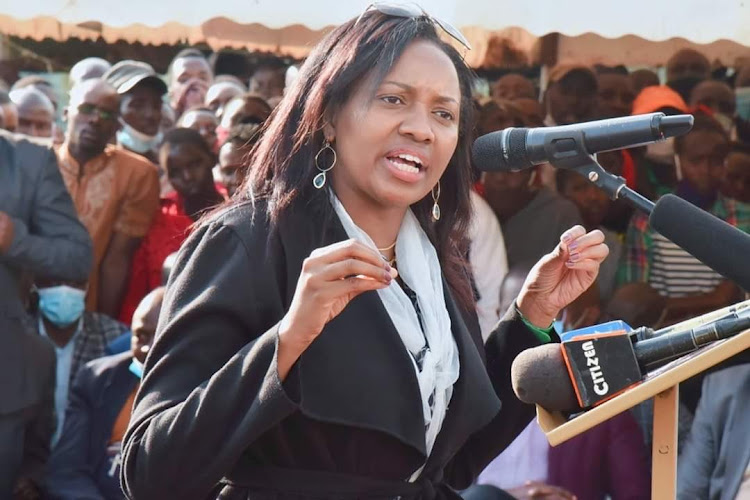 Nakuru Governor Susan Kihika has assured residents and investors that they can still transport their goods thorough the Naivasha Inland Container Depot despite port services having been reverted to Mombasa.

The governor said some services at the ICD are still operational following the reversal of port operations which she said was in the best interest of the Kenyan people.

"I do believe that some functions at the ICD have been left at the county level...what was taken away was the compulsory having the goods come here to Naivasha," Kihika said during a press briefing in Nakuru town on Tuesday.

She said those still interested in transporting goods through the depot are at will to do so.

"You can still use the same system and transport them to Nyanza, to out of the country, to western Kenya. So  I believe it's a 50-50," the governor said.

While defending President William Ruto's decision to revert the port operations to Mombasa, Kihika said she has spoken to the head of state over the development of the county as a major economic hub.

"Like I said we would have wanted it to stay here like it was, however, I have spoken with the President on that issue and what the President has promised is that he will give us every necessary help including resources to make sure that our dream of having a functional economic zone in Naivasha comes to be," Kihika said.

Ruto reverted all cargo clearance from the Naivasha port back to Mombasa, three years after his predecessor Uhuru Kenyatta moved the services from Mombasa to Naivasha.

The Kenya Ports Authority issued a directive in March 2019 that all cargo destined for Nairobi would have to be ferried on the SGR.

Ruto made real his pre-campaign  pledge that he would move the services back to the Coastal city saying the construction of the Naivasha dry port was never meant to shift port operations.

However, Kihika was confident that Ruto will keep his promises and develop the dry port and spur economic development in the area.

"And I'm sure we will shall have a lot of employment from that economic zone, we shall have manufacturing, we shall have lots of jobs and it will revive our economy for the county," the governor said.

New orders and policies have far-reaching ramifications.
News
4 months ago