The six judges had earlier been rejected by former President Uhuru Kenyatta.

• Ruto appointed the six judges on Monday after his inauguration ceremony.

• He also appointed two other judges of the Environment and Land Court.

Six judges appointed by President William Ruto were sworn in on Wednesday. https://bit.ly/3BF9PMM 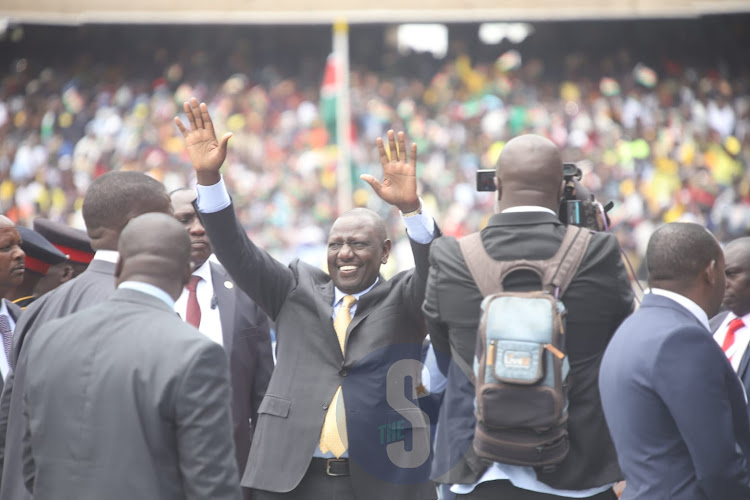 President elect William Ruto acknowledges cheers from the crowd after arriving at his inauguration at Kasarani Stadium on September 13. PHOTO/ANDREW KASUKU

Six judges appointed by President William Ruto were sworn in on Wednesday.

The event was overseen by Ruto at State House.

Ruto appointed the six judges on Monday after his inauguration ceremony.

He had also appointed two other judges Makori Evans of Environment and  Elizabeth Omange of Land Court.

The six judges had earlier been rejected by former President Uhuru Kenyatta. 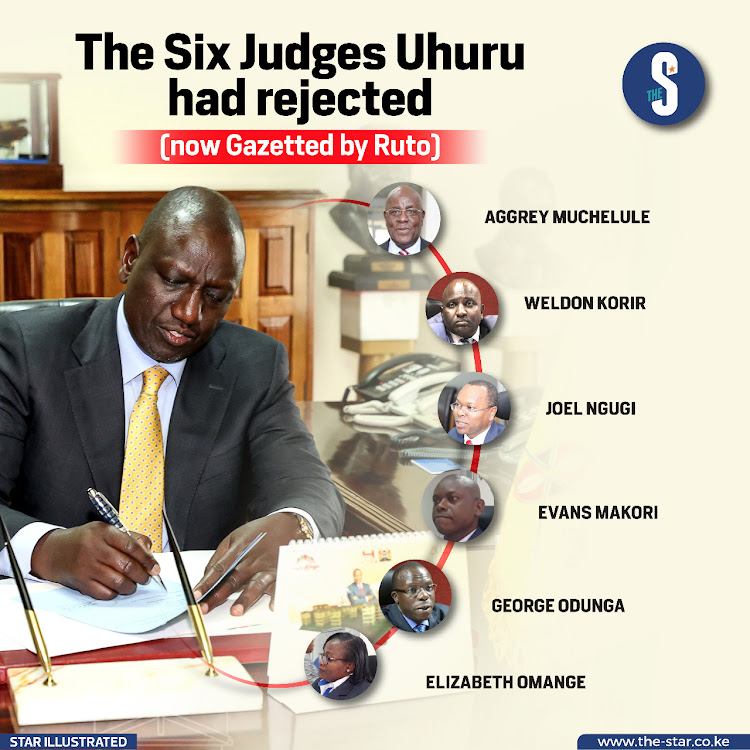 The six were among 40 others nominated in 2019 after a rigorous vetting exercise by the Judicial Service Commission (JSC) between July and August of the same year.

In October 2021, the High Court ordered Uhuru to appoint the remaining judges within 14 days.

Attorney General Kihara Kariuki appealed the judgment saying he was dissatisfied with the court order.

The three-judge bench had said in their judgment that the President can be sidestepped in the process of appointing judges.

The judges had initially been rejected by former President Uhuru Kenyatta.
News
2 months ago

The six judges were left out when former President Uhuru Kenyatta appointed 34 others.
Counties
2 months ago

Why AG should be worried about appointment of six judges - Mutula

President William Ruto appointed the six judges on Tuesday shortly after being sworn in.
News
2 months ago
Post a comment
WATCH: The latest videos from the Star
by PERPETUA ETYANG
News
14 September 2022 - 15:07
Read The E-Paper