Raila flatly rejected the declaration and promised a battle with Chebukati whom he accused of bungling the elections.

•Lawyer Jackson Awele, one of the star lawyers in the 2017 case, are coordinating the team.

•Havi said he was ready to challenge Azimio should they file that petition.• 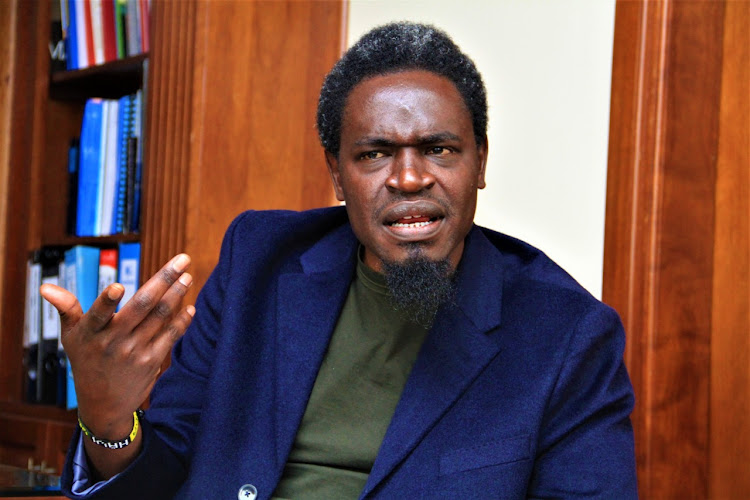 Former chairperson of Law Society of Kenya Nelson Havi has called on the Azimio leader Raila Odinga’s high-powered lawyers to give a case worth a fight.

“Tomorrow ( Monday) is the deadline for filing the Presidential Election Petition at the Supreme Court. Jackson Awele; Prof Ben Sihanya; and Ochieng Oginga, give us a case worth a historic fight as was BBI,” he said.

On Monday, IEBC chairman Wafula Chebukati declared Ruto the President-elect after he defeated Raila and two other candidates in the poll on August 9.

However, Raila rejected the declaration and promised a battle with Chebukati whom he accused of mishandling the elections. He declared the IEBC chairman's figures "null and void".

Laywers Jackson Awele, Prof Ben Sihanya; and Ochieng Oginga are believed to be part of the 30 formidable legal minds representing Raila at the Supreme Court.

Lawyer Jackson Awele, one of the star lawyers in the 2017 case, is coordinating the team.

He is renowned for their drafting skills which are understood to be crucial in framing the questions the team will pursue while arguing the case.

Awele’s law firm was central in the 2017 election petition and his office was the focal point of coordination of filing and correspondence.

Shihanya is a Constitutional scholar who will attempt to save Raila’s political future.

Since last week, Havi has been making statements on how he is eagerly waiting for Raila at the Supreme Court when he files a petition to challenge Ruto’s victory.

He said he was ready to challenge Azimio should they file that petition.

“This will be the shortest battle to fight in the Supreme Court. I am waiting for them,” Havi said.

He argued that should Azimio team file the petition, then they will use their very own arguments on the quorum of the Independent Electoral and Boundary Commission (IEBC) and the court’s determination in the same way they did in the Building Bridges Initiative (BBI).

“We are ready for them at the Supreme Court. In fact, we will use their own arguments on the quorum of IEBC and the Court’s determination on the same in the BBI case,” Havi added.

Why I can't represent Ruto in Supreme Court case - Ahmednasir