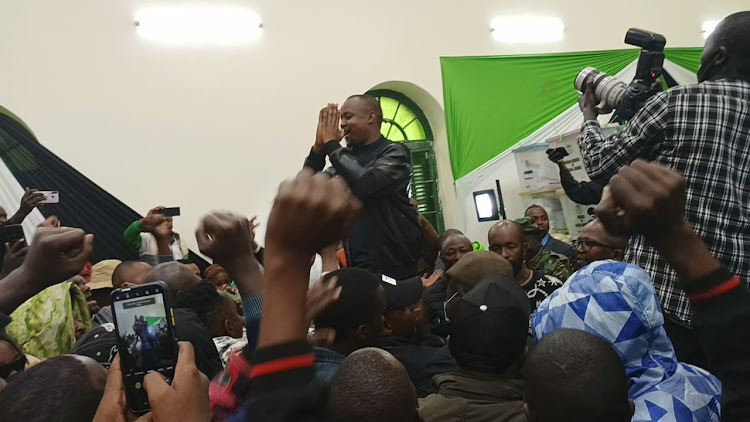 However ,the Returning officer Millia Wanjiru only announced the Mp position, leaving the other seats.

Chaos and delay had earlier rocked the Starehe constituency tallying centre over the announcement of the parliamentary seat results.

On Thursday night, a senior official from IEBC had to step in in an attempt to resolve the stalemate.

He asked the constituents who were at the Jamhuri High School to give the Returning officer Milliam Wanjiru more time in order to announce the results.

Journalists were also caught up in the mix making it hard for them to leave the venue. They were forced to camp overnight.

Journalists at the centre were also caught up in the mix, making it hard for them to leave the venue.
News
1 month ago