Most have not rested since Monday night.

• On Wednesday, the military came in to help police provide security in Eldas, Wajir county.

• In Mandera, more personnel were deployed there to ensure the safety of the town on polling day following fears al Shabaab militants could disrupt the exercise. 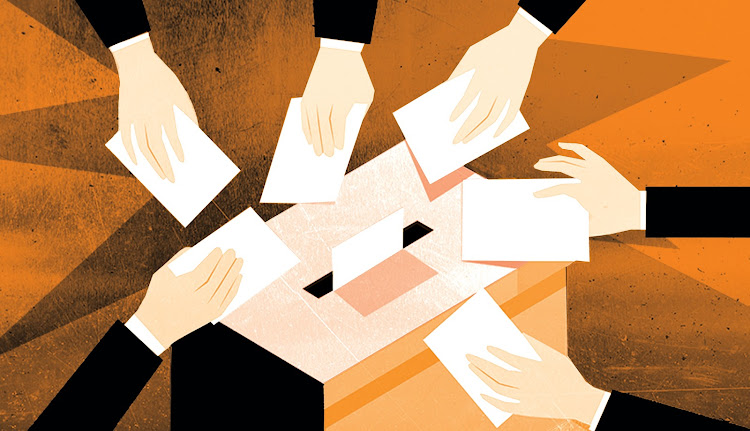 Dozens of officials handling the 2022 national election are fatigued.

Most have not rested since Monday night, raising fears the fatigue would affect the tallying of votes.

On Wednesday, the military came in to help police provide security in Eldas, Wajir county.

Voting in Eldas was postponed by a day after chaos erupted at the Eldas tallying centre on Monday night.

A fire was lit outside the facility and some individuals threatened to burn electoral materials.

Gunshots rent the air for the better part of Monday night as police engaged the supporters of the two candidates in running battles.

The militants had attacked some areas and there were fears of more raids.

More than 150,000 security officials had been deployed in various places.

Some of them said they were fatigued and overstretched.

“We have no option but to wait until the end,” one officer said.

Another said they had to sleep for a few hours in shifts in their cars.

Election officials too had to postpone tallying at late hours to rest and continue the next day.

Police have opened toll-free numbers to seek public tips in case of any emergency.

To seek assistance or report a case of sexual and gender-based violence, Kenyans were asked to call SGBV toll-free number 0800 730 999.

In previous elections, some form of violence was experienced, a pattern authorities want to end.

Areas deemed to be flashpoints for violence have been mapped and police will be ready to avert a repeat of the 2007-08 post-election violence.

After the presidential result of the 2007 general election was disputed, violence erupted in several parts of the country, leading to the death of more than 1,000 people. Hundreds of thousands were displaced.

An inquiry into the post-election violence pointed to the police being ill-prepared, partisan and heavy-handed in quelling the chaos.