They say the practice is inhumane, with lifelong negative effects

•An investigation by Open Democracy, some hospitals and clinics in East Africa were found to be actively involved in providing referrals to controversial ‘anti-gay’ therapies.

• More than 50 LGBTQ people in Kenya, Tanzania and Uganda methods such as electric shocks, counselling and hormone therapy to get them to change their sexuality. 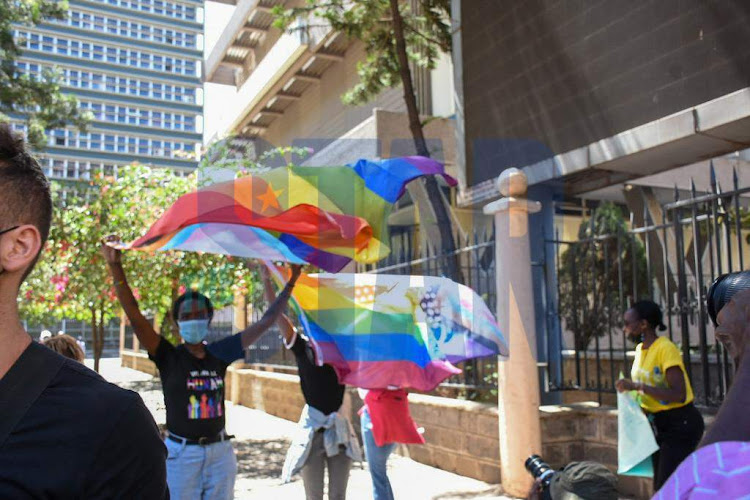 The LGBTQ community in Kenya is calling for the Government to ban any conversion therapy practices run in the country.

They say these practices, that work to ‘correct’ the sexuality of homosexual, non-binary, queer, intersex and other members of the community, are inhumane, degrading and should be stopped.

In a report launched by the Gay and Lesbian Coalition of Kenya (GALK+) last week titled Shame is Not A Cure details the experiences of Kenyan LGBTQs with conversion therapy.

“The Church and Healthcare institutions are the biggest providers of such services in Kenya, promising to give scientific solutions and divine solutions to turn away from these sexual orientations,” the report read.

In one recent investigation by Open Democracy, the report said, some hospitals and clinics in East Africa were found to be actively involved in providing referrals to controversial ‘anti-gay’ therapies.

“More than 50 LGBTQ people in Kenya, Tanzania and Uganda methods such as electric shocks, counselling and hormone therapy to get them to change their sexuality,” it read.

The report further said that churches found to conduct conversion therapy services advised the victim and their family ‘pray away the gay’ and further see a religiously inclined psychiatrist or psychologist.

“In other instances, conversion therapy methods may involve extreme acts of physical and emotional violence"

"These may not be seen therapy due to the nature of deeply entrenched religious practices such as exorcism, deliverance and traditional cleansing rituals,” it read.

Survivors of these practices described lasting effects on their mental health, family relations and general well-being, and in most cases, their own family members had signed them up for these treatments.

The report said that the American Psychological Association and other prominent researchers have made it clear that such practices may lead to serious mental and physical health concerns.

They add that it may also cause future sexual dysfunction, depression, and suicide.

“Despite the fact that the Constitution and the 2017 Prevention of Torture Act afford all Kenyans the freedom from torture and cruel, inhuman or degrading treatment or punishment, Kenya has no legal provisions to address so-called conversion therapy in any form,” the report said.

They urged Kenya to join other countries in implementing a ban on all coercive sexual orientation and gender identity change efforts.

“In the short term, the government should proactively ensure that any instances of violence against LGBTQ people, even under the guise of therapy, are prosecuted,” they said.

They further called on the protection of children from such practices, including having monitoring programmes by organs such as national human rights institutions or, if applicable, national preventive mechanisms.

"Health care, religious, educational, community, commercial, public or private by institutions should be looked at so ensure children and young people are not being deprived of liberty,” they concluded.