"The least said about Gachagua the better... It is fancy for him (Gachagua) to imagine that his evil deeds is someone witch hunting him." he said.

• The PS said Gachagua needs medical help, because he has continued to say lies about other people, as well as about himself.

• Speaking in Nakuru County, in June, Gachagua denied that he ever worked in Molo as District Officer when clashes were happening in 1990s. 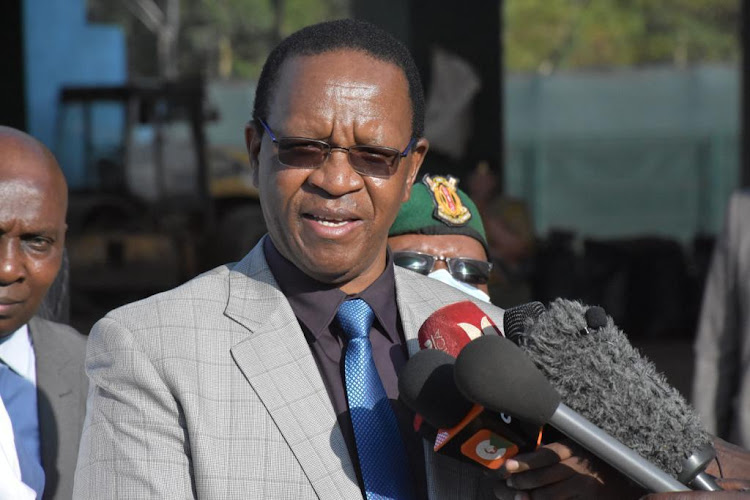 Speaking on KTN News on Wednesday, the PS said Gachagua needs medical help because he has continued to lie about other people as well as about himself regarding his previous work stations.

Kibicho insisted that Gachagua worked in Molo and it is on record, wondering how someone can forget where he previously worked.

"I have seen the pathological lies he has continued to tell about everybody, including about himself and I think he needs a doctor seriously. The way I've seen the lies coming out, he doesn't look like a normal person," he said.

"It is on record that Gachagua worked in Molo, I'm the PS Interior but you hear him in public saying that he didn't work there. I don't know how you can forget your workplace."

The PS added that the Mathira MP should stop dragging everyone into his misfortunes because no one was with him while he committed the crimes.

"The least said about Gachagua the better... It is fancy for him (Gachagua) to imagine that his evil deeds are someone witch hunting him."

"He thinks that we are the doormat of anybody with problems in government as Ministry of Interior and because of that, it is fashionable to blame anything on us because it gives him an excuse for his failings."

Speaking in Nakuru County, in June, Gachagua denied that he had ever worked in Molo, contrary to claims by a section of leaders that he was the District Officer when clashes erupted in Molo in 1990s.

The Kenya Kwanza Alliance running mate has in the past few days claimed that the Ministry of Interior is planning with chiefs and their assistants to rig the August 9 presidential election in favour of the Azimio la Umoja One Kenya Alliance candidate Raila Odinga.

Gachagua should tell us how he acquired billions of shillings - Raila

Gachagua was ordered to forfeit Sh200 million on Thursday.
News
1 month ago

12 voters want UDA locked out of poll for nominating Gachagua