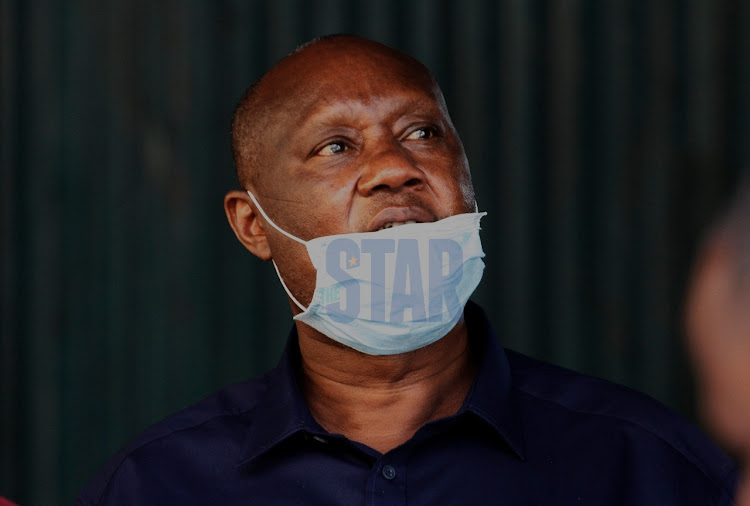 The anti-corruption court has allowed the prosecution team more time to interrogate a cache of defence documents presented by Busia Governor Sospeter Ojamong in his Sh8m graft case.

Ojamong's third witness, Godfrey Odongo presented 30 documents in an attempt to absolve the governor from any wrongdoing in the solid waste management feasibility study case.

The prosecution told anti-corruption magistrate Douglas Ogoti that they will require time to peruse the documents and subsequently make an application on the documents they will object.

"For now I would not be in a position to analyse the same given the nature of this case," the court heard.

The matter was subsequently fixed for a hearing on August 23.

Odongo in his evidence told the court that initially there was no budgetary allocation for the feasibility study in the 2013-14 financial year, however, a supplementary budget was later provided.

Another witness Jairus Oriko, who was the supervisor of the feasibility study maintained that the entity awarded the Sh8 million tender delivered on the work.

Oriko developed the terms of reference which stipulated what Madam R Enterprises (the company) was to do for Busia county.

He denied having any connections with the governor saying he got the supervisory role because he was the senior officer in the department dealing with the study.

Oriko and Odongo are Ojaamong's witnesses after the county chief was placed in his defence and gave an unsworn statement in June 2021.

Ojaamong defended the Sh8 million spent on the study by the alleged German company.

The county chief has been charged with abuse of office and engaging in a project without proper planning.

The other co-accused are county executive Leonard Obimbira and Allan Omachari, the Finance chief officer.

The two are accused of knowingly approving payments  to MRE for a feasibility study on solid waste management whose funding had not been appropriated.