Kimani said Uhuru should focus on leaving office and not deciding for Kenyans on who to vote for.

•Ichung'wa said Kenyans should be left to pick the person they want.

• Uhuru has been openly campaigning for Raila and urging Kenyans that they should vote for him as he is the best candidate and will bring change to the country. 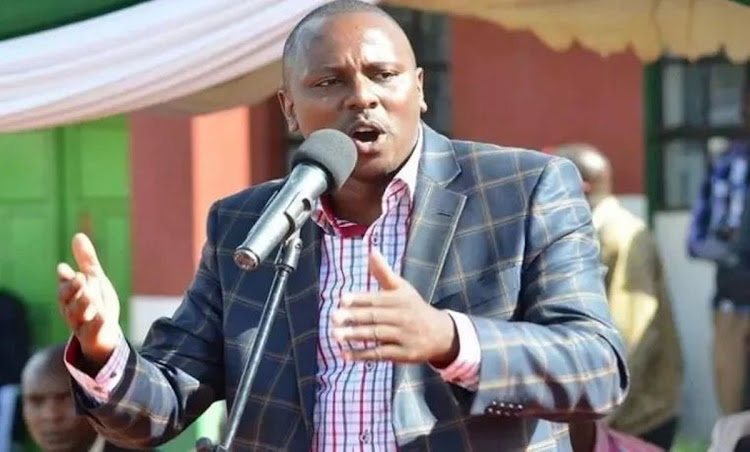 Kikuyu MP Kimani Ichung’wa at a past event.
Image: COURTESY

Speaking during a campaign rally in Baringo on Monday, he said Kenyans should be left to elect the person they want.

"They think they will divide Kenyans. Let me tell those in the President's office, do not be desperate. You lied to yourselves that you can sell the Kitendawili man and Kenyans don't want him," he said.

Kimani said Uhuru should focus on leaving office and not deciding for Kenyans who to vote for.

"I want to tell you, haven't you heard there are people who have started inciting Kenyans? Let's tell them those are kicks of dying horse and we understand them," he said.

Uhuru has been openly campaigning for Raila and urging Kenyans that they should vote for him as he is the best candidate capable of bringing change.

“The people who are forcing Raila on Kenyans, are they backing a different person or the same man we have known over the years?” he said.

“Is he a tourist visiting the country? We have known him all along. It is the same person who caused turmoil in Jubilee until the ruling administration lost direction."

Says he is aware of reports that chiefs, assistants and county commissioners are being forced to support his rivals.
News
4 months ago

Do not force Raila on Kenyans, Ruto tells Uhuru