The price subsidy is indefinite.

• In national address to the country, Uhuru said a 2kg packet of maize flour will now retail at Sh100 countrywide.

• This follows a deal brokered between the government and maize millers registered with the ministry of Agriculture. 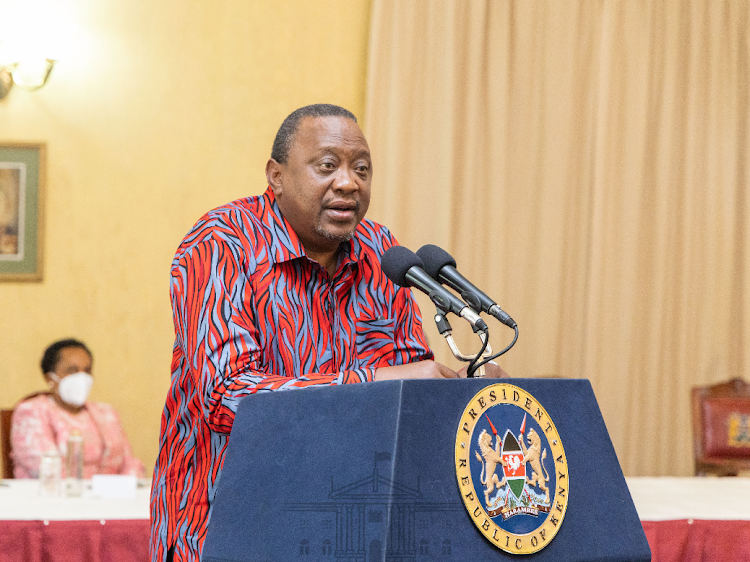 President Uhuru Kenyatta addressing other officials during the receiving of the African Gender Award at Statehouse on Tuesday, June 14, 2022.
Image: PSCU

In a national address to the country at State House on Wednesday, Uhuru said a 2kg packet of maize flour will now retail at Sh100 countrywide.

"This programme of a subsidy of approximately Sh105 per 2kg pack of maize meal is meant to lower the cost of living for vulnerable households as we look for a sustainable solution to the recurrent rising prices of unga every election,"Uhuru said.

He said the subsidy followed a deal brokered between the government and maize millers registered with the Agricultural food authority after days of consultations.

Maize flour prices had remained above Sh200 until Wednesday even after the government announced a subsidy Monday for the product to retail at Sh100.

The millers said this was because there was no clear framework on how the Government would pay them to sustain the Sh100 per two-kilo packet.

Uhuru said the deal brokered with the milers to lower the cost of the staple meal include suspension of the railway development levy on all imported maize.

He said the import declaration fee (IDF) on all imported maize has also been suspended resulting in the lowering of the a 2kg packet of maize flour from the current Sh205 to Sh100.

The President thanked the millers for understanding and seeing the need to accept the deal and ensure Kenyans live within their means.

"Thank you all for that," Uhuru said.

The head of state warned leaders against politicising the rising cost of living without offering solutions amounts to mocking the pain of the vulnerable, the same people they seek to vote for them.

"My appeal to the political class is to exercise civic responsibility.

"The partnership between the corporate citizen and the political class has to be to the ultimate benefit of the people in all of our republic. And if it breads misery like the high price of maize every election, then it's the voter to put an end to it," Uhuru added.