Investigations into the haul have since been launched.

• "Additionally, the team recovered one ground sheet, four ground sheet carriers, and side pouches among other items," the Service said. 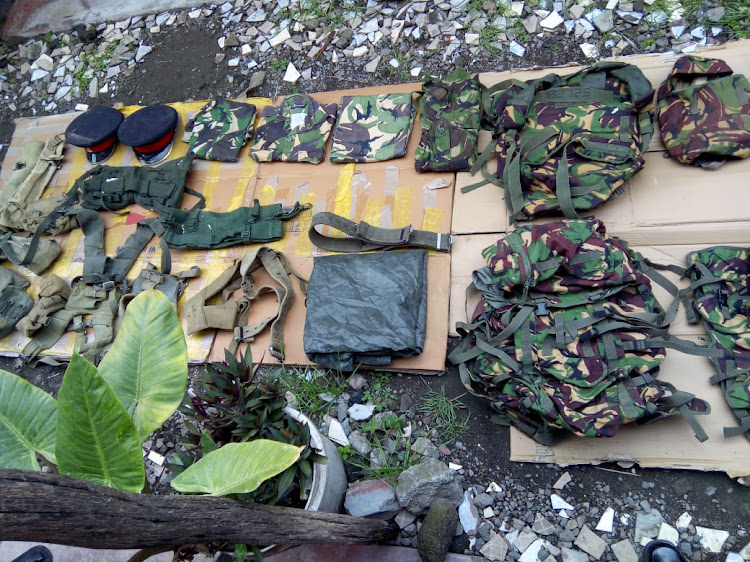 Police officers in Nakuru on Monday recovered military tactical gear from a house in the Pangani area.

"Additionally, the team recovered one ground sheet, four ground sheet carriers, and side pouches among other items," the Service said.

It further said the scene was processed by the crime scene personnel in the presence of a team of military police officers from KDF Lanet.

Investigations into the haul have since been launched.

NPS said they have heightened security activities following the spate of criminality by gangs in the city.

It added that security officers flanked by the sub-county security committee witnessed the display of an assortment of gears by the crime scene personnel.

Nakuru has recently been affected by gangs.

On Friday, police killed four people on suspicion of being members of 'confirm gang'.

"The police were on patrol in that area at around 1 am when they started shooting after identifying a member of the gang walking around," Mwanzo said.

Nakuru Police Commander confirmed that the suspects were gunned down by the police.
News
4 months ago