The tourists were in Kenya for an expedition.

• Last week on July 8, at least 20 passengers were killed in an accident along the Nairobi-Mombasa highway.

• The road is notorious for fatal accidents, claiming more than 3,000 lives annually according to official data. 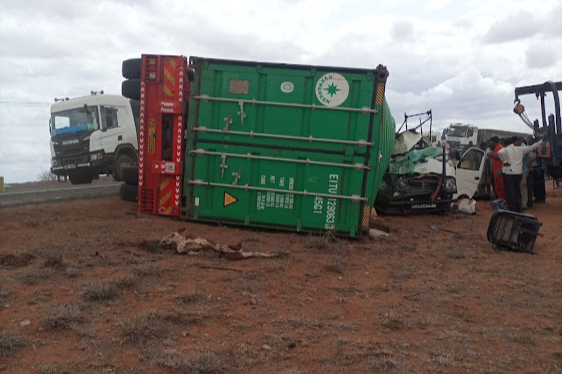 Vehicles that involved in a road accident in Samburu, Kwale county on Friday, July 15, 2022.
Image: COURTESY

At least three Belgian tourists and a Kenyan tour driver died Friday in a road crash at Mwanatibu, in Kwale County.

Kwale police have confirmed the incident.

The Belgium nationals were family members. The tourists were in Kenya for an expedition.

According to a police statement, the trailer was heading to Nairobi from Mombasa when it when collided with the van head-on collision.

"The trailer was coming from Mombasa to Nairobi and as a result, the unknown driver and three people in the van died on the spot," reads the statement. 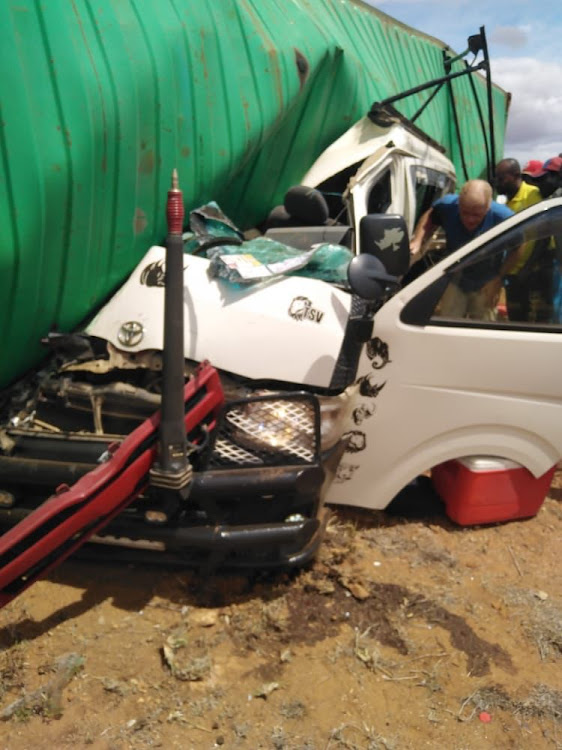 The police have identified the dead as Alice Veronica, 17, Mathew Louis, 10, and Andrian Patrick Jeans, a female adult.

Patrick Nicolas is the one who suffered severe injuries. He was rushed to Moi referral hospital in Voi for treatment.

The bodies were transported to the same hospital's mortuary.

The road is notorious for fatal accidents, claiming more than 3,000 lives annually according to official data.

The accident comes a week after 20 people lost their lives in a road accident at Taru on the Mombasa-Nairobi highway in Samburu.

According to police investigations, the Matatu was speeding and had carried excess passengers.

The matatu was from Voi heading to Mombasa when it hit the oncoming coming lorry from the opposite direction. 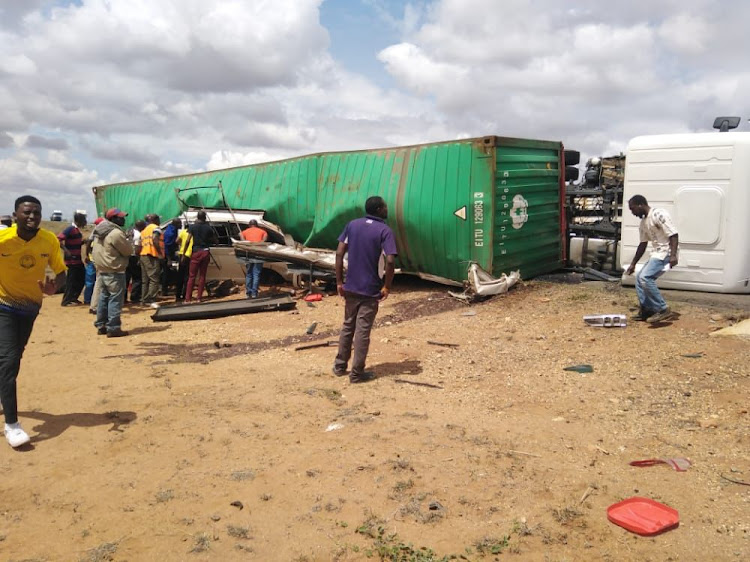 According to sources, the matatu was trying to overtake another Nissan that was moving in the same direction.

On Sunday one person also died and four others were left in critical condition following a Toyota Land Cruiser V8 and Matatu crush at Kombani junction in Matuga sub-county.

The land cruiser had carried five passengers all of the Indian origins.

The dead person was identified as a recovering addict and was going for treatment at Methadone Kombani health centre when the tragedy occurred.

Police said eight others sustained injuries and have been rushed to hospital.
News
4 months ago