Raila ahead of Ruto in presidential race - Tifa poll

The poll shows 42% of Kenyans would vote Raila compared to 39% for Ruto.

• This technically means the country will go for a runoff as none of the top two candidates will cross the 50 plus one victory mark. 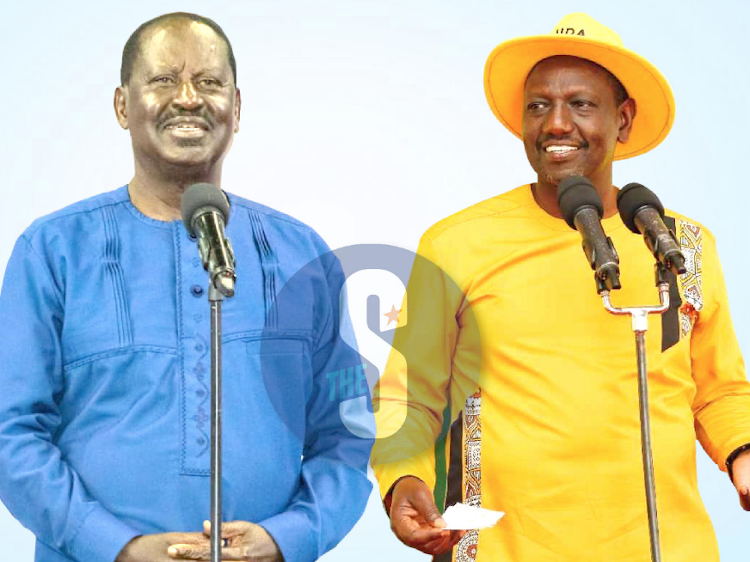 The findings by Trends and Insights Africa (TIFA) shows that 42 per cent of Kenyan voters identify with Raila compared to 39 per cent who said they will vote for William Ruto.

“Raila has a slight lead of 3 per cent against Ruto,” Tom Wolf, Tifa Lead Researcher said.

This technically means the country will go for a runoff as none of the top two candidates would cross the 50 plus one victory mark.

However, 10 per cent of those polled are still undecided, 28 days to elections.

The report released on Monday also has George Wajackoyah at a distant third with 4 per cent of the total votes.

The survey conducted between June 25 to June 30 interviewed 1,533 respondents from nine regions across the country.

Raila's popularity stands at 33 per cent while that of Ruto was at 32 per cent.
News
9 months ago

JAMWA: Why August 9 presidential election is too close to call