The firearm was used by the Kayole gang to steal over 10 million shillings from MPESA agents.

• Police said the women who laced the officer’s drink were part of a dangerous drink spiking syndicate who were operating under slain gangster Samuel Mugo Muvota.

• According to detectives the Kayole gang have killed people, terrorized over 30 MPESA agents and left others with permanent injuries over the past three years. 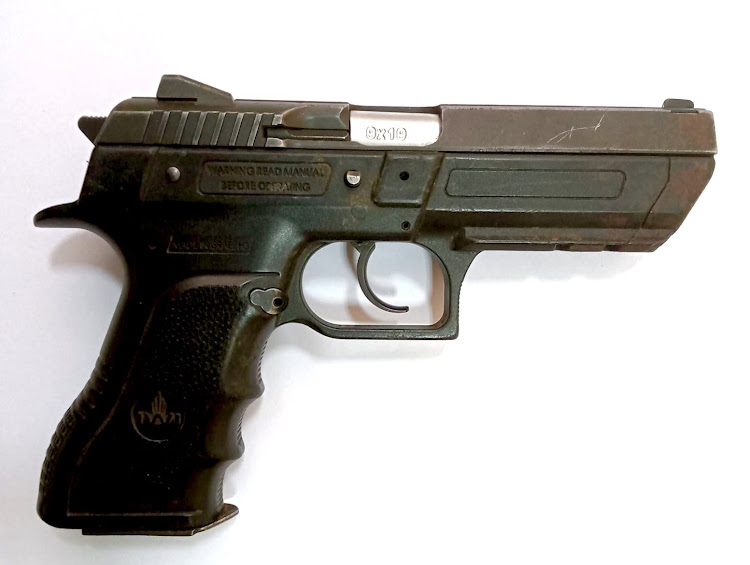 Directorate of Criminal Investigations (DCI) has recovered a missing police firearm used to commit a series of crime in Nairobi.

According to police statement released on Wednesday, a report was filled regarding a police man injured beside Mtama road in Parklands on June 20 2019 at Parklands police station.

"When police rushed to the scene, one of the officers recognized the unconscious man as a fellow police officer, who was stationed at Riruta police station on special duties. Previously, he worked at Parklands police station," DCI said in a tweet.

DCI said the officer was rushed to Avenue hospital but his condition worsened prompting his transfer to Nairobi West hospital for specialized treatment.

According to DCI the injured policeman was a victim of a vicious gang of women who were spiking drinks belonging to male patrons with highly potent drugs meant for patients with mental disorders. Thus allowing them to steal their valuables.

"The officer lost his firearm issued to him by the government a Jericho Pistol Serial Number KE KP44330654. Since its disappearance, the firearm has been the cause of untold suffering to city residents," stated DCI.

Police said the women who laced the officer’s drink were part of a dangerous drink spiking syndicate who were operating under slain gangster Samuel Mugo Muvota.

In May, Muvota was shot dead in cold blood by his associates following a deal gone sour.

According to intelligence reports gathered by detectives based at the Crime Research & Intelligence Bureau (CRIB) the firearm was sold to gangsters operating from Kayole.

Detectives said the Kayole gang have killed people, terrorized over 30 MPESA agents and left others with permanent injuries over the past three years.

"Police officers have not been spared either as some continue nursing wounds, inflicted by the thugs who escaped several police dragnets," said DCI.

Detectives said three of the thugs have been fatally wounded so far and the firearm recovered.

One cop killed, another critical as suspect gunned down in Kahawa

Suspect in Mirema murder case freed for lack of evidence