•South Sudan chamber of commerce warns decision could see the business community shift focus to  Eritrea and Somalia, which could reduce the use of the Port of Mombasa.

•Kenya Transporters Association (KTA) has called on the Competition Authority of Kenya to intervene and ensure a fair business environment. 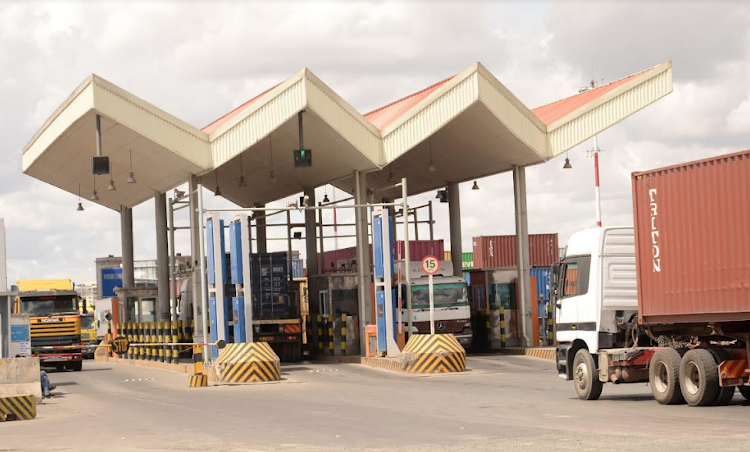 Tension is rising over the decision to strictly move all South Sudan cargo to Nairobi via the Standard Gauge Railway which has locked out truckers and clearing agents.

Companies associated with state officers and politicians are also reported to have secured lucrative deals in the process, which has angered the business community in both Kenya and South Sudan.

It has led to a fall-out between business lobby groups and clearing and forwarding agents in the two countries, threatening to paralyze cargo movement through the Port of Mombasa, destined for the country by road.

The decision came after the Kenyan government proposed to have all transit cargo moved by rail to Nairobi to decongest the port, which would also mean good business for the struggling SGR which recorded a slight drop in revenue in the first quarter of the year.

In response to Nairobi’s request, Juba in May this year wrote to Kenya asking all cargo destined for the country, through the Port of Mombasa be moved to Nairobi for clearance.

According to the commissioner for customs Akol Madut, the firms are to clear all cargo from the Nairobi Freight Terminal.

Manzil Developers is said to be c0-owned by a top security brass who is sanctioned by the UN on war crimes committed in South Sudan.

Safinass Co Limited is owned by their business partner while Safina Merciy co ltd is linked to the NRA commissioner customs and his business associate.

Another firm linked to an NRA official is Le Comex Afrique while Met-Connect is owned by a government minister’s cousin, sources told the Star.

Kenya’s Transport CS James Macharia, in a letter seen by the Star, however, indicates the decision was met based on a request by the South Sudanese government.

According to Macharia, the country’s cargo will move from the Nairobi Freight Terminal, after arriving by SGR, to the Naivasha Inland Container Terminal and then the Malaba Yard Facility at the border, for picking up by truckers.

“The decision by your government is a clear indication of the confidence you have in our facility which is served by the SGR,” Macharia says, noting the move will reduce the distance between Juba and Mombasa by 489 kilometres.

South Sudan’s chamber of commerce has however termed the decision “forceful and unethical” as it gives exclusive business to individuals, locking out other players in transport and clearing and forwarding.

It is against the World Trade Organisation (WTO) principles and trade liberalization, the chamber’s acting chairperson Losidik Lukak says in a statement.

He warned that the decision could see the business community shift focus to  Eritrea and Somalia, which could reduce the use of the Port of Mombasa.

The chamber has accused the ministries of transport of Kenya and South Sudan, the country’s freight and warehousing association and Autoport Freight Terminals of reaching a deal without consulting other stakeholders.

It wants traders to be allowed to clear their cargo in Mombasa with no third-party interference, adding that Container Freight Stations allocation should be “optional”.

The Kenya International Freight and Warehousing Association ( KIFWA) has equally voiced its concerns saying competition brought about by market forces must be the only factor in dictating business dynamics.

“Cargo owners must be allowed to freely negotiate for favourable business engagement terms, so as to choose their most preferred partners in the same,” chairman Roy Mwanthi told the Star.

With the developments, Kenya Transporters Association (KTA) has called on the Competition Authority of Kenya to intervene and ensure a fair business environment.

According to CEO Mercy Ireri, SGR and road transport are interdependent and hence need to have a level playing field.

“What we are currently experiencing is not a level playing field and the actions were taken by the State to seemingly enrich a few, remove freedom of choice and restrict competition, is both immoral and in our opinion, illegal,” Ireri says in a letter to CAK.

South Sudan International Freight and Warehousing Association however supports the move saying it will help traders and truck operators to mitigate the high cost of transportation.

It backs the appointment of the six clearing firms as opposed to a 2013 decision that had given one company-Panda Clearing and Forwarding an exclusive deal.

“The movement was initiated by the Kenyan government to decongest the Port of Mombasa and hence our government took to nominate a dry port to handle South Sudan destined cargoes,” Daphne Adau, Secretary-General of South Sudan International freight and forwarders Association told the Star.

South Sudan is second after Uganda in the use of Kenya's Port of Mombasa, accounting for 9.9 per cent of total transit volumes.

Has non-disclosure clauses similar to the SGR.
Business
1 month ago

South Sudan importers have raised concern over slowed down business due to the confusion.
Business
2 months ago
WATCH: The biggest news in African Business
by MARTIN MWITA Business Writer
News
05 July 2022 - 20:35