•Karua had taken to the podium to address the rally when the explosion occured. 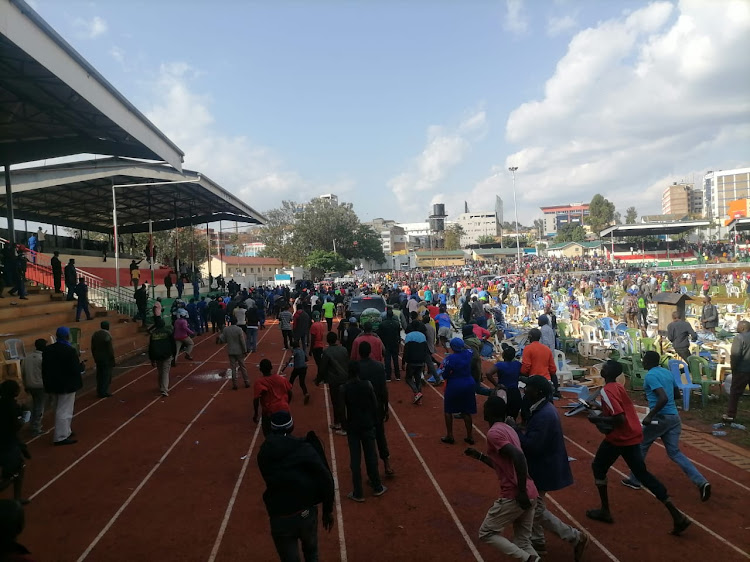 Karua had taken to the podium to address the rally held at Kisii Stadium when the explosion occurred.

She was forced to exit the podium and walk back to her car leaving the venue of the meeting without addressing supporters.

The crowd that had gathered at the Stadium was forced to scamper for safety throwing the meeting into disarray. 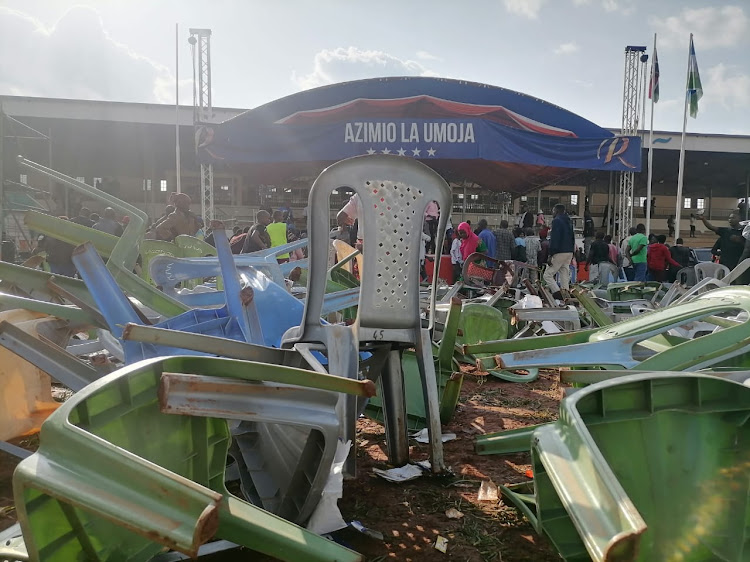 Chairs at the venue were broken as the crowd made their way from the venue. 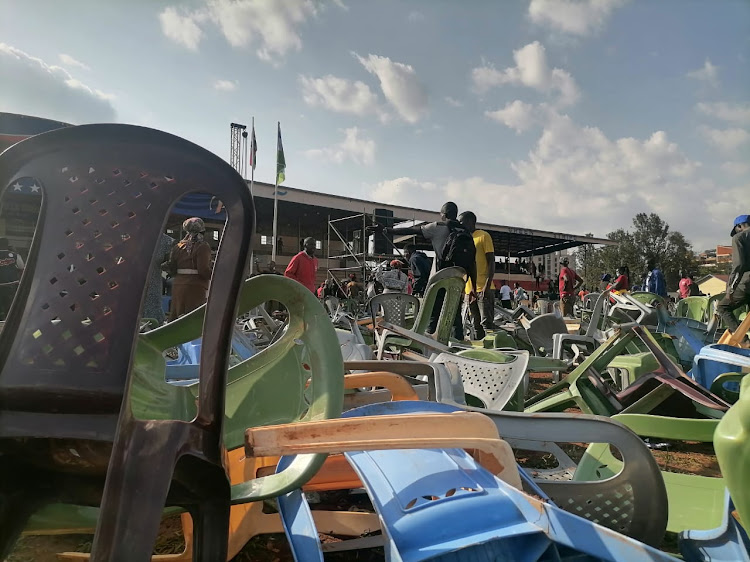 Governor Ongwae is said told Arati to keep the meeting, a directive the MP defied on Thursday.

The disruption of the rally came hours after another standoff was witnessed on the way to the Stadium.

There was a running battle in the town after police lobbed teargas at supporters of Ongwae and Arati who clashed at the town centre while on the way to the Stadium. One person was reportedly injured in the head in the ensuing battles.

The youth was injured as they clashed with police officers at the entrance to Gusii Stadium, the venue for the rally where Karua and Ida were due to meet women.

The gate to the stadium was partially destroyed as pro-Arati supporters attempted to force their way in before they were repulsed by police.

Kitutu Chache South MP Richard Onyonka who is seeking the Senate seat under the ODM ticket had to lead the youth to the Capital round in the Centre of the County capital where, he together with gubernatorial candidate Simba Arati, addressed them.

The youth, in hundreds, were to later storm into the stadium overwhelming the detachment of officers manning the gate.

This time, they did not fight back making the all-women event for both genders.

Chaos were occasioned by supremacy battle between Ongwae and MP Arati.
News
1 month ago

The report to have them indicted was filed at Kisii Central Police station.
Counties
1 month ago
WATCH: The latest videos from the Star
by MAGATI OBEBO @magatinews
News
30 June 2022 - 16:40