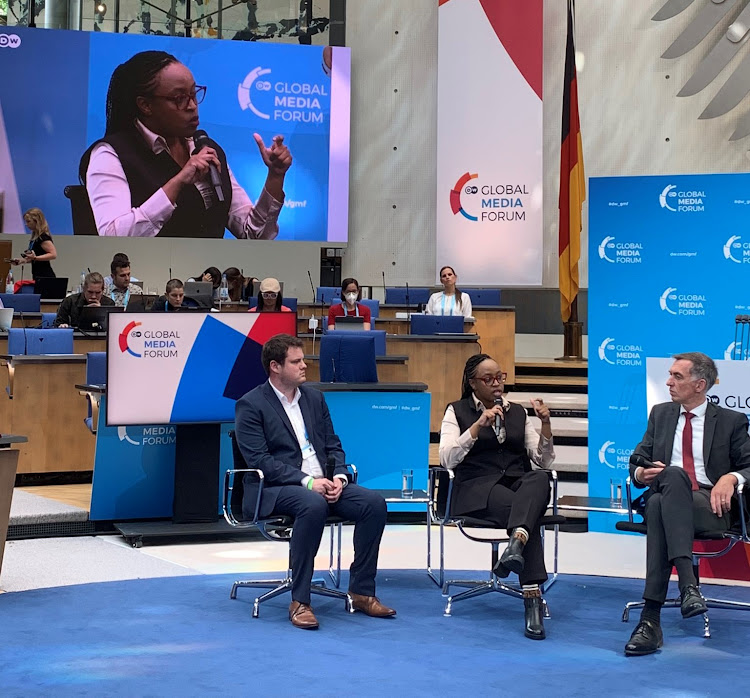 How often do you receive photoshoped political images, doctored clips or manipulated screenshots on the campaigns?  What implication does this have on the polls?

Well, experts are warming that fake news and disinformation could lead to potentially greater electoral violence across the world, including Kenya.

Kenya's upcoming election featured at the DW Global Media Forum during the panel discussion on "The false fight against fake news: Anti-disinformation laws and press freedom as well as America's in 2020 polls.

Jodie Ginsberg of Committee to Protect Journalists warned that unless companies like Meta address disinformation and misinformation on their platforms, "we'll likely see much greater violence during elections around the world".

"What we see is that these companies react when there is political capital. For instance, they moved to changing things around in the US following the January 6 assault on the capital. But we don't see similar actions around other countries and we are worried about coming elections," Ginsberg said in a panel discussion.

Debunk Media's Asha Mwilu said a situation where there is elite media capture and without independent media to counter disinformation is a recipe for disaster.

Mwilu said hate speech messaging in the August 2022 election was similar to that of the 2007 polls, which resulted in violence that claimed more than 1,000 people and displaced about 600,000 others.

"Mozilla have a brilliant fellow in Nairobi who has been monitoring disinformation campaigns online. Tik Tok, which is becoming very popular among young people in Kenya, and I think in many developing countries, had some 300 accounts posting hate speech videos around Kenyan election," Mwilu said.

"We are seeing the same messaging as was in 2007 on TikTok.  Research showed the videos from the 300 accounts had been viewed by more than four million people. When the study came out, Tik Tok pulled down the accounts but it was a little too late. So it is not just a problem with Facebook but the various platforms," she added.

The Debunk Media founder said pulling down videos cannot be a solution and there is need to discuss algorithms and content moderation.

Does fact checking help? It often comes too late when the fake news has spread. The distribution of the fact check is also unusually slow.

Rebuilding enthusiasm for facts, Ralf Bester from the German Federal Office opined, was a better guard against fake news and disinformation.

"That is the question of media and or scientific literacy needs to be addressed, differentiate facts, opinions, impressions and reality and this goes into the field of education," Bester said.

It makes it difficult for voters to make informed decisions because they do not have the facts and the long-term danger of basing decisions on manufactured reality is spending years ruing voting decision for a candidate or a party.

"And even the politicians who manufacture a political reality to win elections have a hard time governing. Simply because they built castles in the sky, trying to fulfil their campaign promises becomes much harder—the reality is different, and doesn’t match the expectations. Development suffers. Democracy too," Shiundu said.

Secondly, when hate speech and false information are used to build misleading narratives about candidates and political parties, it escalates political polarisation, he said.

"In a country like Kenya, where political mobilisation is ethnic-based, and at this time when political rhetoric has elements of a classwar (hustler-dynasty dichotomy, high prices of basic commodities, unemployment), it is a risky environment. In such cases, hopeless politicians can pollute the information terrain and incite violence just to get to power," Shiundu said on Saturday.

Shiundu, however, noted that electoral violence is dependent on multiple variables such as the incentive for peaceful campaigns and elections, and on the responsibility on authorities to maintain law and order.

"The last one is on the transparent, verifiable and credible execution of the elections. As you can see, if all these go wrong, false information will be the least of your worries. But mis-dis-information can be used to make it difficult to achieve all three," he said.

He noted that fact-checking initiatives such as Africa Check, Pigafirimbi, AFP Fact-check, Pesacheck, and Fumbua (the collaborative journalism project at Baraza Media Lab) have helped to reduce the cycle of misinformation and disinformation from public figures, regarding the current political realities.

The fact-checkers are collaborating with platforms and media houses to sort fact from fiction, he said.

Says the information is being peddled by rivals, should be ignored.
News
2 months ago

David Omwoyo, MCK CEO, says this particular election season is difficult to cover because of the evolving nature of media
News
2 months ago
WATCH: The latest videos from the Star
by ELIUD KIBII Subeditor and writer
News
26 June 2022 - 22:00