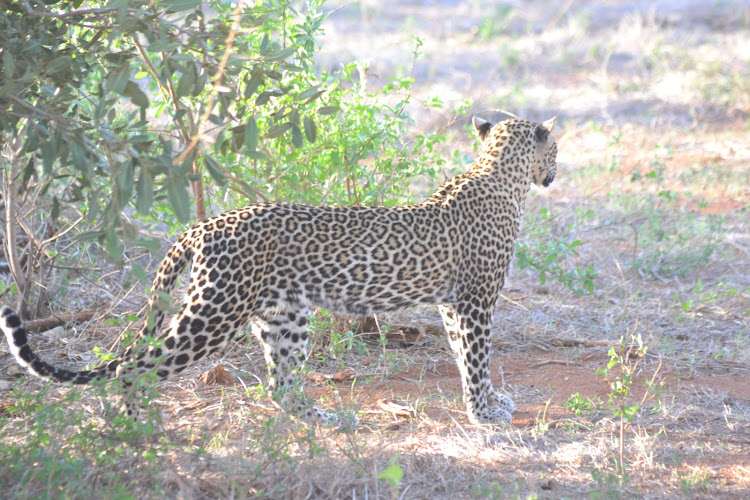 A leopard looking for prey in Tsavo East National Park. A similar one has been spotted in Arabuko Sokoke Forest Kilifi county.
Image: ALPHONCE GARI 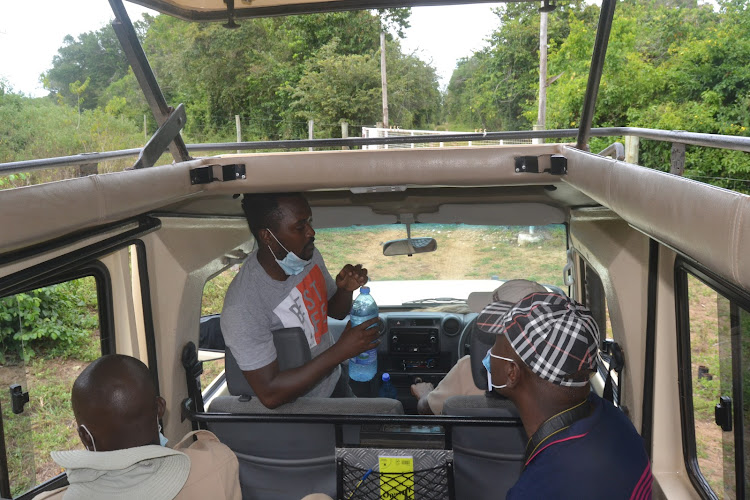 A leopard has been spotted in the Arabuko Sokoke Forest, East Africa’s largest coastal forest.

Conservationists said this was the first time a leopard was sighted in the vast forest, which is common with elephants, birds, and butterflies.

They are watching to see if the leopard will return to Tsavo East, where it is believed to have come from.

This comes barely a day after Ganze residents raised concern over increased cases of attacks from elephants from Arabuko Sokoke.

The leopard, which is believed to be still in the forest, was photographed by camera traps installed by Friends of Arabuko Sokoke forest who are in the forefront in helping on surveillance together with the KWS and Kenya Forest Service.

In a telephone interview, he said they are not sure where it is from Tsavo or from the other side of Lamu where such cats or carnivorous animals are common.

Ochieng said they have also managed to record photographs of lion and Sokoke cat.

"We cannot know whether it's from Tsavo or Lamu, it could be that Tsavo is too dry, or they could be following their prey," he said.

Before, he said there were no cases of carnivorous-human conflicts, but currently they have been getting reports weekly of carnivorous animals having caused the death of domestic animals in Jilore and Matsangoni.

Nature Conservation programmes coordinator (Coast region) Francis Kagema said most of the big cats are found in the savanna and woodlands, which are more open.

Kagema said it was not normal to find the big cats in Arabuko Sokoke forest, but occasionally they find themselves there.

He said they have recorded hyenas, lion and now leopards, but they do not last long in Arabuko Sokoke because the forest is too thick for them to fit in.

The coordinator further said in Arabuko there are carnivores, including Karakou which is a small cat-like mid-sized dog that is not like the lion or the leopard, but survives with the prey in the forest such as elephant shrew and dik diks, among other prey.

He said for big cats, the forest is unsuitable ecologically, adding that because of their behaviour, chances of getting food are limited.

"Because of lack of prey in Arabuko they will prey on animals, which poses a risk on human beings," Kagema said.

Some years back, he said, a lion mauled a human being at Dakatcha, Magarini subcounty.

For the leopard, he said, the risk is not for people but livestock — mostly goats, sheep and goats. 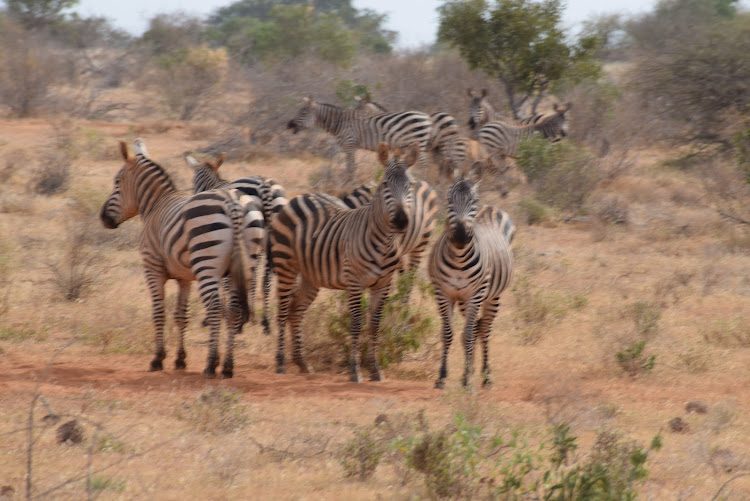 Reports indicate some marine species such as sharks, stingrays and guitarfish are threatened due to bad fishing methods.
News
6 months ago