The last execution in the country took place in 1987.

•In 2009, the late president Mwai Kibaki commuted the sentences of more than 4,000 individuals which is the largest recorded single death row commutation. 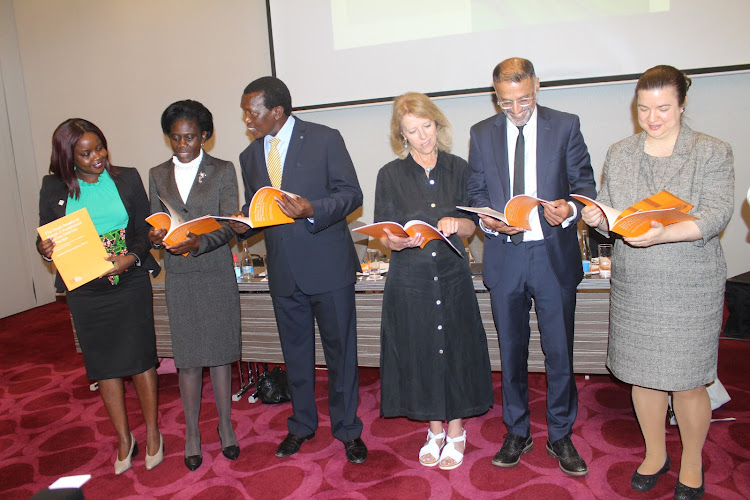 The majority of Kenyans believe that a high number of innocent suspects have wrongfully been sentenced to death, a new study has shown.

A new study ‘The Death Penalty in Kenya: A punishment that has died out in practice’ that was released on Tuesday at Radisson Blue Hotel shows that 61 per cent of the public thought that many or some innocent people have been sentenced to death in the country.

The study says there was a possibility that innocent could be sentenced to death.

The report which was conducted in 2019 examined citizens’ attitudes towards the death penalty in the context of their wider knowledge and understanding of criminal justice and punishment.

Some 1,672 Kenyans were surveyed across the country.

Further, 42 opinion leaders were also interviewed to seek their opinion across the country.

Nzioka said members of parliament should take responsibility and amend the laws.

“The death sentence is still in our laws and statutes,” she said.

Nzioka added: “What could be easier than us having amendments to the various constitutional statutory provisions to say what we want to say.”

She said that she hopes that with the launch of the report and with sensitization of the public, and the commitment of all stakeholders, the courts are ready to apply and abide by the constitution and all the statutory provisions.

Nyeris echoed Nzioka’s sentiments saying parliamentarians must do their job.

"Death penalty is contrary to human rights and not effective in fighting crime hence does not make the society any safer," Nyeris said.

The study was conducted after The Death Penalty Project and the Kenya National Commission on Human Rights commissioned Prof Carolyn Hoyle who is the director of the death penalty research unit of the University of Oxford to undertake the study in order to provide accurate data on attitudes towards the death penalty in the country.

The report shows that 51 per cent of the public favour retaining the death penalty, 32 per cent strongly.

The study says despite 51 per cent of the public initially supporting the death penalty, most respondents were becoming against its imposition when presented with a range of realistic case scenarios.

Those in favour of the death penalty believed it was necessary to deter crime and deliver retribution to the victim’s families.

However, those against the death penalty believed that criminals deserve the opportunity for rehabilitation.

For over 30 years, the death penalty has not been carried out in the country.

The last execution in the country took place in 1987.

There are four crimes currently punishable by death in the country.

There are approximately 600 people on death row in the country.

The study shows that the public knowledge of the death penalty in the country is limited.

According to the study, only 21 percent knew and know executions that had taken place in the past 10 years.

The study says the opinion-formers were in favour of abolishing the death penalty, with 82 percent strongly in support.

This is because they were well informed on the administration of the death penalty in the country but thought that political decision-makers were not especially regarding research on capital punishment.

The study says 93 per cent of opinion formers thought Kenya should be influenced by the high rate of abolition around the world.

Nearly all opinion formers said that they would support an act of parliament to abolish the death penalty.

The study says the abolition of the penalty in some countries such as South Africa and Rwanda coincided with the end of a repressive regime.

In other countries, economic and political incentives for abolition were powerful including across Eastern Europe during the 1990s.

Abolition can be led by a president and brought about by a vote in parliament as happened in July 2021 in Sierra Leon and in May 2020 in Chad when the national assembly abolished the death penalty for terrorism-related offences, having abolished it for ordinary offences in 2017.

In Kenya, the number of those on death row has been vastly inflated by the use of mandatory death sentences preventing the use of judicial discretion.

This problem has been intermittently addressed by the use of mass commutations of death row prisoners.

For instance, in 2009, the late president Mwai Kibaki commuted the sentences of more than 4,000 individuals which is the largest recorded single death row commutation.

On both occasions, before the commutations, Kenya had the largest death row population of any African nation.

Habit and inertia may be the main reasons Kenya retains the death penalty.
Opinion
1 month ago
WATCH: The latest videos from the Star
by GILBERT KOECH AND WINNIE WANJIKU
News
15 June 2022 - 01:47