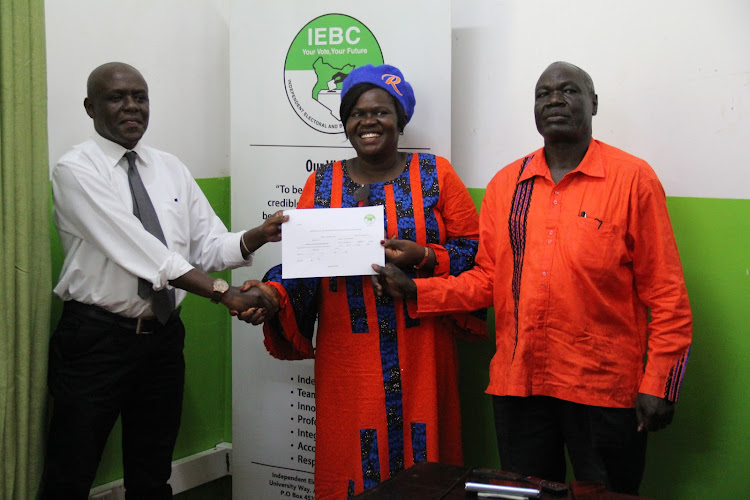 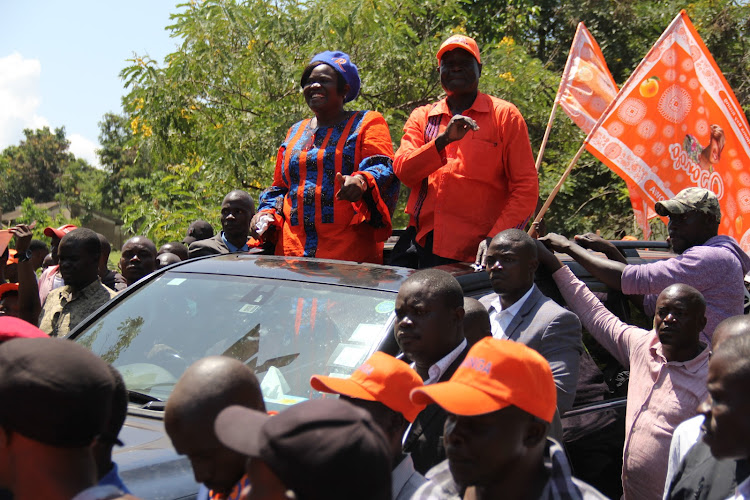 Homa Bay Woman Representative Gladys Wanga has embarked on a call for six-piece voting pattern after being cleared by the IEBC to run for governor.

Wanga alongside her running mate, Oyugi Magwanga, argued that Homa Bay has been an ODM stronghold for long and they should not allow the party to lose its popularity.

Residents voted for ODM candidates in 2013 and 2017 general election, which has seen Homa Bay perceived as the party stronghold.

They voted for all eight MPs, Woman Representative, senator, governor and presidential candidates. Out of 40 wards, 38 MCAs got elected on the ODM ticket in 2017 polls.

On Monday, Wanga asked residents to repeat the same to maintain the party strength in the county.

She said they are going to engage residents and persuade them to vote for ODM candidates only.

“We’re going to rally residents to vote for only ODM candidates to strengthen the party. We want to mount peaceful campaigns to ensure we deliver on the agenda,” Wanga said.

Wanga told journalists her clearance marked the beginning of popularising the party in Homa Bay.

She expressed confidence that residents will vote and make them win the seat on August 9.

The Woman Representative told politicians competing alongside them to carry-out their campaigns peacefully.

She said they do not want rivals hiring goons from outside the county to disrupt peace during campaigns.

“I have committed to conduct peaceful campaigns and I hope our competitors will do the same. Let politicians not hire goons to cause fracas in Homa Bay,” she said.

Wanga is competing against former Nairobi Governor Evans Kidero, who is contesting on an independent ticket. Kidero was cleared on Sunday.

Wanga and Kidero are seeking to succeed Governor Cyprian Awiti, who is serving his last term.

She called on security officials to accord all female candidates security in the county.

“I and fellow female candidates should be given adequate security during the campaign period,” Wanga said.

Magwanga called on the IEBC to undertake credible elections.

“It is through credible elections that Homa Bay residents can get leaders who can transform their lives,” he said.

They highlighted their development agenda, which includes improvement of health sector, agriculture and fisheries, providing clean water, education, roads and women empowerment, among others.

“Health is key because it is an enabler for participation in development projects. We must equip our health facilities and insure vulnerable households for medical care,” Wanga added.

The duo was accompanied by Homa Bay Senator Moses Kajwang’, MPs Martin Owino (Ndhiwa), Ong’ondo Were (Kasipul), and Adipo Okuome (Karachuonyo). They are all defending their seats.

Wanga: I will not inherit Awiti’s cabinet ministers